Over the past two years we’ve seen Reddit penny stocks continue to grow in popularity. Has Reddit, of all places, become a viable source for stock information? For many who have profited, the answer is a resounding “yes!” However, with so many stock-picking platforms out there, it can be hard for readers to know what to believe. And, as always, I must say that investing in penny stocks comes with a much greater degree of risk than many other investments. 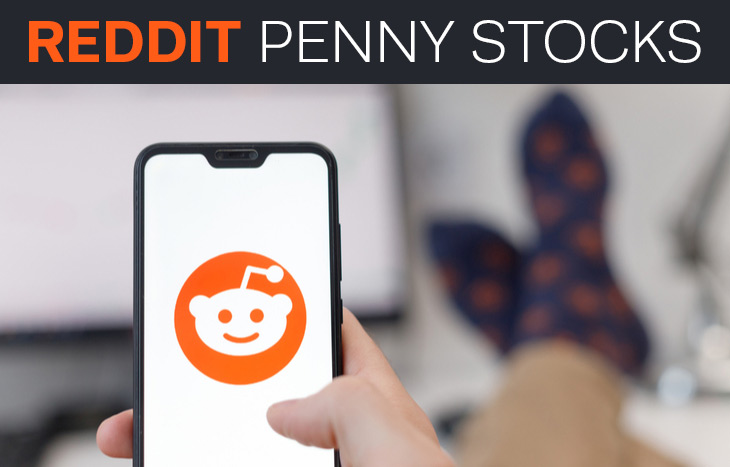 The majority of stocks that have done well on Reddit tend to be in the retail stocks sector. Unless you’ve been out of the loop for some time, you’ve likely heard the news from late January of 2021 about GameStop (NYSE: GME). Reddit, WallStreetBets, short squeezes… ring a bell? While GameStop was not technically a Reddit penny stock at the time of this event, it wasn’t far from one.

Penny stocks typically trade for less than $5 per share. GameStop was still under $20 a share in the beginning of January 2021. At least until millions of young investors drove the stock price up 750%. GameStop surged all the way to $347 in just over a week.

Since this event occurred, investors have been asking if this is a one and done situation, or if this is the start of a Wall Street revolution? Well the answer is a little more nuanced than that. Social media has certainly been a huge driver of growth for meme stocks in recent months. However, there is massive volatility involved, and in most cases, a very short window to buy and sell. This is even more true of Reddit penny stocks.

Trade of the Day’s Head Trade Tactician, Brian Bottarelli had this to say about meme stocks on Reddit…

Reddit can be great for quick-hit stock information – but your holding time cannot be longer than the blink of an eye.

By “the blink of an eye”, Bryan is referring to the fact that meme stocks tend to decline just as fast as they rise. GameStop dropped back to reality within a matter of days. Then again, in late May and early June we saw AMC Entertainment Holdings Inc (NYSE: AMC) jump up more than 1,470%. That stock did not drop off quite as rapidly. However after about a month, AMC began to decline and is now nearing close to half of what it was just weeks ago.

There are many subreddits that discuss penny stocks. However, https://www.reddit.com/r/pennystocks/ has been around the longest and currently has 1.7 million members. Some of the most discussed Reddit penny stocks currently include:

Are Any of These Reddit Penny Stocks Actually Good Investments?

Honestly, if you look at the six most mentioned current Reddit penny stocks, they all have terrible long-term track records. Many of them have dropped a lot over their stock history. Can the meme stock phenomenon artificially drive these stocks higher? As we discussed earlier, the social-media crowd can certainly influence share price in the short term. However, for investors to consider holding on to these stocks for any reasonable amount of time, there has to be a more compelling reason to do so.

Out of all of these stocks, Gran Tierra Energy has seen the most momentum over the past few months. The stock has climbed 368% this year alone. Yesterday, Gran Tierra Energy Inc. (GTE) reported third-quarter net income of $35 million. This comes after reporting a loss in the same period a year earlier. The Canadian oil and gas company will have to compete with the ever-changing energy landscape for years to come. But overall, GTE is a stock worth watching to see if this recent momentum can continue.

As an alternative to Reddit or other social-media platforms, investors can look to investment websites for picking stocks. Additionally, consider signing up for our free Trade of the Day e-letter. At 5 p.m. ET, Monday through Friday, you’ll receive a quick recap of one of the most important trades we’re tracking. These are often the trades that could lead to substantial wealth creation – and you’ll know about them well before anyone else. Sign up today to beat the Reddit penny stocks crowd!