What are meme stocks and why are they so controversial? In fact, this is a question that has led to various debates by investors of all experience levels. Some are on board with the social media-fueled movement. Others believe it’s reckless investing that will lead to larger problems in the future. Let’s take a deeper look at this investment trend that has taken the American markets by storm. 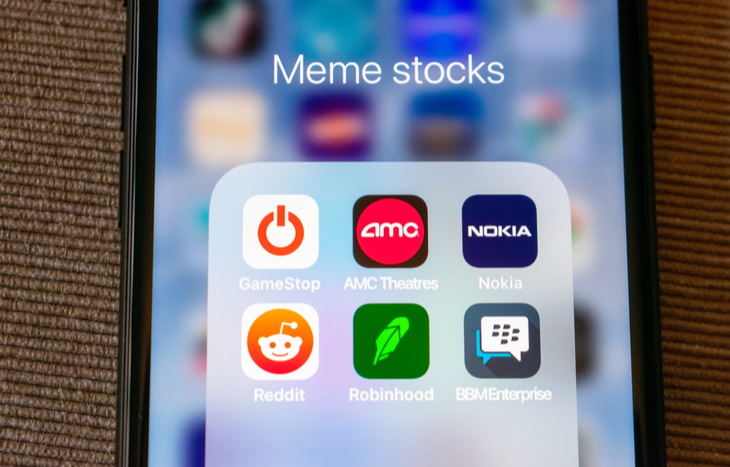 What Are Meme Stocks by Definition?

The term “meme stocks” has become the center of attention for investors throughout the end of 2021 and much of 2022. Along with cryptocurrencies, it’s the most controversial topic within the financial industry at the moment.

So, what are meme stocks exactly? A meme stock is any publicly-traded company that is facing excessive trading volume from retail investors on social media. In general, it’s a stock that is going “viral” on various social media platforms that leads to skyrocketing share prices.

This all began with a community of investors on the Reddit forum “WallStreetBets” who recognized a trend of large hedge funds that were shorting GameStop (NYSE: GME) stock. Specifically, these hedge funds believed GameStop had a bearish outlook due to the closure of stores throughout the country. Therefore, they decided to bet against or “short” the stock.

The Reddit community responded by buying shares of GameStop in massive waves. This caused the share price to skyrocket in what is known as a short squeeze.

As a result, various trading platforms such as Robinhood and TD Ameritrade began limiting or completely halting trading on GameStop stock due to the volatility and other underlying financial requirements. And thus, the meme stock was born.

Can You Get Rich Off Meme Stocks?

What are meme stocks and can they make you rich? This is where the controversy really begins to heat up.

Due to the volatility, hedge funds began losing billions of dollars while novice investors were raking in decent payoffs. In turn, this led to further interest from new investors looking to “stick it to the man,” so to speak. And GameStop was just the beginning.

Next came AMC Entertainment (NYSE: AMC) and BlackBerry (NYSE: BB). Some experts even consider Dogecoin to fit into the “meme stock” category due to its viral success on social media.

Each of these stocks has had its share prices skyrocket during periods of social media influence over the past two years. Nevertheless, data shows that each company faced major volatility following the original rise in share price. So, while some investors brought in great returns, others most likely lost huge chunks of their investment.

Can you get rich off meme stocks? Sure, but you’re just as likely to lose it all. Meme stocks carry much higher risk because of their heavy reliance on social media. This is why it’s so important to balance your portfolio and do your research before investing in viral stock trends. And furthermore, the “meme stock” trend is losing its shine due to the stock market’s downward trend in general. As inflation rises and the market falls, meme stocks aren’t grabbing headlines anymore.

Investing in Stocks That Go Viral

Trending stocks and viral stocks are not one in the same. Overall, stocks trend upward due to a company’s recent innovations, partnerships, financial success or news reports. Viral stocks, on the other hand, are dependent on a social media push. And, in most cases, these companies are currently being shorted due to their financial struggles.

All investments come with varying amounts of risk and reward. But you can identify these risks and potential rewards through data analysis and charting.

What are meme stocks going to become over the coming months? It doesn’t seem like the movement is going away anytime soon. Especially with social media playing such a big role in our lives these days. Therefore, you may want to keep a close eye on these viral stocks and trends going forward.