A few years ago, Reddit trending stocks and feeds were unknown and mistrusted. That’s because there weren’t many users of Reddit. And those who did take part in these feeds were not generally respected in the financial space.

But over the years, more users have come to the platform. And many of them have been very successful in the investment space. It still is wise to heed caution. And take some Reddit responses with a grain of salt.

But a few times, users have made Reddit trending stocks soar just by talking about them.

And often, Reddit feeds can pick up news about stocks before news sites can. That’s because many of the Reddit participants are “in the trenches.” They find or hear gems of info in passing. And they share them on these feeds.

Plus, it can take some digging to find some great pieces of info about these Reddit trending stocks. But they’re usually worth the work.

These are some of the stocks that users are talking about a lot recently on Reddit investment feeds. 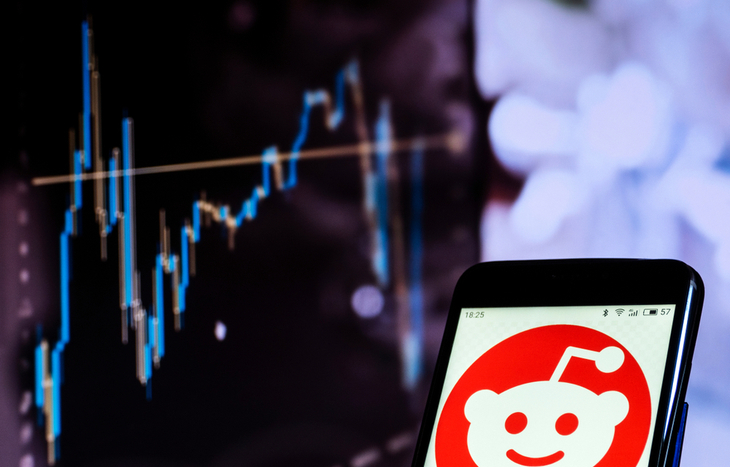 Microsoft is most famous for its software products. The company is constantly ranked as one of the best places to work, and creativity is encouraged.

Over the past years, they’ve been exploring more physical products to offer, too. Things like laptops, gaming consoles and touch screen devices.

Recently, Microsoft announced its decision to buy Activision Blizzard. This means there could be huge gains for both parties. Microsoft intends to expand its gaming branch.

And shortly after this announcement, Activision soared, too. Then, reports of Microsoft taking strict disciplinary action came to light. And stock came back down.

Apparently, there was lots of sexual harassment and other mishappenings within Activision.

But, this presents a great buying opportunity for both companies.

GameStop had a huge rally back in December of 2020. And since then, it’s stayed much higher than it ever has been.

It’s been incredibly volatile, and that’s something to watch out for. Because volatility means you can lose your entire investment if you aren’t careful.

But, that also means great buying opportunities. That is, if you know how to trade volatile stocks like GameStop.

This Reddit trending stock is a gaming company. And that makes it popular with Reddit users. Because many are gamers themselves. But since that huge rally, it’s become even more popular.

Now, GameStop is launching an NFT line and getting into the crypto space.

Nvidia is a Reddit trending stock that specializes in computing hardware. And they do this in both the business world and gaming industry. Additionally, it provides solutions for the auto market.

Stock has taken off in 2015 and 2016. It’s coming down in a small correction, too. So, it could be a great buy opportunity. And with the metaverse coming, the company could have some major expansion opportunity.

One interesting piece of software they offer is a painting app. It uses AI to turn simplified brushstrokes into a very realistic landscape.

They are a company that operates in several countries, and market cap sits around $652 billion.

Tesla’s another Reddit trending stock that has had its fair share of attention. Reddit users seem to have an affinity for Elon. And I can’t blame them. He’s an incredible leader and forward thinker.

Right now, Tesla is expanding their energy branch in Texas. The new headquarters for the company is going to take an investment of $10 billion.

It’s a large undertaking on Tesla’s part. But, Elon expresses that it’s a major part of the company’s expansion plans.

This Reddit trending stock is the largest ETF in the world. And it’s had lots of steady bull runs, too. This is a great stock pick for steady, above average returns each year.

It’s incredibly diversified. And, it’s returned about 10% on average each year.

Of course, it has its dips when the market turns sour. A good example of this is the recent downturn. The bottom happened around April 2020, and it had fallen over 30%.

But, that’s with any stock or market. And, if you held on and didn’t panic sell, you would have more than made up for it.

Activision is a Reddit trending stock that will soon be bought out by Microsoft. Upon Microsoft announcing this, Activision Blizzard soared.

It came back down quickly. Because there were many people being fired and disciplined at Activision. Apparently, there was a lot of sexual harassment and other unethical behavior.

But it seems Microsoft is cleaning the place up. And, Activision going back down means there’s a wonderful buy opportunity.

Microsoft is using the new acquisition to expand its gaming efforts. So, Microsoft had some work to do. But, Activision could still come back up again.

The deal is almost $70 billion. One of the largest acquisitions in Microsoft’s history. And Activision is no slouch when it comes to gaming. They own games like “Call of Duty” and “Candy Crush.”

Goldman Sachs is a very prestigious financial institution. It offers many different financial services. Including banking and investment solutions. As a global company, it has plenty of clients.

And those clients have a broad range, too. This Reddit trending stock serves private investors and large institutions alike.

Being founded in 1869, it is a great stock if you’re looking for something stable and reliable. It also offer a nice dividend yield. And it sits higher than 2%.

That’s a good number that allows shareholders to get a nice source of income. But that number also reflects that they are doing well.

Sometimes, high dividends are a sign of a company in distress. They will make a super-high dividend, like 12%. Not always, but many times, that is a ploy to attract investors.

It seems that’s not the case for Goldman Sachs, though. The company seems to be strong and doing well.