Refinable Crypto Is Bringing NFTs to a Whole New Realm

The Refinable crypto, FINE, just became a bit more utilitarian. In the process, it’s gained a status that’s similar to currency. This is all thanks to Refinable launching the first major nonfungible token (NFT) platform on the Binance Smart Chain.

Up until this point, the Ethereum blockchain ruled the roost when it came to all things NFTs. This blockchain played an integral role in putting these sorts of products on the map. And in the process, the value of the Ethereum token (ETH) has risen dramatically. Its sharp rise in value led to Ethereum’s creator becoming the world’s youngest crypto billionaire. And now Refinable is hoping to follow that blueprint. 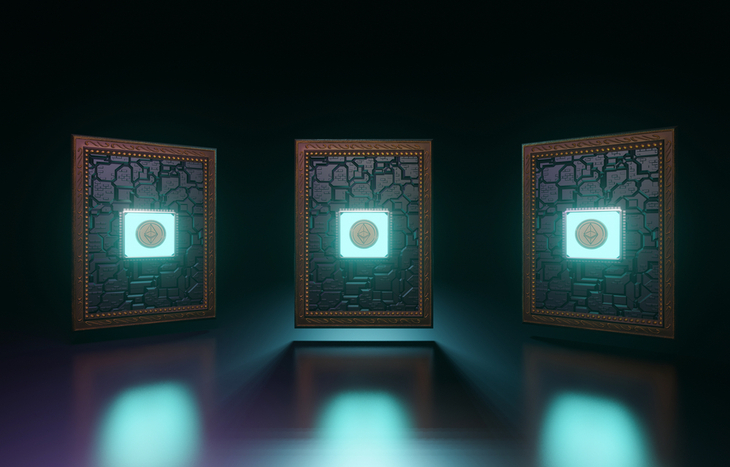 The biggest complaint that developers have about operating on the Ethereum blockchain is the high transaction costs. These costs have played a role in limiting the breadth and scope of the NFT market. That’s because creators, collectors and traders don’t want to give up such a large piece of their pie. However, Refinable building its platform on the Binance Smart Chain can reduce the transaction costs… and even speed up transaction times.

All of this could lead to a major shakeup for Ethereum. And in the process, it could mean a sharp increase in the value of Refinable crypto (FINE) and Binance Coin (BNB).

How the Refinable Crypto Is Going Legit

We’ve seen the crypto market surge like no other asset class this year. The founder of Manward Financial Digest, Andy Snyder, predicted 2021 would be the year of crypto. And so far, he’s been spot-on.

New altcoins like Elongate and SafeMoon have launched and spiked in value in a matter of weeks. Bitcoin has obviously come back in vogue too. It’s doubled in value since the beginning of the year (with a few hiccups along the way). And let us not forget the wild ride Dogecoin has been on.

But there’s more to the crypto market than just rocket-propelled gains. In fact, it’s beginning to look like the stock market in some ways. Bitcoin is akin to a blue chip stock at this point. And those altcoins that are popping up everywhere are like the penny stocks… They could deliver amazing gains… or they could go bust.

Then you have your more practical coins. I’d put Ethereum and BNB in that category. They’re like dividend payers. They should continue to rise in value. But they can also serve a transactional purpose. And now, I think the Refinable crypto, FINE, fits this bill too.

Remember when the digital artist Beeple sold his collage through the legendary auction house, Christie’s, this year? It marked two major milestones. For starters, it was the first time a major auction house offered a purely digital work with a unique NFT. It was also a first in that Christie’s allowed payment in the form of cryptocurrency. In this case, it was Ethereum.

Like Ethereum, Binance Coin can have an integral role in investing in other things as well. It’s a very popular coin to use in order to buy other cryptos. And now the Refinable crypto can be seen as a smart choice to invest in NFTs.

The NFT market is growing like wildfire. And the Refinable crypto team doesn’t want to miss out on it. You can check out our quick explanation of NFTs here. But above and beyond Beeple’s massive payday, artists of all sorts are getting in on the action. Kings of Leon released an NFT album. So have Aphex Twin, Grimes and Lil Pump. Rapper-turned-grifter Ja Rule has sort of entered the space as well. He auctioned off a physical NFT of the ill-fated Fyre Festival logo – which isn’t so much an NFT as a piece of art. But that seems to be Flipkick’s schtick as it offers cryptographically authenticated physical works.

Fashion is getting in on the action as well. Collectors can pick up virtual hoodies from famous streetwear brands that sell for around $26,000. That suspicious young lady from the disaster girl meme has grown up and sold the original photo as an NFT for $500,000.

But the NFT revolution is still in its infancy in many ways. For the most part, major fashion houses offer GIFs of their clothing pieces that don’t really do much. But there are examples of games like Decentraland that offer fashion NFTs for the player’s avatar. However, it won’t be too long before fashion-based NFTs can be implemented in other games… and quite possibly onto ourselves with the ushering in of augmented reality.

If the NFT revolution comes anywhere close to this, Ethereum will obviously be a market leader. If nothing else, it will become one just because so much of the NFT world lives on the Ethereum blockchain. However, it will be facing competition from the likes of the Refinable crypto team, which has developed a competing space to make, sell and trade NFTs. And if developers like what they see in reduced transaction fees and increased speed, that could be huge for the Refinable crypto, FINE… since those who use FINE in transactions will see a hearty discount.

The Bottom Line on Refinable Crypto and a New NFT Marketplace

The Refinable crypto team looks like it took its time and didn’t rush into the NFT market to try and capitalize off a trend. It built itself around scarcity, a wide array of content variety, user input, decentralization and, of course, low transaction fees.

Those who choose to use this marketplace will see a boon from using Refinable’s native token, FINE. FINE holders can obviously use it to settle transactions. And by doing so, they’ll receive discounted service fees. Verified holders will also have first access to new products on the market. It’s a well-thought-out move that could pay dividends for holders and adopters of FINE.

If you’d like to learn about the next batch of cryptos poised to move the market, we suggest signing up for Manward Financial Digest. In it, crypto expert Andy Snyder offers all sorts of investing ideas and strategies… not the least of which focus on cryptocurrencies.