Shiba Inu Crypto News: Why SHIB Is Going Up

The battle of the meme coins continues. The crypto markets as whole have experienced a respectable bounce in the past week. However, Shiba Inu crypto news has sent SHIB’s value upwards at a much faster clip.

In the past week alone, Bitcoin has jumped nearly 20% in value. Ethereum has been performing almost nearly as well. And the memers’ darling Dogecoin has is up more than 20%. However, the value of SHIB jumped nearly 60% in the past week. So what’s going on with the so-called “Dogecoin killer?” Well despite some analysts suggesting this canine-themed altcoin has lost its charm, it certainly hasn’t lost all of its appeal. 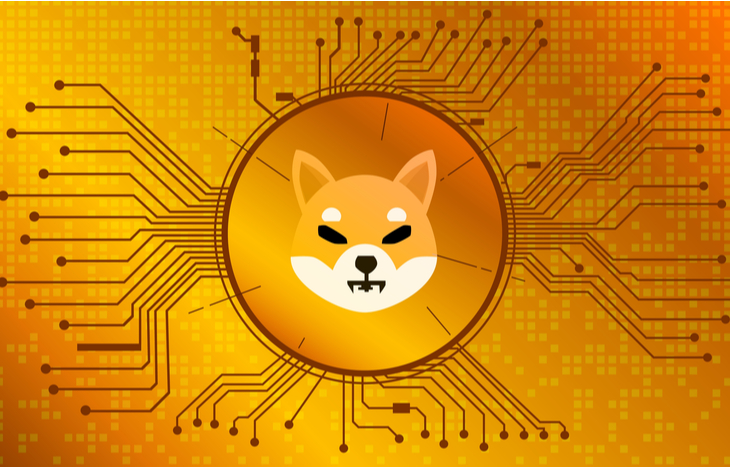 You see, one of the biggest problems with SHIB is the absolutely massive circulating supply. It amounted to more than 549 trillion tokens at last check. Even the supply of Dogecoin pales in comparison (132.7 billion). And this greatly limits its ability to develop into a token that competes value-wise. That’s one reason SHIB is trading at $0.00003359 per token and DOGE is trading for $0.16. With the latest Shiba Inu crypto news, it appears that some investors are starting to realize this. And some are trying to fix the problem in the process.

At the end of 2021, the mobile game Brick Buster completed its first Shiba Inu burn. This led to almost 120 million SHIB tokens being destroyed. Using the $5,000 earned through ad revenue, the games developer sent nearly 120 million tokens to a dead wallet.

As news of the burn spread, the price of SHIB eked ever so slightly higher. And the game has since ramped up its efforts to burn SHIB. By Jan. 10, the total burn by Brick Buster reached 359 million tokens. And rumor has it that February’s burn will be the biggest yet… It’s suspected to total more than 500 million tokens.

This slow burn is the entire premise the game was built on. The goal was to take all ad revenue garnered, convert it to SHIB and burn it. This paired with a gradual increase of functionality should (in theory) raise the value of SHIB.

For instance, the decentralized exchange ShibaSwap was launched last year. Similarly, the largest entertainment group in Paraguay announced last year that it would accept SHIB as payment. And this was in addition to the likes of Lowe’s (NYSE: LOW), GameStop (NYSE: GME), Petco (Nasdaq: WOOF) and Ulta (Nasdaq: ULTA) agreeing to accept SHIB as payment.

But most of this news isn’t what’s behind SHIB’s rise in value. More recently, the Shiba Inu crypto news that’s pushing it higher is about the largest burn yet.

If 4,000 more #shibarmy pitch in $5, we’ll burn 1 BILLION #shib and have our largest burn party ever. That is nothing for an army of this size. Lets work together and make this happen 🙂

As you can see above, the CEO of Bigger Entertainment is looking to lead the charge in a burn of 1 billion SHIB tokens. And Shiba Inu recently launched the Shiboski NFT collection, which led to the burn of 109 million tokens.

So Is it Time to Be Bullish on SHIB?

Whether or not SHIB will ever realize its dream of being the Dogecoin killer remains an open question. But short-term, there is reason to be bullish on this token. If nothing else, because all of this Shiba Inu crypto news is making waves.

If these burns get the attention of other organizations that follow suit, it could be huge for SHIB. Nonetheless, these burns still represent a tiny fraction of the total circulating supply of SHIB. And it appears a lot of people are trading on the news, which makes sense. No other markets out there are affected quite as much as the crypto markets by news stories. But SHIB still has a very, very long way to go before it hits the high-water mark of $0.01 per token. And it’s going to need to have a whole lot more tokens burned before that happens.

Sure, supply and demand dictate the direction any cryptocurrency moves in. But the impetus behind so much of that demand is what’s going on in the news cycle. When China “banned” crypto, it sent the markets reeling… For about a week. When Russia announced it was banning crypto, prices feel in almost every corner of the crypto markets. Here we are a couple weeks later experiencing a resurgence.

The bottom line on all this Shiba Inu crypto news is that we should expect its effects to be short-term. However, if the amount of SHIB burns accelerate, that could act as a major catalyst going forward. Is it worth your investment dollars? Only you can answer that question. While its use cases are growing, it’s still an extremely speculative token. It’s never a good idea to put your nest egg into a penny stock. And we’d suggest the same logic for a token trading for a few thousandths of a cent. But if you’re the gambling type with a few bucks you can afford to lose, Shiba Inu could take you on an interesting journey. And going forward, it likely could have more room for growth than Dogecoin going forward.