The SIMPLE IRA Plan: Who It Suits and How to Benefit

SIMPLE is an acronym that stands for “savings incentive match plan for employees.” And IRA stands for “individual retirement account.” As you might have figured out, this plan is specifically offered by employers… with tax-advantaged incentives for employees who contribute as well. 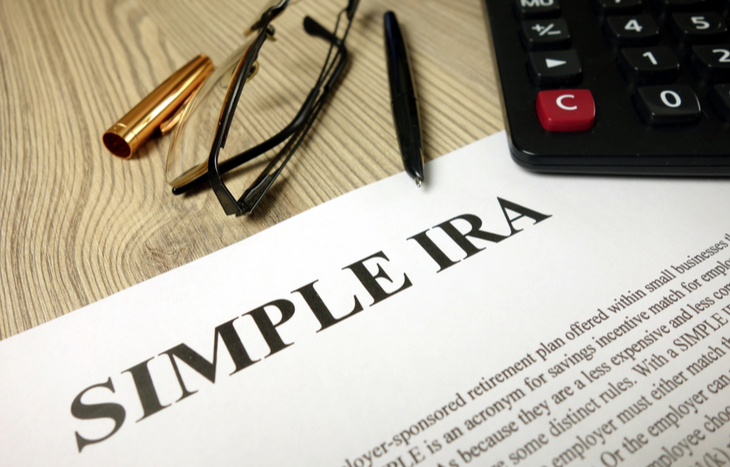 Even though this is a SIMPLE IRA plan, it’s not quite that simple. There are other limitations on this type of plan. While the employee is incentivized to add as much as possible to their account, annual contributions typically top out at $13,500. However, those who will be over 50 by the end of the calendar year can make catch-up contributions. This means those folks can contribute up to $16,500 a year.

Another quirk of this type of retirement plan is that it is primarily offered by small businesses – more specifically, those with less than 100 employees. One reason for this is that these plans are streamlined for those who don’t have a lot of time to deal with piles of paperwork and need to focus on their business. There are no tax filing requirements for an employer offering a SIMPLE IRA plan. And to make sure they’re not taking advantage of the system, an employer who chooses this plan is not allowed to offer any other retirement plans.

Making the Most of a SIMPLE IRA Plan

An employer who sets up a SIMPLE IRA plan for their employees will be doing themselves a favor. Thanks to the Setting Every Community Up for Retirement Enhancement Act of 2019 (SECURE Act), the government provides a tax credit of $500 per year to employers who create a SIMPLE IRA plan. This is on top of tax deductions on contributions made for employees.

While this is a nice incentive for the employer, the real benefits come in the form of the employee’s retirement account – especially if they are able to take full advantage. Let’s look at two examples.

At the end of the year, Tom’s got $4,000 in tax-advantaged funds in his SIMPLE IRA plan. But if he’d chosen not to add anything, the account would be empty. Because under this choice, the employer is mandated only to match contributions. So Tom made a good choice by maxing out his employer’s contributions here.

A Retirement Plan Worth Growing?

On top of the two choices of SIMPLE IRA plans, there are additional factors to consider. Namely, is this where you want to focus on funding your retirement?

Typically, the employer who creates the SIMPLE IRA plan selects the investment decisions. Most of the time, this consists of mutual funds or low-risk securities with a set rate of return. This might be perfectly suitable for someone with no other investments or a retirement plan. In this case, it would make sense for Tom to contribute to his SIMPLE IRA plan regardless of which choice they offered.

However, let’s say Tom were a savvy investor. With each paycheck he socked money into his brokerage account and invested in long-term dividend stocks. This changes the equation a bit. Here’s how…

There’s absolutely nothing wrong with investing in mutual funds or certificates of deposit. But the likelihood they outperform the broader markets is low in the long run. If Tom makes smart personal investments, there’s not much incentive to add at a 2% nonelective contribution SIMPLE IRA plan. He should take the annual contribution of $1,000 from his employer and focus his efforts elsewhere.

But if Tom’s employer has opted for the dollar-for-dollar match choice, that could change matters significantly. After all, there’s no sense leaving money on the table, especially when it’s free. If Tom is having success investing on his own, he should focus simply on maxing out his employer’s contribution. So instead of putting $5,000 in his SIMPLE IRA plan, he can maximize contributions by adding $1,500. And his employer will have to follow suit. And he can focus that extra $3,500 elsewhere.

The SIMPLE IRA plan has earned its unassuming name. It’s fairly straightforward for both the employer and employee. But contribution amounts can be somewhat inflexible. And these plans tend to have lower contribution limits than others.

Like any retirement plan, there are several variables to consider. Retirement planning shouldn’t be taken lightly. If you’re looking for guidance to starting your journey toward financial freedom, we suggest signing up for our Wealthy Retirement e-letter below.