Sony Stock Forecast: Is It a Buy?

Sony Group (NYSE: SONY) is a Japanese company that is most well-known for the electronics that it produces. In addition to electronics, Sony also operates Sony Music and Sony Pictures. Notably, Sony Pictures owns Columbia Pictures, Screen Gems, TriStar Pictures and a handful of other major studies. It reported earnings on May 10. Let’s break down how it did and discuss whether Sony stock is worth buying. 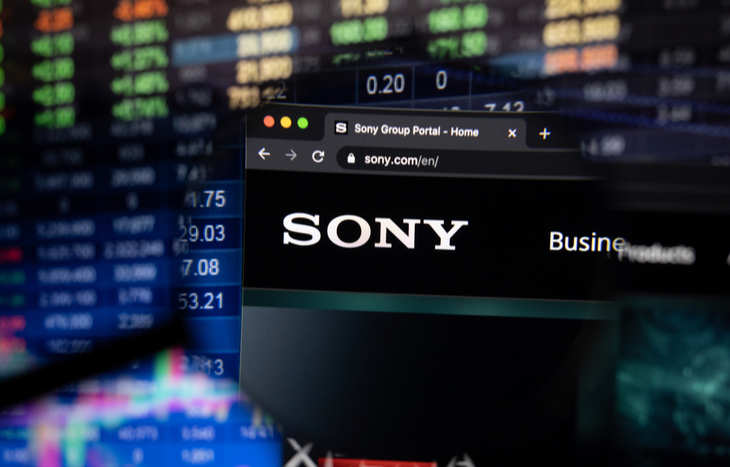 What does Sony do? Sony is one of the leaders in audio and video electronics as well as information technology products. It is known for its popular Play Station gaming consoles. Additionally, Sony owns a major music business as well as several leading movie studios. Its North American headquarters are based in San Diego, California.

Sony attributed its increase in sales to its Sony Pictures and Electronic Products & Solutions divisions. In particular, Sony also raised guidance for PlayStation 5 console sales. It now expects to sell a total of 18 million PlayStation 5s during this fiscal year. Notably, rival Nintendo expects a 9% decline in Nintendo Switch sales.

So far in 2022, Sony stock is down 36%. However, it’s important to remember that we are in the midst of a fairly widespread bear market. Almost all stocks are down so far this year. Over the past five years, Sony stock is still up over 125%.

With all things considered, this past earnings report was not too bad for Sony at all. The stock rose about 2% on the report but immediately sank back down over the next few days. This is most likely due to the macroeconomic environment that we are in.

There is so much uncertainty in the world right now. For example, COVID-19 and the Russia/Ukraine conflict are still ongoing. There is also rampant inflation and the threat that the Federal Reserve will continue to raise interest rates. For these reasons, most stocks are getting crushed regardless of how their business is going.

Despite these risk factors, there is a lot going right for Sony. In particular, projected sales of PlayStation 5 are through the roof. It expects to sell 18 million units, despite all of the global turmoil. Considering the current global chip shortage, this is great news for Sony. It could also mean that the chip shortage is no longer a threat to Sony’s business.

Also, don’t forget that Sony is in the process of buying Bungie for $3.6 billion. Bungie is the maker of the popular franchises Halo and Destiny for $3.6 billion. This move will allow Sony stock to stay competitive with Microsoft amidst the industry consolidation that’s going on. Finally, there’s the success of Sony’s film division.

The success of Spider-Man: No Way Home has flown a little bit under the radar. The latest rendition of Peter Parker is currently the sixth highest-grossing movie ever (globally). It is also the 3rd highest-grossing movie in the U.S. behind Star Wars: The Force Awakens and Avengers: Endgame. Notably, Spider-Man dethroned Avatar which has been at the top of the list for quite some time.

It’s not uncommon to see a superhero movie perform so well. It’s just wild that this success happened in the middle of a global pandemic. On top of that, this series also ended by setting up Spider-Man for more stand-alone and crossover films. This means that Spider-Man should continue to be a huge moneymaker for Sony.

The biggest risk of buying Sony stock right now is mainly all macro-related. Because Sony is such a globalized company, COVID-19 still presents a very serious risk. This is because Sony produces most of its products in Asian countries, where the threat of COVID-19 is still high.

On top of that, inflation is higher than it has been in decades. This reduces consumers’ purchasing power which could lead to decreased demand for Sony products. In other words, people are less likely to splurge on a new PlayStation if they are struggling to meet their bills. In fact, Sony’s CFO, Philip Rowley, addressed this directly on its earnings call.

Rowley stated: “With the situation in Ukraine and Russia and slowdown of the global economy resulting from rapid inflation, we expect the demand environment this fiscal year to be even more severe than recent years.”

This isn’t necessarily to say that buying Sony stock is a bad idea. As stated previously, the company still has a lot going for it. However, Sony stock could still get killed over the coming months for reasons totally outside of its control. For this reason, it might be best to wait a little while before making any major investment decisions.

I hope you’ve found this article on Sony stock valuable! Please remember that I’m not a financial advisor and am just offering my own research and commentary. As usual, please base all investment decisions on your own due diligence.