The hottest stock of fall 2018, Tilray (Nasdaq: TLRY) has fallen considerably from its great heights. With Tilray stock currently trading more than 96% below those grand highs, is there any hope it once again reaches those peaks? Trading at under $8 per share, what should investors realistically expect from Tilray? Using both technical and fundamental analysis, today’s article will aim to project an outlook for Tilray stock. 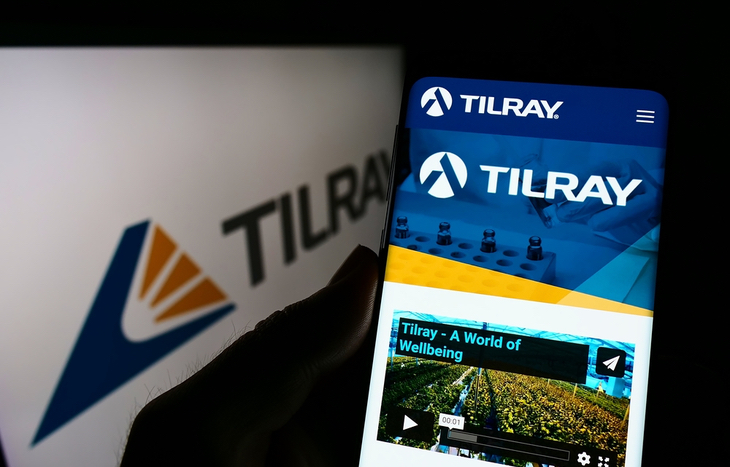 Tilray stock had no quantitative basis ever trading at over $300 per share. Before the great “meme stock” craze, Tilray was taking advantage of the legalized cannabis craze. In 2018, Tilray’s stock grew far more than that of more established companies like CGC, Cron and Aurora. A day I remember well, it hit a peak of $300 on September 17, 2018. Just two months prior, in mid-July, the company had appeared on the markets, trading at $20. Within a span of two months, the stock price went up 15x. Looking back, this provided the foundations for what GameStop would do in early 2020. When the 2018 fiscal year ended, Tilray reported revenue of $43 million and net losses of $67.7 million.

At the time, Tilray stock only had an estimated 184 million shares outstanding. At a momentary trading price of $300, it had an estimated market cap around $55.2 billion. After opening at $2.4 billion just two months prior, is it any wonder the SEC repeatedly halted Tilray stock? Today, a $55.2 billion market cap would garner a rank of 319th biggest company in the world. It would be higher than Capital One, and just below Humana and Heineken. Given the continued appreciation of both aforementioned stocks since then, it’s possible Tilray ranked within the top 300. So remember, for a brief moment, a company with annual revenue of $43 million was trading at over $55 billion.

Today, Tilray has finally become a profitable company. It took until 2020 for the company to finally report more revenue than net losses. The financial statement then? Revenues of $513 million, and net losses of $367 million, for a profit margin of negative 71 percent. Again, that was an improvement from the previous year, where the profit margin was negative 192 percent. Tilray has beat earnings expectations on three of the last four quarterly earnings reports. However, that is with the earnings expectations being negative. It isn’t precisely that Tilray has been making money, it’s that they’ve been losing less than expected. Earnings expectations for their next report on April 6 are a loss of eight cents per share. Their earnings report on January 10, for the quarter which ended in November 2021, was their first positive report. On that day, the company reported net income of $33 million.

Looking forward, Tilray stock is not expected to become [sustainably] profitable until late 2024 or early 2025. This, despite its merger with Aphria last year. In 2018, Aphria was the number four Canadian marijuana company, one of the many companies Tilray leapt over. More recently, Tilray announced a “strategic alliance” with Hexo, a company I’ll cover in another article. All of these moves have not encouraged financial institutions. As of this writing, five institutions have released updated price targets for Tilray stock this year. The highest price target is $9, and the lowest is $6. The other three are: $7, $7.40, and $8. To state that Tilray has any great fundamental upside at this point would be entirely speculative, or unduly optimistic.

So, with all of that said, why has Tilray stock performed so well recently? Year to date Tilray stock is up over 13%. In the last month alone the stock price is up over 30%. So, what gives? Well, to be quite frank, Reddit. Just like with GameStop, the WallStreetBets crowd has taken an interest in Tilray. This also isn’t the first time the Reddit crowd has sent Tilray stock upward. In June of last year, the stock price went from $17 to over $22.5 in 8 days. A neat increase of over 31 percent for the rowdy Reddit crowd. However, as you can see, the stock price has fallen over 64% in the roughly 10 months since. By most technical indicators, operating at multiple time intervals, Tilray is flashing bearish signals.

As of today, Tilray stock has a market cap of under $3.8 billion dollars. Despite having revenues 12x higher than in 2018, their market cap is over 93% less than its peak during that time. Today, Tilray has only reported a single positive quarter. The company is not expected to be sustainably profitable for quite a few years to come. While they have made interesting mergers and alliances, those moves have yet to show any signs of actually panning out.

As it was back in 2018, Tilray remains relegated to the realm of meme stocks. Driven by social media interest, the stock price can rapidly ascend, as it has in the last month. However, as it has in every previous occurrence, it is only a matter of time before the floor falls out. After surpassing $9 yesterday, the stock is now under $7.80, a decline of over 13%. Approach Tilray stock with caution, if at all.