Throughout the span of the COVID-19 pandemic, healthcare companies have been some of the primary beneficiaries. Last week we covered one such company, and today we’ll look at another. Thermo Fisher Scientific (NYSE: TMO), is an American Fortune 500 Company. Early on in the COVID-19 pandemic, they received emergency authorization for their diagnostic testing kit. TMO stock performed quite well since then, and today we’ll look at an updated outlook. 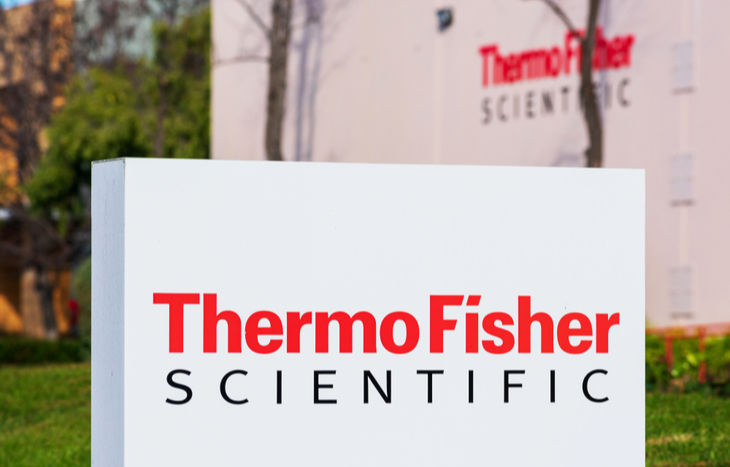 The ROA, ROIC and ROE have all seen similar increases, further demonstrating the improved profitability. The current and quick ratio(s) are both lower than they were in 2018, providing improved liquidity. The debt-to-assets and debt-to-equity ratio(s) are both at all-time highs, marginally above 2017 levels. This is mildly concerning, but should be reasonably offset given the increased profitability and liquidity. Thermo Fisher has reported beats on each of the last four earnings reports, most recently by a substantial amount.

In this calendar year, only three financial institutions have released update price targets and ratings. Wells Fargo has TMO as equal weight/neutral and slashed the price target from $700 to $605. Barclays and BTIG Research both have TMO stock rated as a buy/overweight. In addition, their price targets are $700 and $718, respectively. At current levels, just under $596, the price targets represent a potential upside between 1.5 and 20.47%.

TMO stock has seen a significant appreciation since March of 2020. From trading below $250, to currently trading just under $596, the stock has more than doubled. However, the stock is down thus far in 2022. After hitting an all-time high of over $670 on December 31, 2021, TMO stock has been on a downtrend. Now, some of that can be attributed to the relative period of quiet we had concerning COVID-19. By late February, less than two months later, the stock was trading under $515.

However, given revived concerns with new variants, the stock has been ascending since early March. This correlation is mildly concerning, as the COVID-19 pandemic cannot be expected to last, as it has, forever. To have hit all-time highs around the time Omicron was a national concern, and then faded, is troubling. This may imply that without COVID-19, TMO isn’t as appealing an investment.

The stock seemed to have formed a bull flag pattern between early March and yesterday. It appears to have broken out from the pattern today. Technical indicators are all flashing buy signals, though the RSI is broaching Overbought territory. As such, TMO stock appears to have the momentum to continue its upward trend through the end of the month. However, given recent declines, and lifted COVID-19 restrictions, this may be a brief bounce.

On a fundamental level, there is no doubt that Thermo Fisher is a solid company. However, noted correlations between stock price movement and COVID-19 provide some pause. Given the recent upswing in cases, and parallel increase in TMO stock price, it may continue upward in coming weeks.

However, if the correlation is as direct as it appears, I would reason that the Wells Fargo analysts had the right idea when they slashed their price target. The coming weeks will be interesting to watch, as the nation grapples with new variants and restriction fatigue. If the national trend of COVID-19 related apathy continues, TMO may revisit previous corrections.