Under Armour (NYSE: UAA) competes in the athletic footwear market alongside Adidas and Nike. Lululemon has joined these companies in the growing athlete apparel business over the last few years. A quick Under Armour stock analysis reveals that over half of Under Armour’s revenue comes from its wholesale segment. This segment sells shoes, apparel and equipment to big-box sports retailers like Dick’s Sporting Goods and Champ Sports.

The remaining revenue for the stock comes from sales made directly to customers through Under Armour outlet stores and e-commerce websites. In the past, Under Armour mostly sold athletic shoes like basketball, baseball, football, soccer, and running shoes. The growing popularity of sports worldwide has provided growth for the entire athletic shoe industry.

Over the last several years, the athletic clothing market has added fuel to Under Armour’s sales growth. First, workers took advantage of dress codes that have relaxed over several years. After that, COVID-19 forced many employees to work from home. And comfortable athletic clothing became the new status quo. Analysts project that the global athletic apparel market will grow to over $221 billion by 2026. 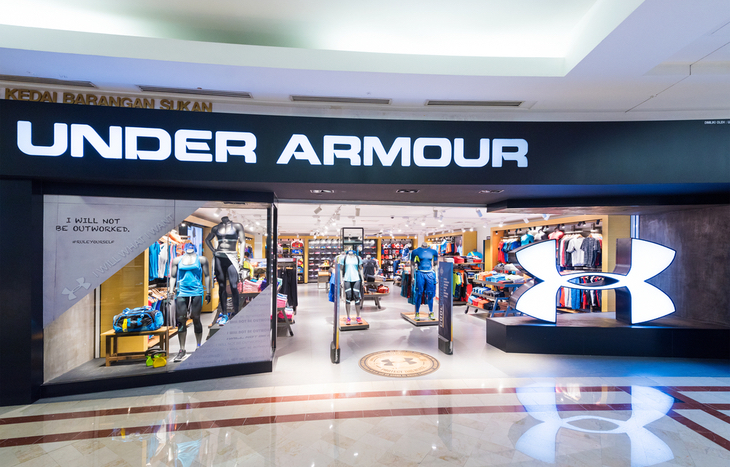 Over its history, Under Armour has become a household name. The company still trails Nike in shoe sales in the U.S. In addition, Under Armour follows Nike, Adidas and Puma in the global athletic sportswear category. Under Armour stock analysis shows that the stock price is slightly lower than five years ago. During the same period, the S&P 500 index has nearly doubled.

During the prior quarter Under Armour earnings, the company reported sales and earnings per share that beat analyst projections. Under Armour CEO Patrik Frisk said, “Our third-quarter results were driven by strong demand for the Under Armour brand and our ability to execute quickly to meet the needs of our consumers and customers.” The stock rose after the positive report.

Under Armour suffered through a year slowed by COVID-19 in 2020. Sales were down over 15% from 2019. So far in fiscal 2021, the company has bounced back. As COVID-19 restrictions have eased during 2021, wholesale revenue grew. In addition, clothing sales also grew as customers returned to the gym. As demand for running shoes returned to normal levels, shoe sales also returned. Revenue over the last twelve months has increased above pre-pandemic levels.

Is Under Armour Stock a Buy?

For years, Under Armour has been trying for years to chip away at Nike and Adidas’s market share. On the one hand, they’ve had some success. In November 2020, Under Armour launched the Curry Brand with long-time brand partner Steph Curry. That was a key step to rival Nike’s Air Jordan franchise. Furthermore, the company has increased sales every year for the last ten years, except 2020. On the other hand, Under Armour has not had the same success in growing earnings or cash flow.

Readers should note that management’s restructuring plan has shown progress. The plan combined with recovery from the COVID pandemic has improved Under Armour’s cash flow. The company has increased earnings over the last twelve months. Executives used the additional cash flow to pay down debt and decrease interest payments significantly over the past few quarters. These moves could be a positive sign of things to come for the stock.

Suppliers in Vietnam and other countries produce most of Under Armour’s products. There, many of Under Armour’s suppliers have suffered from on-again-off-again COVID-related shutdowns. These supply chain issues have hit the stock. Since its recent high of around $23 in November, it has tumbled to the $16.50 level today.

The market is still controlled by Nike shoes in the U.S. and Adidas shoes in Europe. Those companies can charge higher prices for their products. Though, Under Armor is typically the first choice for value shoppers looking for an excellent brand at a lower price.

If you like Under Armour stock, you should do your homework. Today’s depressed price could be a great value if Under Armour’s strategy continues to bear fruit. If not, losses could continue.