It’s the largest private employer in the U.S., with 2.3 million employees. It’s number one in the ranks of the Fortune 500. Each week, roughly 230 million customers visit its stores and eCommerce websites. What other company fits this description than Walmart (NYSE: WMT)? The Walmart stock forecast reflects the company’s long-term blue-chip status. 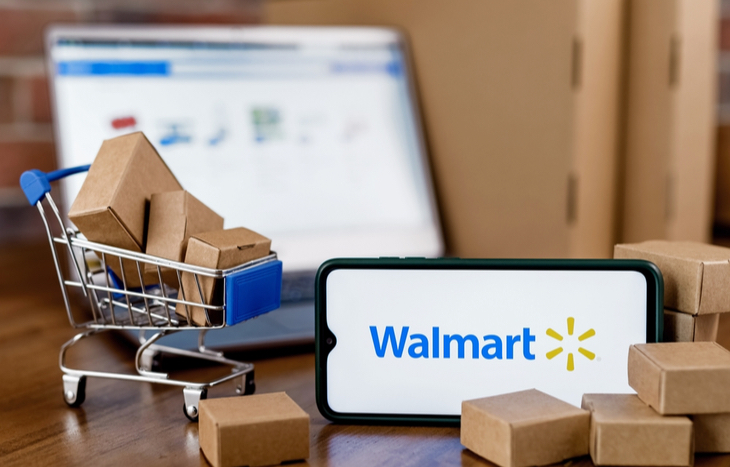 Walmart currently operates 10,593 retail units. These break down into:

The company is changing its international approach. Since 2018, Walmart has sold assets in:

This strategic portfolio reassessment allows the company to focus on higher-growth markets. In fiscal 2022, international net sales declined by 16.8%, to $101 billion. The bulk of that drop was due to divestitures, according to Walmart.

The company’s fourth-quarter 2022 results highlights include:

For the fiscal year, Walmart repurchased $9.8 billion in shares. That was roughly half of the $20 billion authorized and announced in 2021.

Walmart is expected to release its first-quarter 2023 earnings on May 17, 2022 for the fiscal quarter ending in April 2022. And Walmart stock forecast is expecting earnings per share of $1.47, while its expected revenue is $137.95 billion.

How is rising inflation affecting Walmart’s stock forecast and bottom line? The simple answer is that, so far, it’s helped rather than hurt. As with any supermarket, Walmart benefits from elevated sales value due to higher prices. That means the closely-watched same-store sales metric rises automatically.

Guess which company is also the nation’s largest food retailer? Because the behemoth has so much supplier clout, supply chain issues didn’t have the same effect on Walmart as its competitors. That same scale keeps it from having to raise prices as much as smaller operators.

With a current annual inflation rate of 8.3% as of April 2022, U.S. consumers are getting squeezed. Historically, that means people look for cheaper alternatives on all sorts of items, and Walmart boasts the lowest prices. Buyers switch from name brands to private retailer labels. They might shop less at local supermarkets and head to Walmart for bargains.

When it comes to grocery shopping, Walmart’s primary rivals in the U.S. are the German discounters Aldi and Lidl. Both companies are in the midst of a rapid expansion nationwide. Overall, Aldi prices are lower than Walmart’s on meat, bananas, most produce, canned goods and eggs, with Walmart having better milk prices. Many other items were available for virtually the same price at both stores.

Guess which company is second only to Amazon in the eCommerce realm? Walmart’s 2022 eCommerce sales totaled $47.8 billion, increasing by 11% over the previous year. However, eCommerce still makes up only about 13% of its sales.

In the company’s 2022 annual report and proxy statement, President and CEO Doug McMillon outlined the company’s strategic path forward. For instance, he references new businesses such as Walmart GoLocal, which empowers businesses “with the logistics power of the world’s largest retailer.” In addition, the services include seamless API integration and white-label delivery. Walmart Luminate is a new suite of data products giving U.S.-based suppliers and merchants “unprecedented access to rich, aggregated customer insights” for faster and smarter decision-making.

For long-term growth, the Walmart stock forecast remains much the same, steady as she goes. Walmart has long been a dividend aristocrat, It’s been paying and raising dividends consistently for at least 25 years. For the fiscal year 2022, Walmart paid a dividend of $0.55 per share.