Web3 is ushering in an entirely new version of the internet. Along with it are some of the most exciting investment opportunities since the early 2000s. You can invest in these exciting projects by buying web3 cryptos. Back in the 2000s, many of today’s biggest tech companies were trading at just a fraction of their current stock price.

For example, in 2005 you could buy stock in Google for about $100 per share. Today, it’s over $2,600 per share. The same could be said for Apple, Amazon, Facebook Microsoft, etc. Now, you could be in a position to invest in defi projects that are creating the future of the internet.

If you need a refresher, Web3 is an attempt to create a decentralized internet. It wants to take control away from large corporations like Facebook, Amazon, and Google. In doing so, it will return control and privacy back to users. To do this, web3 projects use new technologies like blockchain and cryptocurrency.

These technologies can be decentralized so that there is no need for a main regulating body. With that in mind, let’s take a look at some web3 cryptos you can buy depending on your preference. 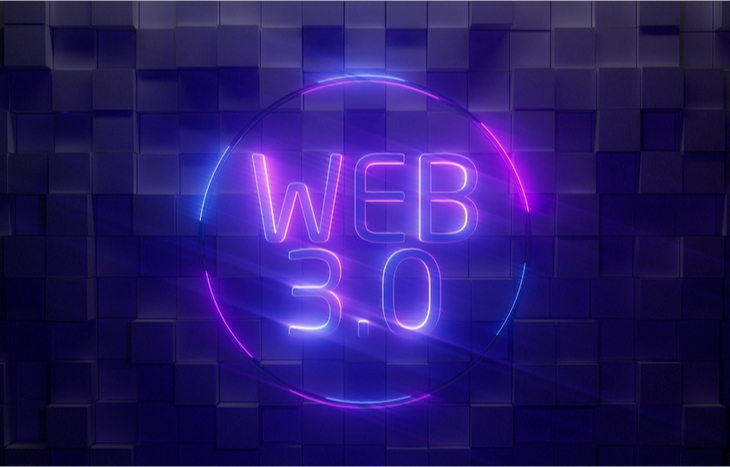 Bitcoin is most well-known for being the first cryptocurrency ever invented in 2008. By this point, it has a massive network of miners involved in its network. Since 2008, it has faced dozens of obstacles and overcame all of them. These obstacles include thousands of naysayers, government interference, and potential attempts to hack and steal bitcoins. Despite all of this, Bitocin is still the world’s largest crypto and worth more than most public companies.

Ethereum is the second-largest cryptocurrency after Bitcoin. It also operates as both a coin (ETH) and a decentralized computing platform. For example, Ethereum can be used to code everything from tools to games to complex databases. It is the main platform for most defi projects.

Even though they’re not the biggest, Solana and Cardano are the two best web3 cryptos for 2022. This is mainly because these two cryptos were created in order to compete with Ethereum. They both have advantages that Ethereum does not. However, they also don’t have the network size that Ethereum enjoys.

Cardano is a blockchain network that uses the ADA token. It’s designed to be able to run smart contracts, which allow for the creation of decentralized dApps. Additionally, it uses a proof-of-stake model which requires a lot less energy and fewer resources than the model that Ethereum uses (proof-of-work).

Solana is also a combination of a network and a cryptocurrency. Its main advantages are being much cheaper and much more efficient than Ethereum.

There’s a good reason why these two coins are the best web3 cryptos for 2022. As of now, Ethereum and Bitcoin are the leaders in the space. As such, there might not be as much room for growth. For example, Bitcoin reached an all-time high of $64,400 per coin. It still might grow larger, but it will likely be at a slower rate. For example, it might grow by 10% each year as opposed to 100%.

Solana and Cardano, on the other hand, are newcomers in the space. Both are just a few years old and are starting to gain momentum. They’re also considerably cheaper. Most people can’t afford to buy one Bitcoin. However, at just $1 per coin, most investors could buy plenty of ADA.

It’s a little bit like investing in Facebook when MySpace still dominated the web. Solana and Cardano offer a slightly better version to the industry leader, Ethereum. Of course, there is no guarantee that either of them will dethrone Ethereum to become the “Facebook” of the industry.

A quick reminder that, with investing, “higher reward” is usually code for “higher risk.” Whenever the potential reward is higher, so is the risk that you will lose money. If there was a very high-reward investment with no risk then everyone would be rich. If you are someone who is comfortable taking financial risks then you should check out the Holochain project.

I’ve written pretty in-depth about Holochain before, so I’ll leave this section fairly brief. Holochain is a new open-source peer-to-peer app framework. It’s essentially the next evolution of the blockchain. One big complaint about the blockchain is that it still relies on cloud computing. Many defi projects are still powered by services like Amazon Web Services. The question then becomes: are we really taking control back from major corporations if we still rely on them to power web3? Holochain attempts to solve this problem.

Iinstead of relying on servers, Holochain connects user devices directly to each other. Instead of all your data stored in a cloud, imagine if you could store it in your peers’ computers through a secure system. That’s what Holochain is.

This means that app developers would no longer have to pay for and rely on cloud hosting. Keep in mind that this system is still incredibly new. HOT, the token that powers Holochain, trades for about half a penny. While it may be a substantial risk, getting into new projects this early is what ultimately leads to outsized returns.

Should you Buy Web3 Cryptos?

Keep in mind that everything on this Web3 cryptos list is still risky by most standards. Even Bitcoin and Ethereum fluctuate in price by 5-10% almost every day. Additionally, in 2021, Bitcoin lost nearly half its value in a matter of weeks. For smaller projects, there’s a possibility that their prices could go to zero.

However, the cryptocurrency sector is also known for delivering outsized returns. Since 2015, Bitcoin is up over 10,000%. Since 2020, ETH is up over 2,000%. With crypto, you should always expect volatility in the short term. Over the long term, you should weigh the pros and cons of investing and make a decision that is best for you.

Please remember that I’m not a financial advisor and am just offering my own research and commentary. As usual, please base all investment decisions on your own due diligence. With that in mind, I hope that you’ve enjoyed learning about web3 cryptos!