When Will Tech Stocks Rebound?

To say that things have been extremely turbulent and volatile in the past week would be a massive understatement. With the ongoing Russian war against Ukraine, the markets have been understandably shaky. This, in addition to domestic news pertaining to inflation, has made for an even more unsteady market. Because of this, many people are now asking themselves and others: “When will tech stocks rebound?”

With tech stocks having been the vanguards of the bull market, their dramatic drop has been astounding to watch. Building off an article I wrote last week, today we’ll look to answer when tech stocks might rebound. 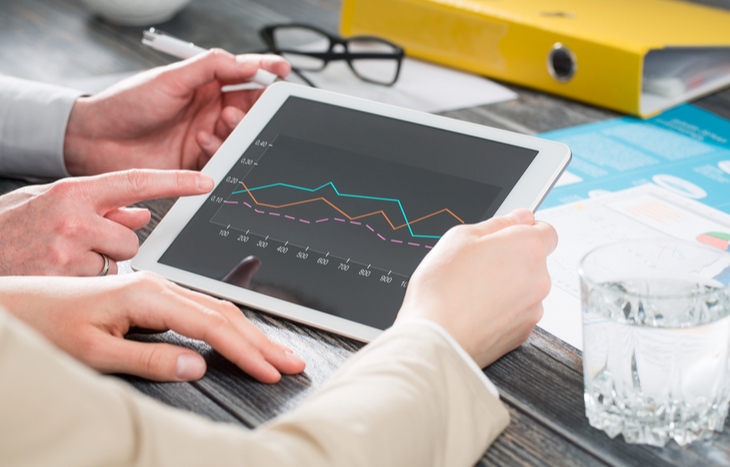 When Will Tech Stocks Rebound?

When asking yourself “When will tech stocks rebound?,” it’s important to understand the current market conditions. As I predicted in my article last week, Crowdstrike has seen a significant resurgence. The stock has jumped from the low 160s to the low 200s. An increase good for a 20-23% jump in a little over one week. However, the stock is down over 4% today. This speaks to the incredible instability of the current market. As I mentioned in the first paragraph, there are also domestic issues impacting the markets. Principally: continued concerns due to inflation, as well as the potential Fed reactions with rate increases. The war in Ukraine, and associated responses, have also sent oil prices skyward. This issue, unfortunately, will only serve to continue exacerbating domestic price concerns.

The Impact of Oil

Earlier today, Crude Oil futures hit $115 dollars per barrel. Hitting $119 would be an extremely bad sign for the economy in the long term. Hitting $119 would represent a 100% increase in the price of oil in the last year. The last three times this has happened, a recession has followed in short order. Unfortunately, given the role oil and natural gas plays in the economic fallout of the Russian invasion of Ukraine, seeing that price seems almost inevitable. However, the precise causation to correlation relationship is unclear. So it might be that oil price increases do not cause the recession, but are simply another contributing factor.

The yield curves of government treasuries are also a good economic indicator. In general, we expect to see shorter term debt have lower yields than long-term debt. This time of distribution is a normal yield curve. A yield curve inversion means that shorter term debt has a higher yield than long-term debt. This distribution is taken as a leading indicator of a recession. The 30 year yield dropped below the 20 year yield last year, and has not recovered. More recently, the 10 year yield has come dangerously close to inverting below the seven year yield.

Thankfully, the ten year and two year yields are reasonably distant, as this inversion is generally the most impactful. For every year the Fed has published yield curve data, and the two yields inverted, a recession has followed. Not a single false positive in over 54 years, a perfect accuracy rating. The most recent example was in late August of 2019. And we all remember what happened in early 2020.

Having mentioned what happened the last time the ten and two year yields inverted, you may have another question. Yes, there were other issues impacting the markets at that time. Similar to how in 2008 oil prices were not the only issues impacting the market. These things should be taken as indicators of a recession, not as causes of one. This is an important distinction to draw, because doing so allows us to acknowledge the other catalysts which exist.

Essentially, for argument we can accept that oil prices and yield curve do not create recessions. However, they create the underlying foundations which allow for “powder-keg” catalysts to ring in a recession. Looking superficially, and taking things as they are, robs us of the ability to properly plan and analyze.

When Will Tech Stocks Rebound? Conclusions

I have no interest in lying to you, the reader. Sure, there are easier, more encouraging, answers to the question “When will tech stocks rebound?” I will also admit that I am not a psychic or a fortune teller. I claim no power of divination. However, when looking at underlying market indicators, in addition to global crises and turmoil, I am not encouraged. I could easily tell you to “Buy the dip!” I could tell you that these last few weeks are as bad as it will be for a while. Unfortunately, I don’t believe that to be true. I believe that finding investment opportunities will require an approach akin to what I discussed in my article last week. Seeking already downtrodden stocks near 52-week lows, but which have solid business fundamentals. Trying to catch a falling knife, which may only be picking up speed, is not prudent advice.