The rumor mill was aflutter after talk of a so-called Janet Yellen crypto tax surfaced. The slippery-slope news arose after some details of the Biden administration’s tax plan were revealed. President Biden’s American Families Plan is projected to include a sizable increase in the top federal tax rate on long-term capital gains and qualifying dividends. So certainly crypto investors are next on the chopping block… right? 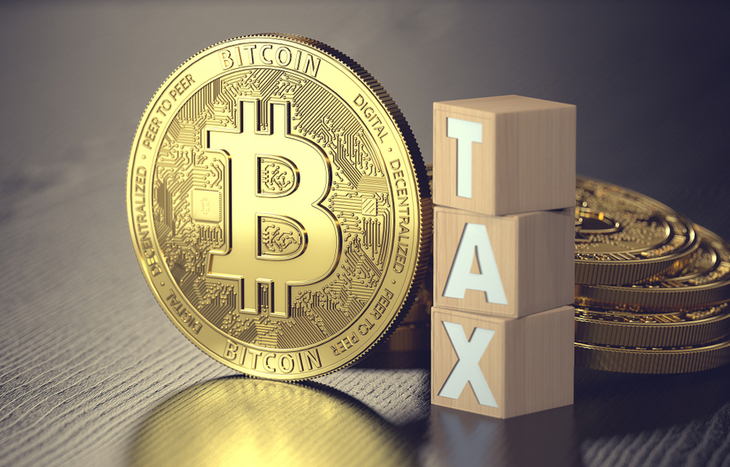 Well, it could stand to reason that some updates in the tax code will be made to try and keep a closer eye on the crypto sphere. And you know Uncle Sam’s not going to say no to a bigger piece of the pie. But a massive 80% capital gains tax introduced by Treasury Secretary Janet Yellen is not on the horizon.

This little rumor didn’t just come and go without notice, though. Obviously, some of the HODL tribe turned coat and went the way of SODL. And the price of Bitcoin went tumbling. Before the start of its recovery, it fell as much as 15%. And it definitely became a news item. Christopher Wood, global head of equity strategy at Jefferies, told The Economic Times that comments from Yellen revel a “remarkable lack of knowledge about crypto and, even worse, a lack of intellectual curiosity.”

And to be fair, Yellen does make a good boogeywoman for the crypto crowd. She’s in a powerful position. And she’s made it pretty clear she’s none too keen on cryptocurrencies.

She’s referred to them as a “growing problem.” She told CBC that their speculative nature means that Bitcoin could end badly for some. Yellen has bashed crypto as an “extremely inefficient” way to conduct transactions. And dating back a few years, she was even blunter. “I will just say outright I am not a fan,” she said then.

The Yellen Crypto Tax: Not Coming to a Transaction Near You

This little trip around the rumor mill does serve as an important reminder. Both about tax policy and the hierarchy of how these things (can) come to be. First and foremost, your crypto is already on the taxman’s radar.

The IRS stepped up enforcement of tax collection on crypto sales a few years ago. You can check out this riveting read from the IRS here. Or you can just take our word for it that the agency began asking crypto investors to disclose transactions on their 2019 tax returns. And that remains where things stand. Anyone who has “received, sold, sent, exchanged or otherwise acquired any financial interest in any digital currency” is supposed to report it to the IRS. We’ll just leave that there for you to think about…

Not How Tax Law Is Made

Even if the secretary of the treasury did start a conversation about an eponymous Yellen crypto tax, it would be far from a reality. There doesn’t appear to be anything in Biden’s American Families Plan about a crypto tax. And it’s unlikely multiple tax code changes will be introduced. Because these things don’t happen with the snap of a finger.

Tax code is written by Congress. Alterations are made through the introduction of a formal act and are voted upon and often amended before passage. And then the bill is signed into law by the president. All of which takes months – even when all parties are in agreement.

Once all of that takes place, it’s then up to the IRS to implement tax laws. While Congress makes the rules, it’s up to the IRS to explain them and determine how they are applied to various situations. So a Yellen crypto tax isn’t just going to sneak up on anybody.

To be fair, a portion of the crypto crowd can be a jittery bunch. That, on top of a whole new breed of crypto investors recently jumping on the bandwagon, can make rumors like this one very impactful. But again, there’s no need to worry about a massive tax hike on cryptocurrencies. Well, at least not this year.

The Biden Administration Isn’t an Enemy of Crypto… Yet

As a cabinet member and the principal economic advisor to President Biden, the secretary of the treasury plays a critical role in helping shape economic policy. So has talk of a Yellen crypto tax come up in closed conversations? It’s not out of the realm of possibility. But there are more voices in the room than just Secretary Yellen’s.

SEC Commissioner Hester Peirce has a notoriously favorable view of crypto. However, SEC Chairman Gary Gensler has a more nuanced approach. He’s described blockchain technology as an “innovative irritant.” But he’s also been clear that he thinks it’s a catalyst for change.

Out of all of this, the frustrating aspect is that the Biden administration has yet to show its hand. We really don’t know how or if increased regulation will take place. But at least there won’t be a massive 80% Yellen crypto tax.

If you’d like to keep up to date on crypto and on how the government might try to start meddling in it, we suggest signing up for Manward Financial Digest. Founder Andy Snyder has been keeping an ever-watchful eye on the crypto market for ages. He’s proven to be extremely deft at figuring out the difference between a phony and the real deal. And that goes for investing strategies of all kinds.