3 Aerospace Stocks That Could Be Flying Under Your Radar

In the past few years, the space industry has experienced several major milestones. For the first time ever, private citizens pushed the boundaries of space exploration. This billionaire space race is still ongoing. Second, the government introduced the Space Force to help monitor the skies. Finally, NASA successfully landed Perseverance on Mars. These achievements have not happened by themselves. They are the result of brilliant organizations and decades of hard work. In addition to NASA, there were many innovative companies involved. However, what’s interesting is that many of these companies aren’t widely unknown. With that in mind, let’s take a look at three aerospace stocks that could be flying under your radar. 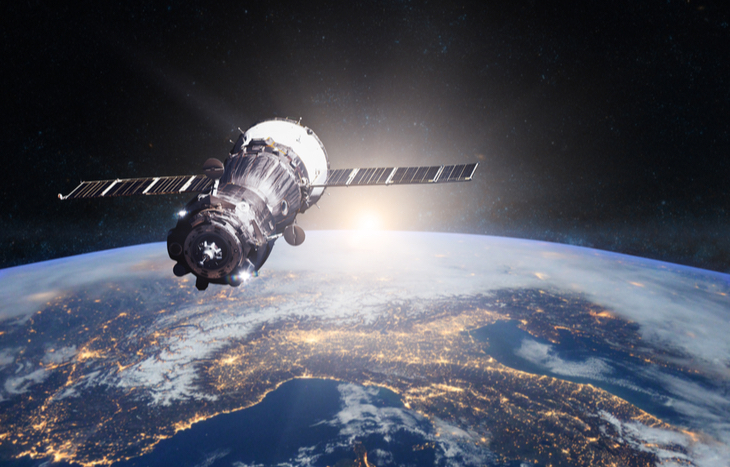 Maxar Technologies is one of the world’s leading space technology companies. It uses a web of satellites to help monitor global change. Essentially, it helps provide birds-eye-view images and mapping. As you can imagine, this type of data is incredibly valuable. This is why Maxar partners with over 50 governments.

One example of Maxar technology is satellite imagery of war zones. By providing aerial landscape images, Maxar can help armies gain intel. For example, they can see where enemy troops and weapons are located. This effectively keeps troops safer while they are on the ground. In fact, Maxar actually provides 90% of the satellite imagery for the U.S. military.

Another example of Maxar technology is monitoring global change. Aerial footage of forests, ice caps and other ecosystems can provide crucial data to scientists.

Right now, Maxar’s business could be reaching a turning point. As you might imagine, developing space infrastructure is no small task. It involves launching dozens of satellites up into orbit. Due to this, it can take decades to get everything working correctly. Maxar is just reaching a point of stability with its infrastructure in space. Now, it can focus on monetizing this infrastructure.

As far as monetization, there are dozens of potential applications. The commercial, civil and defense industries are all interested in what Maxar offers. This is what makes it one of the top aerospace stocks to buy.

So far, this strategy has been fairly successful. In Q4 2021, Maxar achieved consistent year-over-year (YOY) revenue of $468 million. However, its margins increased by 18%.

In military environments, better technology gives you an edge over your opponent. Better technology leads to better intelligence. This, in turn, leads to better decision-making. Consistently better decision-making leads to more successful missions. Moving forward, there’s little doubt that governments will pay top dollar for the best technology. This is what makes Aerovironment one of the most attractive aerospace stocks.

AeroVironment is one of the leaders in unmanned aircraft systems (UAS). It has solutions for small UAS, medium UAS, tactical missile systems and unmanned ground vehicles. It’s worth noting that this portfolio has come a long way recently. When I last wrote about AeroVironment, it was more of a drone stock. Its main focus was small UAS. Now, it has a much bigger portfolio of solutions.

According to AeroVironment’s CEO, the company is well-positioned to take advantage of four big trends.

Right now, AeroVironment’s UAS systems have applications in the military, telecommunications and space exploration. This gives it plenty of opportunities to expand. It is already capitalizing on some of these opportunities and has grown revenue for the past four years in a row.

Rocket Lab is one of the top aerospace stocks to buy due to a unique innovation. Launching satellites into space has always been expensive and risky. It also usually takes years of planning. One reason why it’s so time-consuming and expensive is because of the rocket. Rockets take a lot of time, money and expertise to build. After each launch, the rocket is usually destroyed. It comes crashing back to Earth or burns up in the atmosphere. This was the norm until recently.

In November 2021, Rocket Lab’s Electron Rocket became the world’s first reusable commercial small rocket. Rocket Lab launched Electron into space for a mission. Then, as the rocket was falling, it used a helicopter to safely catch it. To start, this is just an incredibly cool concept. It’s hard to believe that reusing rockets has never really been attempted before. On top of just being cool, it also has much bigger implications for Rocket Lab’s business.

Even in today’s world, launching a satellite into space is not a guarantee. Many launch companies are unable to consistently do it successfully. If a launch goes wrong, it can be costly and sometimes even deadly. Rocket Lab is one of the few companies that has a proven record of successful launches. On top of that, it now has the added advantage of being able to reuse its rockets.

Other launch companies literally build a new rocket from scratch for each launch. This is an incredibly wasteful process. Being able to reuse the same rocket over and over will save Rocket Lab time, money and resources. It also means quicker, more frequent launches.

Granted, this advantage could eventually be copied by other companies. But not very easily. By the time it’s copied, Rocket Lab will have already enjoyed a first-mover advantage. This is why it’s setting itself up to be one of the best aerospace stocks for the coming years.