Auto Stocks to Power Your Portfolio

The automotive industry is one of the most exciting industries today. And that excitement extends to investments. The industry is going through a transformation, and although it can feel a bit slow at times, the status quo of the past 25 years won’t stay for the next 25. That transformation is toward electric vehicles, and it means that auto stocks must also include electric automotive stocks now, too.

The good news is that you won’t have to learn too many new names, for now, at least. Tesla continues to be the strongest player among American electric automotive stocks. With a few exceptions, the rest are so-called “legacy” automakers.

If you decide to venture into Chinese EV stocks, there will likely be more uncharted territory. Nevertheless, we’ll look at some of the best auto stocks right now, painting a complete picture of the auto market as it changes and evolves. 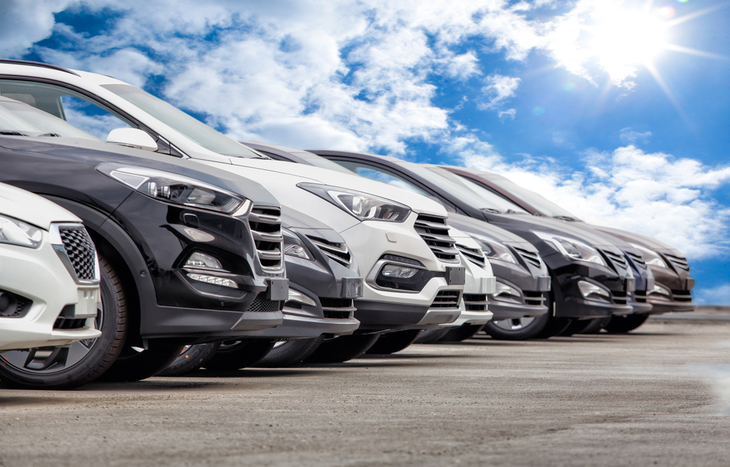 Here are some of the best auto stocks to buy:

Ford was the first automaker to mass-produce an automobile with Henry Ford’s Model T. Ford is one of the best auto stocks right now not only because of that long-standing legacy. But also because of what the company is doing today. In fact, Ford says “say goodbye to gas”. Ford is going all-in on EVs, having already revealed the Mustang Mach-E and the F-150 Lightning.

Ford isn’t just on this list because it’s going electric. Its stock is doing alright, all things considered. The company’s stock is down recently, decreasing more than 40% in the past six months. Its revenue is also slightly down year-over-year (YoY) for Q1 2022 but is still an impressive $34.5 billion. Look for this stock to rebound over the next year.

Lucid is considered a potential competitor for Tesla in the U.S., but even the most casual of investors knows all about Tesla. However, you might be surprised to hear that Tesla is only four years older than Lucid Motors; the latter was founded in 2007. So far, Lucid has only revealed the Air, but the car is turning a lot of heads. After all, the car is luxurious and performs well enough to go toe-to-toe with high-end Tesla models.

Although Lucid is promising, we’re still in the very early stages for the company. It planned just 577 deliveries in 2021, then 20,000 in 2022. Clearly, Lucid is rapidly scaling up, with potentially 90,000 vehicles per year by the end of 2023. The company unsurprisingly doesn’t have much to report in terms of earnings right now. However, some analysts project a doubling in the price of LCID shares, presumably dependent upon the company effectively scaling up production.

Based in Beijing, Li Auto is the first Chinese automaker mentioned here. Li was founded in 2015 and has just one production model so far. Nevertheless, the Li One is an impressive electric SUV, which has been lacking so far in most markets. It has an impressive 1080 km NEDC range (671 miles) and technology such as assisted driving to help prevent collisions.

Although Li Auto is in its startup phase, it is already scaling up production rapidly. In 2021, for instance, it delivered 90,491 vehicles, up 177% YOY. Li already has sizable revenue, bringing in ¥9.56 billion in Q1 2022 (about $1.4 billion). While the company isn’t quite profitable yet, it’s on the cusp; its margin was negative 0.11% for Q1. LI shares haven’t made much progress in the past year. But look for them to increase in price as the world economy improves.

NIO is another Chinese automaker with its headquarters in Shanghai. It came along at around the same time as Li, having been founded in 2014. The Chinese automaker has also made significant progress since its founding, with several production models already available. Plus, it has several more planned for future production.

NIO shares have fallen significantly as of late, however. They are trading at less than half of their high in the winter of 2021. One possible explanation is that, despite having considerable revenue, it has a long way to go before becoming profitable. Its margin for Q1 2022 was a negative 18%, and its diluted EPS for 2021 was -6.72. Nevertheless, analysts are bullish on the stock, projecting it will climb back to its previous high over the next year.

Toyota is an automaker from Asia, but one that Americans know and love. For decades, its cars have been affordable and reliable. They are also easy and cheap to repair, so it’s no surprise they’ve been a hit in the states. Toyota has dragged its feet a bit when it comes to EV adoption. With its CEO Ako Toyoda showing opposition in the past. However, Toyota is finally starting to put some resources into the transition. Its upcoming 2023 bZ4X will be an all-electric SUV with a modern interior and a sleek exterior.

Toyota stock is down slightly in 2022, dropping 15% this year. But it’s still posting strong revenue of ¥8.11 trillion (about $60 billion) in revenue for Q1 2022. Needless to say, Toyota is a massive automaker that could leverage its resources to take advantage of the EV transition. Analysts project an increase of about 20% in its share price over the next year.

These companies are all in good positions to gain from the growing EV trend that is taking over the automotive industry. And it doesn’t look like this trend is going anywhere.

As always make sure to do your own research and assess your personal risk tolerance before investing.