Top 10 Best Places to Retire in North Carolina in 2022

Are you searching for the best places to retire in North Carolina in 2022? Recently, the Tar Heel state was named 10th best overall for retirement by Bankrate, a financial consultant firm in New York. It ranks well in cost of living, taxes, weather and well-being in general.

North Carolina stacks up well against most states across the country for retirees. However, it goes largely unnoticed by many who instead focus on more popular retirement states like Florida, Texas or California. 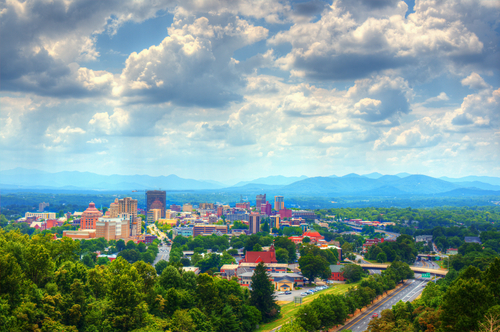 Where are the Best Places to Retire in North Carolina?

From shoreline cities to the countryside, North Carolina can provide for various walks of life. The Outer Banks is a popular destination for beachgoers, while Raleigh is full of entertainment and the highlights of city life. No matter where you settle in North Carolina, you can’t go wrong with the tax-friendly exemptions and a reasonable cost of living. Other key indicators we consider for this list include:

Retirees have a much different set of needs than those still in the workforce. As you get older, you will likely begin to put more value into cost of living, tax rates and medical care options in your area. Moreover, it’s important to find a balance that ensures financial stability throughout your retirement. Read on to learn more about the best places to retire in North Carolina today.

Brevard is an active city that is the perfect place for hikers and other outdoor enthusiasts. With the Nantahala National Forest on the edge of the city, you can enjoy the natural beauty of North Carolina.

The Transylvania County city has above-average medical access, a low crime rate and a high-tourism economy. Furthermore, it’s become known as the “Land of Waterfalls” due to Looking Glass Falls, Connestee Falls, Batson Creek Falls and Sliding Rock. This is a great place to retire in North Carolina if you’re looking to maintain an active outdoor lifestyle.

Marion’s motto is “Where Main Street Meets the Mountains,” and it couldn’t be more spot-on. With the backdrop of the Blue Ridge Mountains, Marion has become a growing retirement destination that really has it all.

Outdoor attractions include Lake James, Linville Caverns and the Pisgah National Forest. There is no shortage of outdoor adventures in the area. It’s also right up the road from Asheville and less than two hours from Charlotte, giving you easy access to major cities.

A dining and outdoors delight, Hendersonville can be found on most lists for the best places to retire in North Carolina. The “City of Four Seasons” is a hub of many historical sites, museums and parks.

The entertainment in Hendersonville is underrated as well. In 2014, Sierra Nevada opened a world-class brewery in the area. The local aquarium is also a popular attraction. These are just a few of the great attractions Hendersonville has to offer for retirees.

Believe it or not, retirees across the country are drawn to Hickory. The Catawba County city is one of the most beautiful in the state. It’s also great for sports fans looking to live outside the major cities.

Hickory is home to the Crawdads, a minor league baseball team with great history. There’s also the Hickory Motor Speedway, which is known as the “Birthplace of the NASCAR Stars.”

There are only a handful of towns in North Carolina as vibrant and energetic as Chapel Hill. With the University of North Carolina, this city has rapidly grown into a destination that features some of the best food, events and scenery in the state.

Franklin Street is the center of Chapel Hill, with coffee shops, restaurants, bars and museums. This city isn’t just a college town anymore, it has also become one of the best places to retire in North Carolina.

Corolla is a popular summer destination for vacationers. However, it’s now also a popular location for retirees. It has some of the best beaches in North Carolina, and other great attractions. Corolla is growing year by year since its major development in the 1980s.

During the off-season, Corolla is a spacious and uncrowded area with wild horses, outdoor programs, holiday events and concerts. There’s always something to do in this beachfront town as it encourages outdoor activities.

If your goal in retirement is to hit the links, then there’s no better place than Pinehurst. The Pinehurst Resort has hosted several U.S. Open Championships for the PGA Tour and the area has several high-quality golf courses.

Outside of the golf scene, Pinehurst has the lowest crime rates on this list, and the town is full of arts and culture. The recreational value is as good as it gets, and that’s why Pinehurst’s population is over 40% seniors, making it a great retirement destination.

Asheville is often recognized as one of the best places to retire in North Carolina. It’s the craft beer capital of America with more breweries per capita than any other U.S. city. In western North Carolina, it’s tough to find a better cultural scene.

Downtown Asheville is full of nightlife, and the city is in the Blue Ridge Mountains. This makes for great hiking, biking and camping. Additionally, the Osher Lifelong Learning Institute at UNC Asheville offers more than 350 college courses for seniors. So if you’re looking to try something new in your retirement, Asheville could be the place for you.

Raleigh ranks high on this list for its entertainment and cultural value. Additionally, its sports franchises, proximity to North Carolina State University and growth of downtown draws in retirees.

In fact, N.C. State offers tuition-free audit courses to North Carolina residents over the age of 65. This, along with the outdoor experiences, local boutiques and family fun, makes Raleigh one of the best places to retire in North Carolina.

Durham is, without a doubt, the cream of the crop for retirees in North Carolina. From the best medical care in the state at Duke University. To entertainment and recreation, Durham is “overflowing with unique, exciting things to do, no matter what kind of experience you’re looking for.”

The Durham Bulls are an iconic minor league baseball team. While the Duke Blue Devils compete at the highest level of many collegiate sports. Durham also offers unique shopping and dining at its downtown district, along with a variety of arts events. The “Bull City” is the cultural diamond of North Carolina and it’s become the perfect place to retire in North Carolina in 2022.

North Carolina usually isn’t the first state people think of when they are considering retirement. However, that is changing due to the growth of the Outer Banks and the Research Triangle of Durham, Chapel Hill, and Raleigh.

In this list above, you can find the best places to retire in North Carolina today. The Old North State is growing in popularity and receiving the admiration it deserves as an excellent retirement destination.