The second company with ties to former President Trump announced plans to go public this week. The video-sharing platform, Rumble, is merging with Cantor Fitzgerald’s CFVI stock to make it publicly available.

The company is making headlines as the agreement closes in, which is expected to be final in the second quarter of 2022. The deal is expected to value Rumble at $2.1 billion. With this in mind, CFVI shares soared 20% after the news dropped.

So far, the excitement is pushing CFVI to new highs, now up over 42%. But, will the hype last?

Seeing that CFVI stock is connected to the other Trump stock that went public, DWAC, it could see heavy volatility ahead. DWAC is launching Trump’s media business, while CFVI is launching Rumble. That said, both companies intend to use the video-sharing platform to connect to fans. 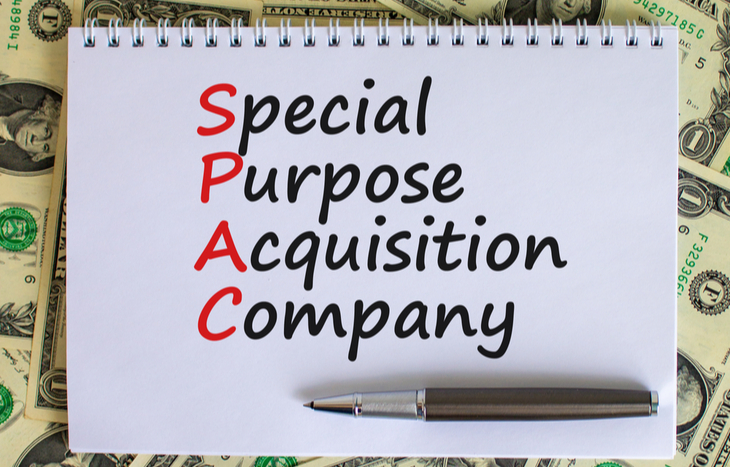 What Is Rumble, and Why Is It Important for CFVI stock?

Rumble is a video-sharing social media platform. You can think of it as similar to YouTube or the new hit TikTok. But, Rumble differs in that it’s a self-proclaimed “neutral video platform.”

Compared to other social media sites like Facebook or Twitter, Rumble will not flag content for being controversial. Instead, the company promotes a place for “people with something to say and something to share, who believe in authentic expression, and want to control the value of their own creations.”

Basically, the app has fewer restrictions and attracts mainly conservative users who may have been stifled on other social media apps. In fact, former President Donald Trump joined the app after he was kicked off Twitter and Facebook.

Furthermore, Trump’s new media company “Social Truth” plans to partner with the video-sharing app. Although CFVI stock has close ties to the former president, it’s not a pure-play Trump stock such as DWAC is.

After the news hit DWAC is taking Trump’s Social Truth public, the stock exploded over 1,000%. Will CFVI stock have the same effect? Let’s find out.

How Popular Is Rumble?

With social media and censorship coming into focus the past few years, Rumble is attracting users quickly. Not only that, but Trump has a huge group of followers. Before getting kicked off, Donald Trump surpassed 80 million followers.

So far, new reports are showing strong engagement from users.

All in all, these are impressive numbers. Most importantly, the report shows not only is the platform attracting users, but they are engaging with content.

CEO Chris Pavlovski says, “We are a movement that does not stifle, censor, or punish creativity and believe everyone benefits from access to a neutral network with diverse ideas and opinions.” Before adding, “We are on a mission to restore the internet to its roots by making it free and open once again.”

Now that the company is planning to go public, the company is receiving even more attention. Can the video-sharing app continue racking up users? Between Rumble and Trump’s expected Social Truth, things should get interesting in the media business.

What to Expect From CFVI Stock

Seeing as daily social media usage is hovering around all-time highs, the company is looking to take advantage of one of the biggest trends. Not only that, but video sharing is one of the fastest-growing segments, with apps like TikTok and YouTube leading the way.

YouTube is controlling the market with +2 billion users globally. And on top of this, ad revenue creates strong profit margins.

With this in mind, CFVI is going against the grain with its business model. The “neutral video platform” can be seen as both a strength and a weakness.

It can benefit the company by attracting users with different opinions, promoting a “free speech” environment. At the same time, it can deter users from trying the platform if they believe false information is spreading.

At any rate, the movie is attracting a lot of attention. In fact, CFVI stock is No. 2 on the most active Stocktwits list today, behind AMC Entertainment.

Another key point to consider is the company is going public via SPAC. These types of “blank check” companies have been relatively volatile this past year as big names like DraftKings (Nasdaq: DKNG) saw their value soar, only to fade the rest of the year.

Looking to Buy CFVI Stock? Here’s What You Should Know

Although Rumble is attracting new users, will they be able to sustain the success? If they fail to attract a diverse user base, which is mainly conservative right now, it could spell trouble for CFVI stock.

On the other hand, the video-sharing app finds itself in a unique position for what it stands for. The big question will be, can they overcome these challenges? Moreover, the company will need to show it can generate revenue and stay competitive.

After all, the company shares up to 60% of ad revenue with creators, compared to YouTube’s 10-15%. This is a big difference revenue-wise and can eat into Rumble’s profit margins.

It’s no secret former President Trump has a loyal following base. But, will he be enough to continue attracting new members. And when Social Truth launches, how will it play a role?

And to keep up with the trending stocks, sign up for the Profit Trends e-letter below. Instead of reading about the biggest trends days later, sign up today and stay ahead of the game. And the best part, it’s entirely free. Check it out today!

These are just a few things to consider with CFVI stock. The company has potential, but it will need to show more to be a buy for me.