DIDI Stock: Is it Time to Give Up On Didi Global for Good?

In September, I wrote a piece on Didi Global (NYSE: DIDI), giving investors a few scenarios that could happen. Well, almost five months later, DIDI stock is still trending in the wrong direction. In fact, things have gotten worse for the ride-sharing company.

At the time, DIDI shares were trading around $8. That said, DIDI stock has lost another 44% of its value since then.

China regulators are still cracking down on the ride-sharing industry as investors steer clear. To make matters worse, a joint notice from eight departments, including the Ministry of Transport, outlines China’s plans to strengthen oversight.

Furthermore, Didi is now planning to delist from The New York Stock Exchange (NYSE) while converting shareholders to a new listing on the Hong Kong Exchange (HKEX).

Below, I will show you how this can affect DIDI stock and what to expect next. 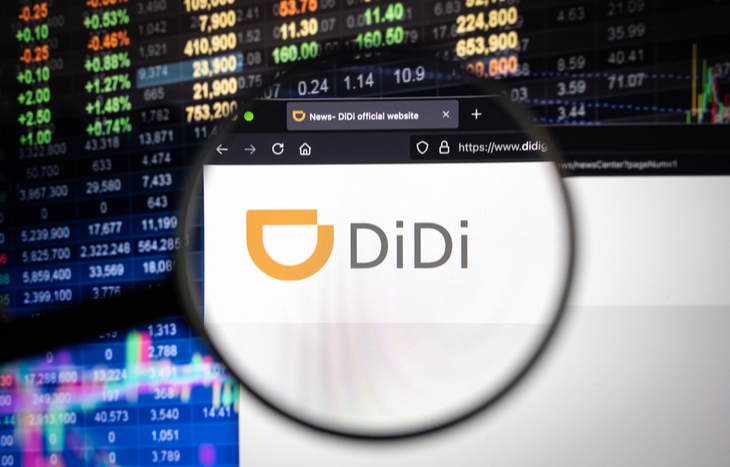 I can’t think of many situations where an increase in regulation is a positive for a company. But, in Didi’s case, it might be what the company needs.

In September, I warned investors over potential data concerns after Chinese regulators suggested DIDI stock delay its IPO. Despite the warnings, the company went ahead and listed anyways. We are now seeing the consequences with its NYSE delisting plans.

With this in mind, China is announcing plans to increase regulation as the industry develops. According to the notice, several activities will be deemed illegal. These include:

Moreover, if a company fails to comply, it could face stiff penalties. For example, they may be ordered to stop business or face an internet ban.

The new rules will undoubtedly make it harder for Didi global to do business. Yet this could be good for a company with massive potential that can’t seem to get it together.

How This Affects Didi Stock Price

After the company’s announcement to delist, DIDI stock dropped to an all-time low of $3.33. For a company already under heavy scrutiny, the last thing investors want to hear is more regulation.

DIDI has taken down 25 apps in China already over data concerns. With this in mind, without an online platform, the company is warning it may harm business.

Despite China releasing plans to further regulate the industry, DIDI stock is up 8% this week. One explanation for this is investors seeing value while shares are down over 80% from their all-time high (ATH) of $18.

Another reason could be Bernstein analyst Cherry Leung starting coverage of DIDI stock with an outperform rating and $6.20 PT. Leung cited the “regulatory storm” is close to over and Didi Global working with the Chinese Government as a positive.

At the same time, China has shown us many times now it’s less concerned with company values. So, investors will need to continue being cautious here.

If the department finds Didi Global in violation of any of these, it could be detrimental.

Is There Any Hope for Investors?

Now, many investors are questioning, “is there any hope for DIDI stock?” As I have noted, some investors are already finding value in the beaten-down ride-sharing company.

Despite rumors last week of Chinese tech giant Tencent (OTC: TCEHY) buying shares of DIDI stock, the company has since denied the reports. Instead, the company says they already owned the shares.

No matter how you look at it, investing in DIDI stock is a risky situation. The new regulation could further dampen the company’s ability to generate earnings.

Not only that, but investors are looking at this from an outside perspective. In a risk-off market such as the one we are in now, investors unload risky assets like growth stocks to protect their accounts.

Is the worst over with for Didi Global? That’s what investors are hoping. If the “regulatory storm” really is behind them, it could be a buying opportunity for a ride-sharing leader. But again, this is a big “if.” And as I have shown in my last article on DIDI stock, having these “ifs” doesn’t always work out.

On top of this, with competition now entering the market in China, will Didi Global be able to keep its commanding lead? Data concerns are a real threat. If the company is found guilty of violating the new regulations, it could be the final straw for investors.

What to Make of Didi Stock Price

In a crazy turn of events, the “Uber of China,” Didi Global is falling out of investors’ favor. Despite once being the largest ride-sharing company globally, DIDI stock is down over 72% from its IPO price.

Its current stock price is sitting around $4.45 as the company navigates in a new direction. With hopes the worst is behind the drive sharing company, the stock is getting bid off its lows of $3.33.

At the same time, several companies in China are rallying as policymakers in-country suggest stimulating the economy. If this holds, it would be a sharp contrast to the U.S. as it moves to fight inflation.

Even though China is keeping its economic policy open this year to promote growth, the markets are still challenging.

With this in mind, China’s abrupt regulation and the crackdown on tech is leaving investors hesitant to buy. As a result, the SPDR S&P China ETF (NYSE: GXC) is down 32% over the past year.

Industry’s that collect personal data like ride-sharing are particularly vulnerable to new laws. This makes investing in companies like Didi Global especially risky. But, if you are looking for a high-risk, high reward opportunity, DIDI stock may be for you.

Didi Global is still a top ride-sharing company despite losing some of its business. The global ride-sharing market is one of the fastest-growing markets expecting to reach $61.4 billion by 2026.

More importantly, China and Europe lead the market where DIDI stock has a more significant presence. If there were ever a time to turn things around, it would be now. That said, maybe the new regulation can help Didi Global get back on track.