EverGrow Coin Crypto: Why A Big Rise in Value Could Be Coming

So far, 2022 has been brutal for crypto markets. However, there have been some recent well-performing tokens of late. PolySwarm and the Santos FC Fan Token come to mind. And more recently, EverGrow Coin (EGC) has been trending upwards. Here’s why we think that could continue… 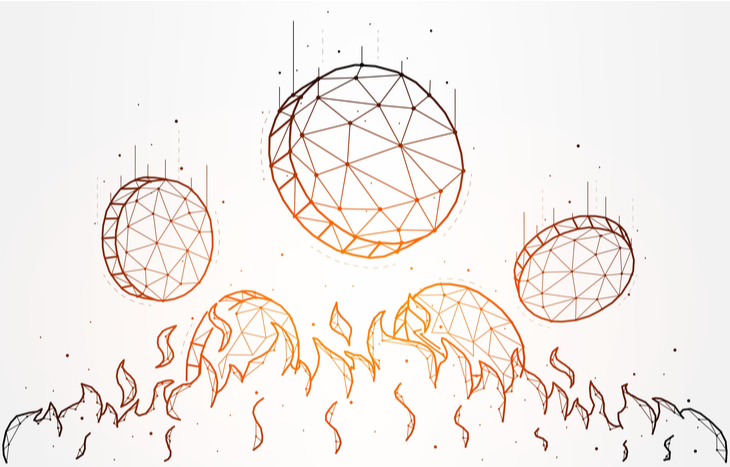 EverGrow Coin is a hyper deflationary token. This basically means the total supply of EGC will decrease over time. That, in theory, should make the value of this token steadily increase over time. And we certainly saw that with the initial release of EverGrow Coin. The total supply was initially set to one quadrillion. But upon the release, half of the tokens were sent to a burn address.

Burning half of the total supply quickly sent the value of EverGrow Coin up a staggering 3,792%. However, since then, its value has retreated substantially. In fact, it’s lost over 90% of its value since November 2021. But all is far from lost. However, it’s far from a sure thing either.

The EverGrow Coin is still a micro-cap cryptocurrency. And despite the increasing scarcity of this token, it hasn’t seen a lot of major upward movement in value. But this is likely due to the simple fact that the interest in the crypto markets has dwindled extensively across the board. Scarcity is only valuable when folks are interested in owning it… Or when they have access to it.

Of the five notable exchanges EverGrow Coin is available on, one of them isn’t accessible by U.S. residents. The four major exchanges it is available on include LBank, BitMart, Coinsbit and Bitrue.

To be fair, interest in crypto is down across the board. And having to sign up for another account with a new exchange might be just enough friction for the average investor to skip out on this coin altogether. Which is not ideal for a token that is largely based on rewarding holders via transaction fees. But do keep in mind, this project is very new. So it’s certainly possible that Binance, Coinbase, Kraken or one of the other big exchanges could list it down the road.

However, until EverGrow Coin strikes a partnership with a major exchange, it’s likely to languish in relative obscurity.

Some Finer Points About EverGrow Token

The EverGrow Coin was built on the Binance Smart Chain. And it is the first Binance-pegged USD token (BUSD). While it’s safe to assume algorithmic stablecoins aren’t a hot commodity after what happened to Terra’s LUNA, this one is slightly different. And based on the whitepaper, it doesn’t appear as vulnerable to an arbitrage attack.

Every transaction with EverGrow Coin has an 8% transaction fee. And that fee is spread around to all holders of the token. On top of this, 3% of tokens from all transactions will are transferred to a liquidity pool to maintain the token’s stability. Beyond that, an additional 2% of every transaction is moved into a buy-back reserve via smart contract.

The Bottom Line on EverGrow Coin

The fact that EverGrow Coin hasn’t caught on quite yet is the main thing that appears to be holding it back. But the team behind it has undergone the obligatory measures to alleviate the fear of a rug pull.

The members behind this token have all been doxed. And this project has been know-your-customer verified. The team has also gone above and beyond by publishing all relevant wallet addresses. This includes the wallets of management. And team behind EverGrow Coin has an active presence on Twitter, Telegram and Discord. This offers some assurance that all big decisions will be announced before being enacted.

As a standalone investment opportunity, EverGrow Coin looks really interesting. And because this project is relatively new, it’s still possible to get in near the ground floor. But, there’s always the chance that this token never quite catches on. And without a growing user base, the incentive programs just don’t hold as much value. That’s where future projects in the works could really pay off in the future though.

Like seemingly every other crypto project, EverGrow plans to launch an NFT marketplace in the near future. This will be a part of the EverGrow Ecosystem, which is an exciting world of utilities built around the coin. It’s working on a Meta platform that would allow users to visit virtual NFT galleries, play games, visit crypto banks and more.

There is also a decentralized app exchange that is starting to get some attention. In addition to a content subscription platform, an NFT lending program and its own crypto wallet.

The long view of plans for EverGrow crypto all center around developing this Ecosystem. Pretty much all of the big trends in crypto at the moment are on this team’s to-do list. But all of those plans won’t amount to much if this token don’t manage to grab the attention of more investors.