Fertilizer stocks are rising. Why? It’s such a strange thing to see go up. The answer is oil. Oil is used to make fertilizer. So, it also makes fertilizer more expensive. Oil is rising. And now, many companies in various countries including the U.S. are boycotting Russian oil. So, the U.S. is tapping its own reserves, which is driving up the price even higher. That means it isn’t unrealistic to assume fertilizer will also continue to rise. And, of course, that affects fertilizer stocks, too.

Remember, I cannot guarantee these things will happen. I am simply giving you my best predictions on what will happen in the future. And working from predictions can get risky.

Here are some fertilizer stocks that have the potential to rise in the future. 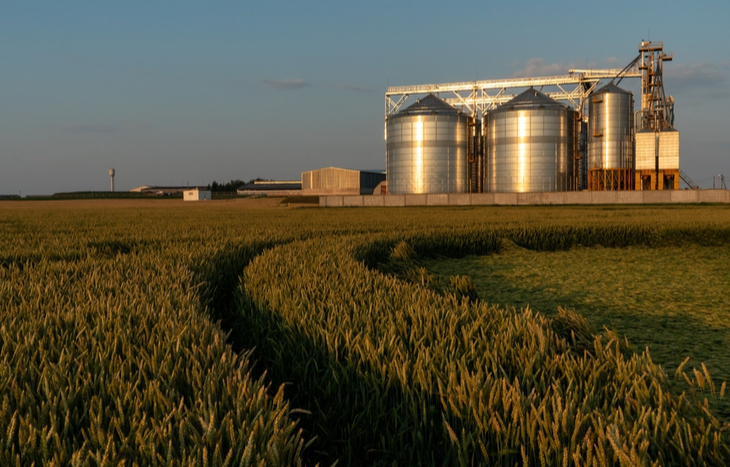 This United States-based fertilizer stock has been seeing high run-ups. And that’s reflected in its most recent profit margin. As well as its high dividend yield. And on the company website, they boast that they are ‘America’s only petroleum coke based nitrogen fertilizer producer.’ And this is a great advantage. Because investors are looking for companies that are using petroleum. That’s the main ingredient driving up the prices of fertilizer and their stocks.

ICL is a fertilizer stock that works to produce minerals for related markets. Specifically, food, industrial and agricultural. Recently, they passed the milestone of 30 years as a public company trading on a stock exchange. And that’s something to be proud of. Considering most companies don’t make it past ten years old.

The company has a focus on making sure that social factors are getting attention, too. And such issues addressed are clean and affordable energy. Also, striving for a world where there is no hunger. They even strive for innovation and infrastructure.

And stock has been climbing steadily after a long time of being down. Plus, with the company at only around $14 million USD, it has plenty of room to run.

This fertilizer stock produces several different minerals to help plants grow. It operates on a global scale. And they own mines in North America and the United Kingdom. Plus, operations take place there and in South America.

Also, leadership looks good for Compass. Because each of the members have lots of experience and many successes and wins in their field. Plus, the company has a strong focus on making itself better. But also, making the world around them better. They aim to use their power to build a strong foundation for generations in the future.

Recently, the team held a basketball food drive. And, they’re now a partner with Sporting Kansas City. So, they will be advertised on jerseys for the Major League Soccer Club. It’s obvious they are searching for advertising and promotion opportunities.

Scotts started as a lawn company in 1868. It’s very old, with lots of good history of success behind it. Plus, it offers a wide variety of products. So, it’s less likely for them to be greatly affected by one industry or another. And fertilizer is just one of the products the company offers. Reflecting this, it owns dozens of brands in various sectors of its business. Some of the main sectors include pesticides, weed control, gardening and lawn care.

This fertilizer stock is constantly sending employees to conferences. And they even have quite a few scheduled for upcoming months this year. Recently, they’ve partnered up with Major League Baseball for a campaign. You see, it’s a grant program for upgrading four baseball and softball fields in the U.S.

This fertilizer stock keeps gaining more momentum as the months go on. And, it’s a large producer of ammonia-based fertilizers. Including, urea and UAN.

The company has a tight focus on producing products that are good for the environment. And, they’ve got things figured out. Their estimates conclude that nitrogen is essential. Also, it’s needed to keep more deforestation from taking place. They estimate 30% more land would be needed to grow crops to feed the world. Which would mean more deforestation and much more carbon dioxide emissions.

The company does a great job of explaining. Specifically, why materials we have now are best-equipped to help green initiatives. Plus, addressing key issues on their website helps keep everyone on the same page.

Canada was so likely to show up in this list. Nutrien is a Canadian company that is also the largest potash producer in the world. And it’s the third largest for nitrogen fertilizer production. This fertilizer stock is very open and honest about its cash flow and other financials.

Recently, it’s seen results better than ever before. And, the company is expecting growth in 2022. On top of that, they are attending several investor conferences. This is a great sign. Because, it shows they are a large company. But despite that, they are still looking forward to continuing investing and growing. Plus, the company announced a share buyback program to happen soon. They happily announced TSX’s approval for this.

Intrepid Potash is a fertilizer stock that specializes in providing potash. Plus, it offers salt and fluids for other farming purposes. You know, things like animal feed. The company owns three mines, and all of them are in the United States. Something else interesting and valuable: they sit on one of the globe’s biggest langbeinite reserves. This mineral is not found in many places on Earth. Plus, it’s popular all around the world as a natural fertilizer.

In 2020, Intrepid’s east mine received the “Sentinels of Safety Award.” One of the great features of this fertilizer stock is that it has its own oil mines. So, the company likely use its own oil to make fertilizer. And that, in turn, would cut down the cost for the customer, too.

Investment Opportunities How Will Utility Stocks Perform in 2022?

Crypto PolySwarm Crypto: How Long Can Its Recent Rally Last?