3 Food Delivery Stocks That Could Deliver to Your Portfolio

There are plenty of things that I don’t mind spending money on. For example, I love to travel and will book a few-hundred-dollar flight with no hesitation. I also like going out to eat with friends. When the check comes, it’s no problem to just split it down the middle. But, for some reason, that $4.99 food-delivery fee just seems like an extravagance that my budget isn’t ready for yet. I don’t use any third-party food delivery apps. Due to this, I’ve largely avoided investing in food delivery stocks. However, after doing a deep dive into the industry, it definitely seems like I’m in the minority.

In all honesty, it’s kind of crazy that the third-party food delivery industry is so new. Sure, individual restaurants have always delivered their own food. But many new food delivery apps are less than a decade old. Postmates was founded in 2011. DoorDash quickly followed in 2013. Uber launched UberEats in 2014. It’s such a simple concept for a business that it’s wild that it took so long to come around. In recent years, these companies have just started hitting their stride. 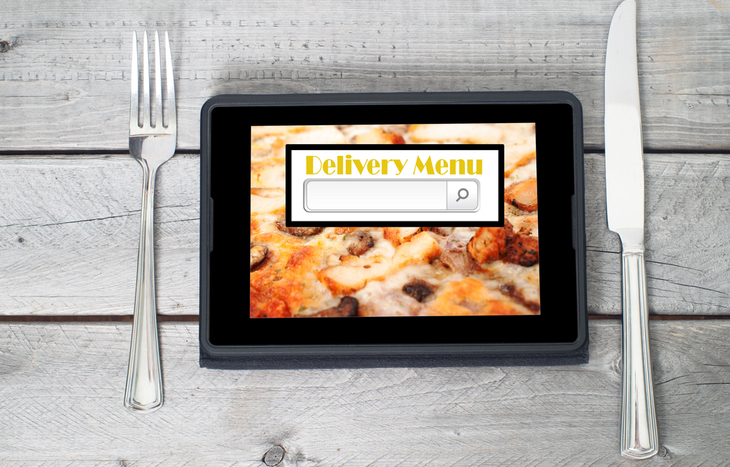 An Indulgence That Became A Necessity

During the pandemic, delivery apps made a huge transition. In a matter of weeks, they went from a simple convenience to somewhat of a necessity. For most of 2020, restaurants were forced to shut indoor seating. For a little bit, these restaurants had no way to sell food except through delivery apps. And for consumers, getting food delivered was also a safer alternative than venturing to the grocery store. Even once the pandemic is fully over, there will likely be long-term benefits for the food delivery industry. This is mainly because humans are creatures of habit.

It only takes 21 days to form a new habit. By this point, the pandemic lockdowns have been going on for nearly two years. This is well over the “habit-forming” zone. For this reason, it’s safe to assume that many behaviors adopted during quarantine have turned into habits. This is especially true for a habit like ordering food. Food delivery is a bit of a guilty pleasure. You get your favorite food delivered and also don’t have to cook and clean. Even though it’s pricier than grocery shopping, it also won’t kill your budget. This makes it a very easy “yes” when you’re deciding what to eat.

The pandemic also introduced millions of new customers to food delivery apps. Many of these people might have never planned on using a delivery service. However, they were almost forced to use it during COVID-19. Now that they’ve used it at least once, food delivery will always be an option when they are hungry.

With that said, let’s dive into some of the best food delivery stocks to add to your portfolio.

As mentioned, the food delivery industry is still very young. This means there are still a lot of private companies and acquisitions. This can make it difficult to keep track of. To help out, I’ve listed a few popular food delivery stocks that are not listed on U.S. stock exchanges:

Now, let’s talk about some food delivery stocks that you can buy.

DoorDash dominates a 50% share of the third-party U.S. food delivery market. It makes money by taking a cut from both consumers and restaurants. It has approximately 25 million users and hundreds of thousands of merchants. Recently, one of the biggest fears of food delivery stocks is a post-covid downturn. Many stocks that surged during the pandemic have come crashing back down. A perfect example of this is Peloton. However, so far it seems that DoorDash investors have nothing to worry about.

In its Q4 2021 report, DoorDash notched several key milestones. Here are a few of them:

The biggest takeaway from the report is that customer retention was very high for DoorDash. In fact, the numbers above are pretty much all the result of higher-than-expected consumer retention. This is a huge deal. Delivery companies are notorious for having low brand loyalty.

When you order food, you’ll probably check DoorDash, UberEats, and GrubHub. Whichever platform offers the cheapest price wins your order. Consumers are constantly flipping between which service is the cheapest at that time. This makes it incredibly costly for these companies to retain users. The fact that DoorDash saw enhanced customer retention will allow it to start reinvesting back in its business. If this trend continues, DoorDash could emerge as one of the best long-term food delivery stocks to own.

Uber is one of the most innovative companies of the past decade. Interestingly, its stock has mainly moved sideways since going public. Uber went public in 2019 and its stock is down 20% all-time since then. This is mainly because Uber is still largely unprofitable. Luckily, Uber Eats is turning out to be the profit puppy that Uber desperately needed. This is why Uber is one of the top food delivery stocks to own.

One of the biggest advantages that Uber has is its portfolio of services. Uber obviously helps people get around via ridesharing. Now, with UberEats, people can also get things delivered. In this sense, Uber really eliminates the need for users to have a second delivery app. In theory, it doesn’t make sense to also download DoorDash if you can just do everything on Uber’s app. On top of that, Uber recently announced Uber One. Uber One is a single membership platform for rides, groceries, and deliveries. Uber is bundling its services to offer more value at a cheaper price. Not only will this be better for users, it should also create much more sticky recurring revenue for Uber.

Another thing to note is that Uber’s two services will be more attractive for workers. Independent contractors now have at least two ways to earn money in a single app. If no rides are available, they can deliver some groceries and vice versa.

Uber has definitely come a long way since its launch in 2011. Today, it’s a global mobility platform. It offers dozens of services in tons of countries around the world. It’s also turning into an “everything delivery” company. It let consumers know this during a pricey 2022 Super Bowl ad. For Uber, the next big step will be converting its dominance into tangible profits.

Thousands of restaurants rely on third-party food delivery apps. One major chain that doesn’t? Domino’s. Domino’s has flatly refused to partner with third-party apps. Instead, it takes full control of delivering its pizza. And it actually does an amazing job. So much so that Domino’s VP of Marketing called it “an eCommerce company that happens to sell pizza.”

I’ve written a ton about Domino’s before and how they dominate food delivery. Essentially, Domino’s has spent years prioritizing its own online delivery system. Today, over 75% of its orders are digital. This helps Domino’s protect its valuable margins. By building its own delivery system, Domino’s earns more profit per pizza and controls the customer experience.