There is no doubt that the stock market has been crazier than usual lately. In 2021, investors grew accustomed to stocks like GameStop and AMC jumping 20-30% in one day. But recently, even billion-dollar tech companies are moving like this. For example, Meta Platforms dropped 20% after reporting its Q4 2021 earnings. On the other hand, Snap Inc jumped 60% after reporting earnings. Generally, massive information technology stocks like Meta are supposed to be relatively safe. Due to their immense size, their stock prices shouldn’t be as volatile. At this point, investors need to start asking if information technology stocks are still considered safe.

You’re most likely already familiar with the three information technology stocks listed below. There isn’t much new insight into these companies that investors didn’t already know. Instead, I’ll be doing a deeper dive into each stock. By doing this, I’ll break down what exactly makes these businesses so dependable. Each companies dominance mainly has to do with its economic moat. A company’s “moat” is just its unique competitive advantage. These advantages prevent other companies from copying it. For example:

These three information technology stocks below have some of the widest moats in the world. 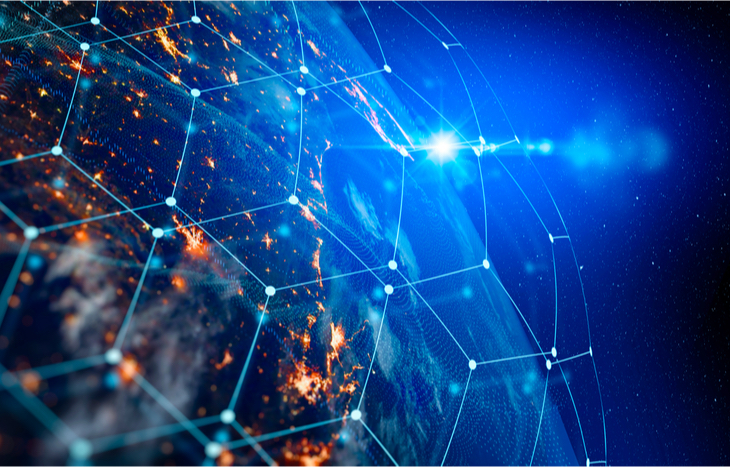 Microsoft’s moat lies in the strength of its Office brand. It also has a robust cloud computing division. In fact, Microsoft has a few different moats. This is mainly due to its portfolio of products. Microsoft divides its business into three divisions:

There are so many products to discuss that it’s easiest to just break down the highlights. Here are a few main takeaways from Microsoft’s business:

It’s a safe bet that 99% of people reading this have used Microsoft Office (or Office 365) before. For years, its office suite was completely dominant. In fact, Word, PowerPoint, and Excel were basically synonymous with personal computers. To this day, Microsoft still owns 75% of the desktop OS market. It has expanded this Office suite into Office 365. Now, it can scale its solutions up or down. In recent years, Google has emerged as a major competitor. Other than that Microsoft Office is what makes Microsoft one of the three safe haven information technology stocks.

More recently Microsoft has expanded its business by creating Azure. Azure is Microsoft’s cloud computing division. It currently owns about 21% of the market share. This puts it only behind Amazon Web Services. Azure is a major revenue-generator for Microsoft. This revenue allows it to expand into new markets. A few new markets include AR, VR, gaming, the metaverse and more.

Amazon’s moat comes from its fulfillment network. This fulfillment network is the result of 15+ years of intense customer-centric focus. It started with Amazon Prime. This is Amazon’s membership network. Prime was Jeff Bezo’s idea to prioritize its best customers. In exchange for a yearly fee, Prime promises free 2-day shipping (among other benefits). The program currently has about 200 million members. Amazon Prime creates intense customer loyalty. This insulates Amazon and is what makes it one of the top information technology stocks.

To deliver on its “free 2-day shipping” promise, Amazon operates 175 fulfillment centers worldwide. These centers are run with help of about 200,000 robots. In addition to being one of the top information technology stocks, Amazon is also one of the safest warehouse stocks. For another company to compete, it would need to buy and operate its own centers.

In the long term, Amazon wants to deliver products to “you,” not just an address. Amazon has completely mastered the logistics business. In fact, it probably does a better job at it than company’s whose entire business is logistics. The thing is, Amazon is much more than a logistics company.

On top of its fulfillment network, Amazon owns Amazon Web Services (AWS). AWS is Amazon’s cloud computing branch. It currently owns about 41.5% of the cloud computing market. AWS is Amazon’s profit puppy and earned about $71 billion in 2021. It’s used by organizations of all shapes and sizes. To name just a few: The CIA, AirBNB, J&J, Netflix, Facebook, Kellogg’s, Shell and many more.

AWS alone is more successful than most companies will ever be. On top of that, Amazon has also created the most extensive fulfillment network in history. This is why many investors believe in never betting against Amazon.

Google’s moat is the fact that you probably used Google to find InvestmentU. Google’s core business is search. Since the 1990s. it has built this business by cataloging the world wide web. Today, Google controls about 91% of the world’s searches. No other companies really come close to competing with Google. In fact, the world’s second-biggest search engine is YouTube. YouTube is owned by Google.

Jeff Bezo’s summed up Google’s dominance pretty succinctly in The Everything Store. He stated, “Treat Google like a mountain. You can climb the mountain, but you can’t move it.”

Google has such a massive head start when it comes to organizing the world’s data. At this point, it’s honestly hard to imagine another company catching up. That is, of course, unless Congress steps in. By this point, Google invests millions of dollars yearly into artificial intelligence. This AI allows Google to perform faster, more relevant searches with greater accuracy. Honestly, Google most likely has the biggest moat of any business in the world. This makes it one of the best safe haven information technology stocks for your portfolio.

Google’s business lines are broken down into:

The overwhelming bulk of Google’s income comes from its Google services division. This is mainly ads, in-app purchases, and sales of apps. In Q4 2021, this division accounted for 93% of its revenues.

I hope that you’ve enjoyed learning about these three safe haven information technology stocks to add to your portfolio. As usual, please invest based on your own research and due diligence.