What is a Stock Market Correction and is One Coming in 2022?

When the stock market is in the midst of a bullish run, it can seem like stocks will continue their march upward until the end of time. With the nature of our cyclical economy, there are bound to be ebbs and flows. However, every cycle is a little bit different. Take the supply chain disruptions throughout 2021 for example. Even if a bull run slows or comes to an end, it doesn’t necessarily mean we are seeing a stock market correction.

To address those concerns, we’ll take a look at what a market correction is, how to spot one and whether a correction might be headed our way in 2022. 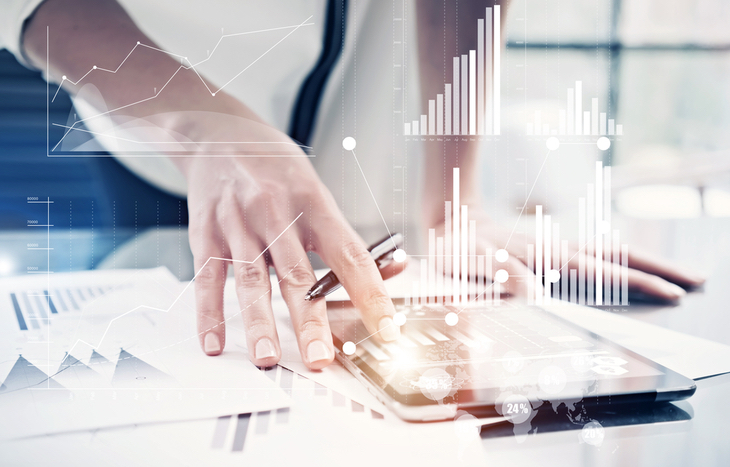 What Is A Stock Market Correction?

Simply put, a stock market correction is generally seen as a decline of at least 10%, but less than 20%. Given that an individual stock can decline due to factors not indicative of the market as a whole, a correction generally applies to a major stock index, such as the S&P 500.

Signs Of A Market Correction

The signs of a stock market correction are the same as the signs of a market peak. After all, if the stock market reaches its highest possible point within a given cycle, the only way to go is down. The good news is that corrections usually don’t last long. The typical correction lasts four months on average. Meanwhile, the average bull market lasts 56 months.

Here’s how to spot a stock market peak, suggesting a possible correction ahead:

Is A Market Correction Coming In 2022?

The last time we entered correction territory was in March 2020. This decline went beyond a correction and into a bear market. Between February and March 2020, the stock market declined 37%. However, the bear market did last a total of 33 days and was caused by fear and uncertainty around the coronavirus pandemic.

While some uncertainty remains, as do some supply chain issues, things are very different than they were in March 2020. But some new issues have emerged that could cause a decline in 2022, albeit less dramatic than the drop in 2020.

The biggest issues that threaten the stock market right now are inflation and a tightening of monetary policy to follow, especially an increase in interest rates.

However, analysts don’t generally expect a major decline in the stock market as a result of these actions. It’s important to remember that one of the causes of inflation is high levels of consumer spending; indeed, the economy has continued to recover from its 2020 lows despite supply chain issues. As a result, stocks are not especially vulnerable to a correction, analysts say.

Is Now The Time To Invest?

It’s difficult to predict the exact point at which the market peaks and the 10% drop needed for a correction isn’t a particularly dramatic one. The stock market has always recovered after a correction, crash or bear market, and these events don’t preclude investors from growing their wealth in the long term.

Of course, there is always the chance that some unforeseen event will cause a significant drop in the market. Before late 2019, the coronavirus was completely unforeseen (unless you count Bill Gates’s prediction back in 2015). Some other events could throw the markets into a tailspin, at least temporarily, but that is the nature of investing.

Some level of risk is always present, but the market has always risen in the long run. And, as mentioned, there is no fundamental indicator that suggest we are headed for a stock market correction. That could always change in the short term, but long-term investors have always been rewarded. Thus, now is just as good a time as any to put your money into the market.