These penny stocks to buy are definitely growing with time. Some of them may need a little more time than others. And if you don’t get in on them right away, it’s okay. Even if you feel that you’ve “missed the boat.”

Remember: If a stock has done well in the past, it’s likely to do well in the future. Take Apple (Nasdaq: AAPL) for example. Apple started as a penny stock. It went up. It had amazing gains. So many people thought they “missed it.”

But then, something amazing happened. It went up again. It kept going and going. And it’s still climbing. It’s still an amazing stock to hold with great returns. Even at such a high price. If you would’ve bought in after the first major rise? It’s likely you still would’ve become a millionaire after a few years of holding.

If you pick out the right ones, penny stocks can become millionaire factories. The part you need to get right is figuring out which ones are best. Which ones have the most potential. Which penny stocks to buy now.

And you do this by conducting your due diligence. You look at the leadership, history, profitability and debt. Look at all kinds of things going on with the company. It helps to check out recent news within the company and the industry. Think about politics and how they are affecting the market and business.

Penny stocks are very risky. They carry volatility, which means you can make money fast. But you can also lose money fast. Don’t be scared off by this, though. And just know that the more homework you do on a stock, the less risk you’ll take on. 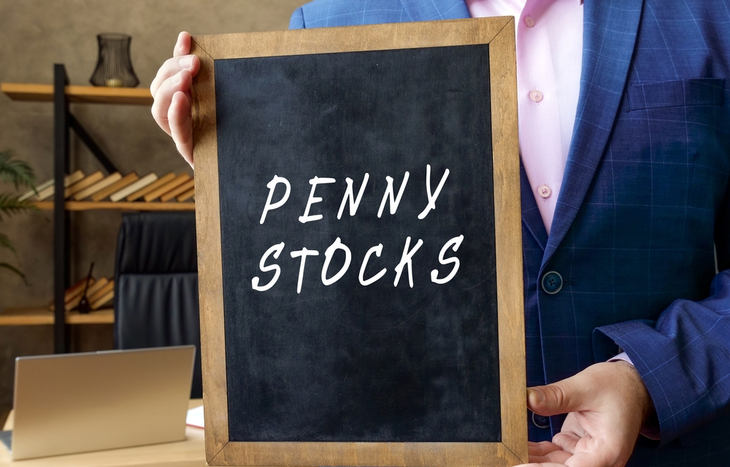 Vinco is a penny stock to buy that purchases other startups. Then, it gives that company an edge. And, it will grow, scale and repeat. The company recently announced it will be buying Zash. It’s a media and entertainment company that is focused on transforming the industry. Creating media that is more user friendly than ever is its main goal.

Vinco owns 13 different brands, and is obviously aggressive about expansion. Plus, it’s currently raising capital for one of the brands it owns, Cryptide, Inc. So, it’s clear that Vinco is focused on obtaining forward-thinking assets.

Farmmi is a large producer of mushrooms. It produces various species of mushrooms to cook with and eat. And it does this in the mountains of China. The company sells to many different countries, and it doesn’t have many direct competitors. Except those smaller farms and establishments.

The mushroom market is somewhat overlooked, but one of the most profitable. When it comes to agriculture, mushrooms take up far less space. Plus, it allows for a much smaller investment and a more profitable crop.

Palisade is a penny stock to buy now that helps people with gastrointestinal issues. It creates therapies that can be taken orally. So, pills and liquids that can be eaten by the patient. And acute and chronic problems are on the company’s radar.

Plus, the company has set its sights set on more than one country to offer their solutions. Because recently, they received both a U.S. patent and a European patent for their latest drug. And even though they are still in clinical trials, the patents are a very good sign.

This is a penny stock to buy because of the industry it’s in. Phunware is active in a unique part of the market. Because selling advertising and marketing in the mobile space is a small industry. It’s one that is overlooked and very profitable.

But, its first aggressive edge comes from the mainstay of its business. And that is the fact they advertise and market differently. They find unique ways to let the user interact with the ad. This engages them in a way that no banner ad ever could. And, it’s much more likely they’ll remember the company tied to what they did.

And in the end, that’s the whole point of advertising.

Creative provides companies with all the digital signage they need. And some of those ad mediums include menus, brand name signs, or interactive boards. Some of the brands the company has produced for include Alpha-Romeo, Jeep and McDonald’s.

This penny stock to buy now has been busy lately. Recently, it launched its logistics service. Which is new for BEST. Also, a short time after that, they launched a sortation center in Asia. And this is the largest one they have to date.

They took their time to launch the company. And it took a few years. But, now the company has been named to China’s Top 500 Enterprises for two years in a row. And that includes this year and last.

Calyxt is addressing a huge problem. And that is pollution. It’s merging a biotech company with plants. And the company is figuring out better ways to provide materials to companies. Plus, these companies will likely span many industries.

This penny stock to buy is still in its infant stages. But, it could prove to become a giant. Because it has already patented a PlantSpring technology. And it plans on using this to create sustainable materials and products. Depending on how Calyxt can apply it, this could change many markets.

Coming up with user-friendly materials that don’t harm the earth. It’s a solution that’s long overdue.