Pi Coin: Will Anything Ever Come of This Project?

For all intents and purposes the token that powers the Pi Network (Pi Coin) is worthless. It has no cash value. And that’s been the case since its whitepaper was released three years ago. Nonetheless, more than 33 million people have joined the ranks of so-called “pioneers.” Get it, pi-oneers? (For reference, these are the folks that have proven they are human and have mined some Pi coin.)

What sets this token apart though is the fact that just about anybody can mine it. All you need is a smartphone and the Pi Network app. Compared to the hoops most miners have to jump though in order to get started, this is way easier. The catch is there’s no use case for what’s being mined. 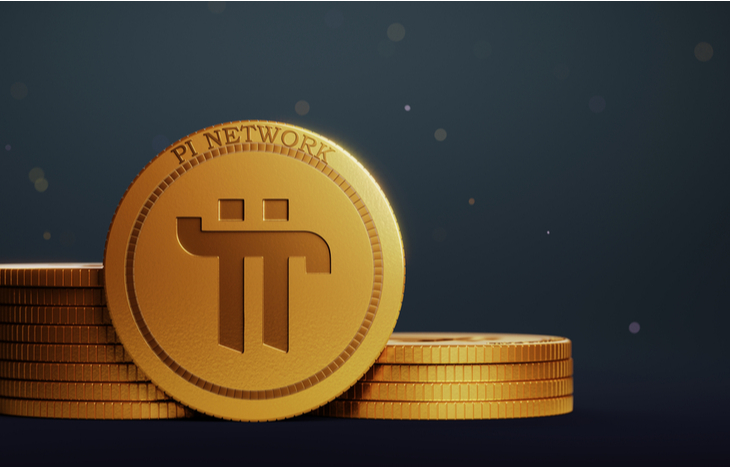 In some ways the Pi coin just feels like some sort of social experiment. One with a heavy emphasis on the numbers behind 𝞹. It seems like the team behind Pi Coin just wants to see how many people they can convince to mine it. Afterall, there’s no way to buy it. And there’s no way to withdraw Pi Coin and put it into a wallet.

The other odd choice the developers of this token made was to treat it like some sort of multi-level marketing scheme. Once you download the app, you need a referral code to activate your account. However, there are easy workarounds. We just searched Reddit and quickly came across dozens of referral codes. The kicker here is with each referral used, the original pioneer gets to level up his mining power. If you’ve ever looked into pyramid schemes, this should sound familiar.

What’s the Point of Pi Coin?

This is the million-dollar question. The two founders of Pi Coin both have PhD’s from Stanford. And Stanford does have a bit of a reputation for cutting edge experiments. So we’re not ruling out that this is nothing more than an experiment.

Furthermore, Pi Coin’s head of technology is Stanford’s first decentralized applications professor. And his co-founder specializes in social computing. So launching an app that focuses on the social engineering of a decentralized service does sound like a worthwhile paper for the two to collaborate on. But this is just a hunch. And we’re sure that the 33 million people that have already signed up to mine Pi Coin don’t want to hear that. So feel free to dismiss that hunch.

Another possibility is Pi Coin miners are helping build a fully decentralized blockchain network. As it stands, the Pi Network is only in the second phase of its roadmap. And according to the whitepaper, the blockchain mainnet won’t launch until phase three. So there is a chance the network Pi Coin will power has just been in development for the past three years.

This second possibility does line up with the rash of announcements recently made by the Pi Coin team on social media. The final stages of phase two were planned to be encouraging more miners to start their own nodes. And that stage was recently announced in a Pi Day tweet:

Does this mean we’re any closer to seeing a proper use case for Pi coin? Is the Pi Network blockchain really one step closer to being realized. And does this mean Pi coin will start being worth something? Well, all of that could be true. But it could just as easily be a way to rope in more miners to use the app.

Let’s assume Pi coin is not a social experiment. And just for fun, let’s imagine there’s no actual plans to turn Pi coin into a cryptocurrency that supports a new blockchain. What else could be the point of all of this? Money, of course.

While users mine Pi coin, the app is built to collect all sorts of data. It can collect contact and identity info like email addresses. It has access to network information pertaining to transactions. The Pi Network app also makes note of usage information. And all of this can be worth big bucks to marketing firms.

You can read the privacy policy here. This isn’t too dissimilar to the model Facebook built and monetized. Remember, nothing’s free. If you’re using something for free, then you’re the product. But again, all of this is just a simple theory.

How to Mine Pi Coin

If you don’t mind sharing a little data, then there’s not much to actually be fearful of when it comes to Pi Coin. We’ve checked the data usage and the size of the Pi Network app and both are fairly lean. And as laid out in the privacy policy, Pi Network isn’t providing data to anonymous parties around the world. This appears to be all operating within the U.S. So it does comply pre-established data-protection and privacy laws.

If you’re not scared off yet, here’s the skinny on mining Pi coin:

First off, this is a smartphone-centric process. So you start by heading to the app store your phone uses and downloading the Pi Network app. Then you run through a basic signup process. You enter a name, email address and user password. Once you clear that stage, you need to enter a referral code. Again, you can find these all over the internet.

Once you’re in, you’ll see a message that looks like this: 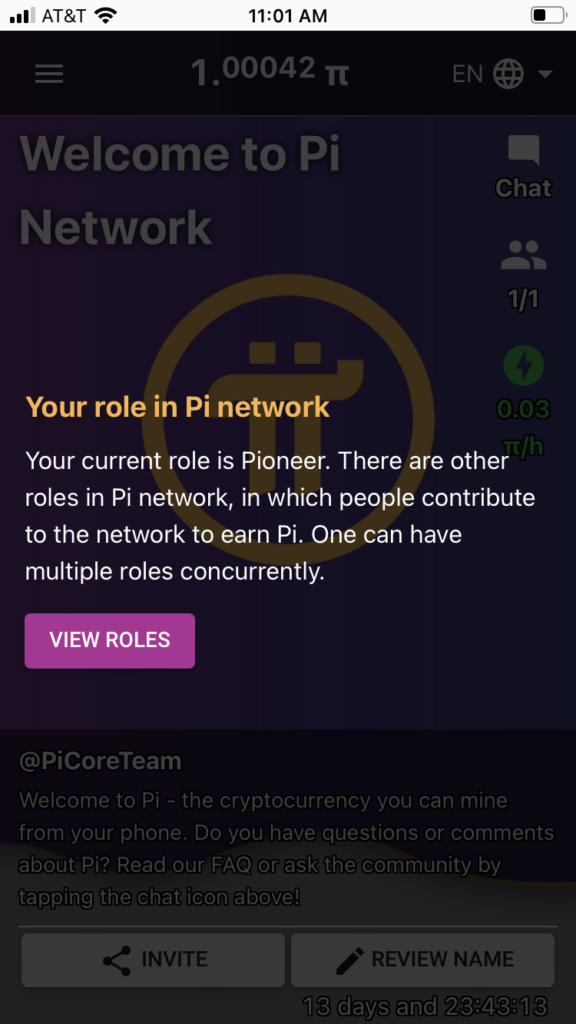 As you can see, we’re currently mining around 0.03 Pi coins per hour. It ain’t much, but it’s honest work (we think). From there, you just need to interact with the app every 24 hours to keep mining continuously. You can also set up push notifications for when your 24 hours is up.

The Bottom Line on Pi Coin

There’s a lot of uncertainty around the Pi coin project. What’s going on behind the scenes is still a big question mark. But there’s also little to no risk for giving it a shot. We’re not too proud to admit we’ve lost a few bucks here and there on some rug pulls. And if this is anything other than a new way to mine crypto, well there ain’t a whole lot of rug to pull.

That’s not to say we think Pi Coin is the way of the future though. But just in case, the next halving of Pi Coin happens when it gets to 100 million engaged users. So those that get in now will have the chance to mine at a higher rate than some future users. The only unanswered question is whether any of us are mining something worthwhile.