Polkadot Price Prediction: What Direction Is This Popular Crypto Heading?

Polkadot had a very up and down year. But it’s worth noting that anyone who got in early has some solid gains to show off. And for that reason alone, it (as predicted) turned out to be an awesome year to be a crypto investor. Polkadot crypto finished 2021 up 220% on the year. And there’s reason to think a bullish future lies ahead still. This Polkadot price prediction will explain why. 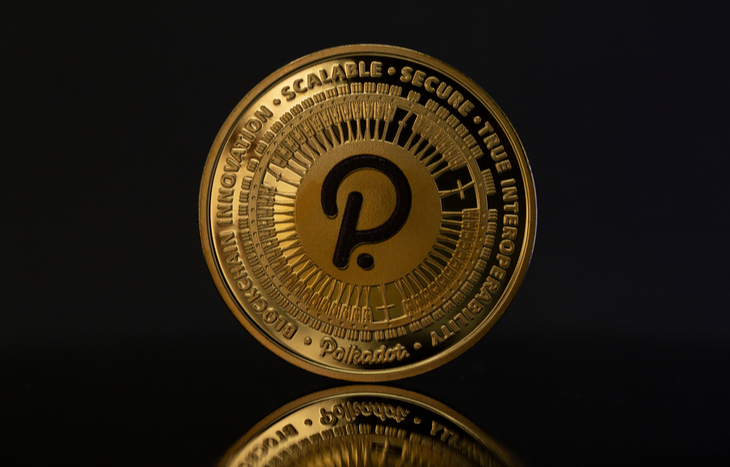 Polkadot launched back in 2017 as a straightforward open-source project by Parity Technologies. That same year, it held its first token sale, which resulted in raising 485,331 Ethereum coins. Even back in 2017, this translated to around $143,172,645. But if Parity Technologies held onto that Ethereum for future projects… Well, that would mean they’re sitting on more than $2 billion to help fund future projects. But we’d guess the actual figure remaining is somewhere in between those two figures. It stands to reason the team behind Polkadot has been pretty busy. And it’s an equally safe bet that they used at least some of that Ethereum to get where they are today.

Since Polkadot was launched, it has made its way on to Coinbase. This is almost always a boon for newer tokens when they’re listed. But contrary to the norm, the value of Polkadot actually retreated the month following making it onto Coinbase. In fact, its value was cut by more than half. But to be fair June and July of 2021 weren’t particularly robust times for the crypto markets as a whole. Sometimes, it just boils down to bad timing. And that appears to be the case for Polkadot.

Since its first checkered month on Coinbase, Polkadot has more or less performed in line with the greater crypto markets. It’s ebbed and flowed along similar lines as Bitcoin and Ethereum. And that bodes well for Polkadot’s future and its adoptability… At least if you believe in the blockchain technology behind crypto as a whole.

Polkadot can be characterized as a sort of blockchain of blockchains. It enables cross-chain transfers of just about any sort of data or asset. So, connecting with Polkadot enables users to interoperate with a variety of blockchains connected to the Polkadot network… Of which there are a lot.

That being said, the idea of centralizing decentralized data can be a dicey proposition. But Polkadot’s data availability and validity scheme that helps chains interact isn’t an overbearing one. It allows individual chains to remain independent in their governance protocols.

Another admirable thing about Polkadot is its forward-thinking vision. The network provides nearly limitless scalability. It does so by enabling validation to take place across multiple blockchains.

On top of this, it can be upgraded without hard forks, which has been a controversial topic that has driven down the price of governance tokens in the past. However, this allows the seamless ability to add new features and fix bugs as soon as possible. This adaptability can act as a catalyst in the future when positive and popular changes are in place moving forward.

Furthermore, those that are interested in voicing their opinions on Polkadot’s future need only hold the governance token in order to have their voice be heard. Upgrades will be coordinated on-chain. This means its development will reflect the views of the Polkadot community. These all add up to the reasons why this Polkadot price prediction comes with a very bullish tone.

A Word of Warning

Polkadot has achieved what a lot of other newer cryptos haven’t been able to in such a short time. Since its launch just a few years ago, Polkadot has become one of the ten largest cryptos in terms of market cap. However, its market cap has shrunk with its decreasing value over the past month.

Since hitting an all-time high of more than $55 in November, Polkadot’s value has pulled back to less than half of that. So despite all of the technological innovations Polkadot has introduced to its network, not all investors appear impressed. Being the first to the market with innovation doesn’t always lead to market dominance.

Fusion crypto has plans similar to what Polkadot has established. So does BICO. And Clover Finance crypto is trying to execute something similar for being able to pay for goods and services across multiple blockchains. To put it simply, Polkadot has some new competition to deal with. And that could be part of the reason its value has retreated so much.

Long before any of us were around, Hydrox introduced the first chocolate sandwich cookie. A few years later, Oreo hit the shelves and gave Hydrox some competition. Yea, it took a few generations, but these days Oreo has dozens of varieties of its popular cookie on the shelves. And good luck finding a sleeve of Hydrox in the grocery store these days. So despite our overall bullish sentiment, this Polkadot Price Prediction does come with the caveat of an uncertain future.

Investors can look at Polkadot’s value two ways. It’s either selling at a discount or it peaked early and is on a downslide. This technology is still new. And there’s no certainty Polkadot’s cross-chain abilities will become the gold standard.

But the founders behind Polkadot come with an impressive pedigree. Dr. Gavin Wood is also a co-founder of Ethereum. And he’s also the creator of the smart contract coding language Solidity. Robert Habermeier is an expert blockchain and cryptography researcher and developer. And Peter Czaban brings a proficiency in fintech industries.

Together, it’s hard to discount the impressive trio behind Polkadot. And in the end, that’s why this Polkadot price prediction comes with an overall bullish sentiment. By no means is Polkadot crypto a “sure thing.” But at the current price, it looks more discounted than dying. And it wouldn’t be at all surprising to see Polkadot climb back up to its all-time high within the next year.