Talking Ben Crypto: Why You Should Probably Keep Your Distance

When a new cryptocurrency is unleashed on the world, a fun experiment is to play the game real or scam. And that’s what we’ll be doing with the brand-new Talking Ben crypto token. 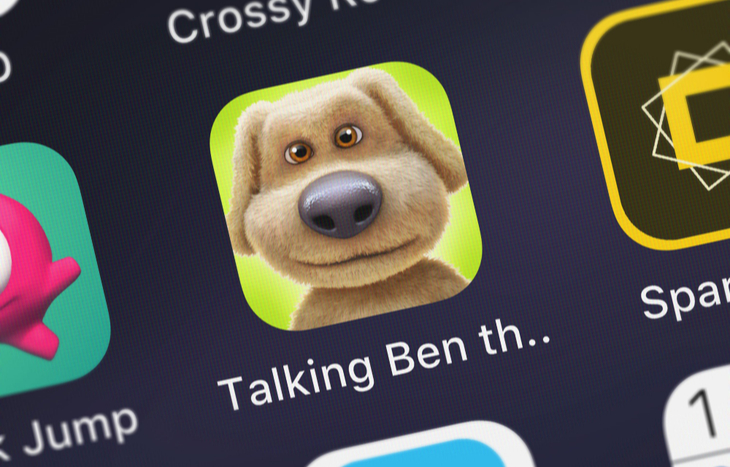 Now, sometimes this is an easy game. Other times it’s not. When we first got wind of the Solana crypto token, we dove deep into its whitepaper and liked what we saw. Its development team had a well-defined plan for the future. And it solved some issues that were plaguing the industry.

Solana directly addressed scalability issues. It provided lower transaction costs. And it provided a faster transaction speed than any other blockchain on the market at the time. To be fair, the Bitgert crypto token has since eclipsed Solana’s speed record. Nonetheless, it was pretty clear than Solana was legit from the get-go.

Then there are other tokens that don’t provide much of a use case. And it’s doubly concerning when a new token appears to be capitalizing off some other trend. See the now infamous Squid Game crypto as an example of this.

Squid Game crypto was pitched as an in-game token for a to-be-launched game. That game never quite materialized. And the creators made off with millions in a classic rug pull. Now, in the case of the Talking Ben crypto token, we see something similar.

There is no use case yet. But there is the promise of it playing a part in community events rewarding NFTs, future airdrops and BNB rewards. Right now, we’re in the first stage of this token’s development. Again, this is a brand-new token. And while some plans are outlined, there’s still a lot of vagueness to be weary of.

Why We’re Not Going Near Talking Ben Crypto

Talking Ben crypto is branded in-line with a popular smartphone app called “Talking Ben the Dog.” It was first launched more than a decade ago. But it’s seen a hearty resurgence in popularity following a software update this year.

Talking Ben the Dog is in the top 20 most popular apps in the iOS App store right now. It’s more popular than Gmail, Google Maps, Spotify and even Twitter. So suffice to say it’s gained a lot of traction recently.

But here is the problem… The game was developed by Outfit7 Limited. And there is no mention that it’s affiliated with Talking Ben crypto – despite the fact the dog’s likeness is all over the token’s website.

On top of this, there’s still no whitepaper for Talking Ben crypto. There are only some promises of what its utility will be in the future. That’s a big red flag. We prefer tokens to have a thoroughly planned mission before launch. Not one that’s tacked on as an afterthought.

Beyond those issues though, it has all the boilerplate language you’d expect for a new token. Transactions incur a 10% fee, which goes towards marketing (among other things). The total supply of Talking Ben crypto is 100 trillion. And there is the promise of rewards for current holders in the future. And the more of these tokens you hold, the better chance you have of getting your digital hands on one of the Talking Ben NFTs… Something I’m sure most of us could live without.

More Cause for Concern

Besides the scant few details offered about the functionality of Talking Ben crypto, there are a couple other warning signs. The couple of stages in this project’s road map are clearly laid out. Launch a coin and gain increased exposure by getting listed on crypto community boards.

These stages are accompanied by graphics ripped right from the Talking Ben the Dog app. But when it comes to the third stage (when the NFTs will be launched), the graphics are simply a crudely drawn dog face. And by the time the fourth stage is listed, it’s inexplicably accompanied by an image of the YouTuber, Ishowspeed. You can what we’re talking about here.

And then when it comes to stage five, well, not even the dev team could come up with a good answer. That part’s just to-be-determined. Which, of course, would be a good thing to figure out before launching a new crypto token.

We’re not going to say outright this is a crypto scam. It just smells like a rug pull is all. And with the vast number of tokens on the market, we think there are probably better investments out there… Ones with better use cases and a more clearly outlined plan for the future.

But if you’ve gotten this far and still like it as an opportunity, more power to you. It’s currently trading on the decentralized exchange PancakeSwap and PooCoin. The latter of which is all but enough reason for us to hightail it in the opposite direction of Talking Ben crypto. But we’ll leave it up to you to decide what you should or shouldn’t do with your hard-earned money.