Buying Opportunity of The Decade? 5 Tech Stocks Under $10

These days, many stocks carry incredibly high price tags. For example, if you want to buy a share of Amazon or Google then you will have to shell out thousands of dollars. This is especially true in the technology sector where companies can reach high valuations very quickly. Luckily, not all tech companies are out of reach. There are still plenty of tech stocks under $10 that are worth investing in. In fact, we are actually in an incredibly rare time when it comes to investing in tech stocks.

For the first time in over a decade, the U.S. is entering a period of rising interest rates. Due to this, many institutional investors are reallocating their funds. They are shifting from high-growth tech stocks to cash-flowing value stocks. Over the past couple of months, there has been an incredible sell-off of tech stocks. If you have a long-time horizon, this could be the perfect time to scoop up valuable tech stocks at a huge discount.

With that said, let’s take a look at where the best opportunities lie. 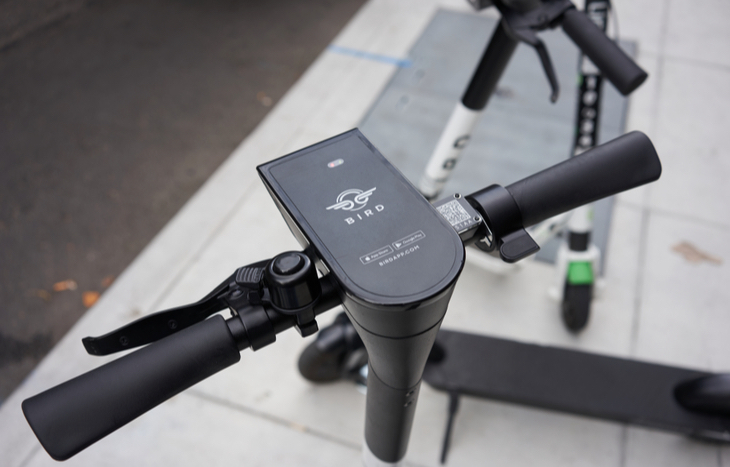 Bird is the company behind ridesharing electric scooters. In fact, it was one of the first companies to coin the term “micro-mobility.” It first became popular in California but has quickly expanded to over 350 cities globally. Even if you have never ridden a Bird, it is still one of the top tech stocks under $10 worth investing in.

In 2017, Bird burst on the scene by just releasing its scooters onto the streets with no warning or permission. It was one of the wildest examples of “shoot first, ask questions later.” Its scooters were met with very mixed signals. Many people loved them and would ride for fun as well as an alternative to driving. However, many town residents hated them and claimed that they were ugly and unsafe. Luckily for Bird, there is no such thing as bad publicity. It expanded rapidly and became one of the fastest companies to reach a billion-dollar valuation.

In more recent months, Bird has had a tremendous fall from grace. It went public in late 2021 and its stock is down over 60% since. However, this could just be due to the aforementioned tech selloff. In its Q3 2021 earnings report,Bird actually posted strong numbers.

On top of that, Bird’s underlying value proposition is very sound.

Bird has an incredibly interesting business model. At first, it’s easy to write it off as a fun scooter company that’s just the newest new fad. However, just like Airbnb or Uber, Bird is actually tackling a much bigger problem.

Micromobility could very well be one of the biggest trends of the coming decade. I say this for a few reasons:

Bird presents a solution for reducing traffic, saving money by not owning a car and traveling short distances. Although it’s not mainstream yet, it’s easy to see a future where people Bird much more often than they drive.

Granted, Bird has tons of competition. It was the first to create ridesharing electric scooters. However, like all good ideas, it was quickly copied by Lyft, Spin, Wheels, Veo, Link and more. Luckily, Bird has the first-mover advantage of its side. This will be a huge advantage in expanding, forming partnerships and winning licenses. If it can scale quickly enough, it will also enjoy economies of scale. This means it will ideally be able to charge a lower price per ride and squeeze out competition.

For all of these reasons, Bird is definitely one of the five best tech stocks under $10.

Compass is a digital marketplace that allows you to buy real estate. Its business is comprised of two main factors. First, it acts as a brokerage that employs 18,000 agents. Second, it acts like a real estate technology company similar to Zillow. It gives users tools to simplify the process of buying and selling real estate. For these two reasons, it’s one of the best tech stocks under $10.

CEO Robert Reffkin stated that growing revenue is a massive priority for Compass. So far, it has delivered on this strategy. Compass recently announced full-year 2021 revenue of $6.4 billion, up 74% year-over-year (YOY). This strong performance came from closing 225,000 real estate transactions. Right now, Compass works with more than 26,000 agents in 69 markets. In 2021, it added 7,000 new agents grew its national market share to 5.6%.

Investing in Compass is a little like investing in Zillow (Nasdaq: Z). The biggest difference is that Compass’ shares are about 1/10 the cost of Zillow’s.

I’ve already written about Matterport a few times. In summary, it is one of the best metaverse stocks that nobody is talking about. You can read more about it in that article so I won’t go into too much detail here. Just know that Matterport is one of the world’s leading spatial data companies. It essentially creates 3D environments of real-life places. If you have ever taken a virtual apartment tour then you’re familiar with Matterport’s technology.

Matterport could play a huge role in creating the metaverse. It’s also one of the best tech stocks under $10.

In the past year, Blackberry has started to get lumped in with meme stocks. However, remember that even Reddit investors don’t just pick stocks at random. There’s always at least one legit reason why they will rally behind a stock. For example, many Reddit investors were excited that Ryan Cohen invested in GameStop. They felt that he could use GameStop’s strong brand to turn it into an eCommerce company. Something similar is going on with Blackberry.

Just like GameStop, Blackberry has a very strong brand. Even people who have never used a Blackberry phone probably recognize the name. What’s shocking is that Blackberry doesn’t even make phones anymore. It’s now a cybersecurity and critical event management company. As the world continues to get more digital, Blackberry’s solutions could play a very big role in protecting data on the internet.

Blackberry also shocked investors recently by posting a surprise profit. In Q3 2021, Blackberry reported revenue of $184 million. It also posted a net income of $74 million. This was its first profit in five quarters.

Remember the massive technology sell-off I mentioned? Well, Purple is another company that got caught in the crossfire. In 2020, Purple was a high-flying DTC eCommerce company that sold “comfort technology.” Its stock was up approximately 300% in 2020. Now, in the past few months, Purple’s stock is down over 80% and it is featured on this list of tech stocks under $10. Life comes at you fast.

Part of the reason that investors are selling Purple’s stock is because it reported slowing revenue in Q3 2021. Net revenue decreased 8.7% to $170.8 million. Purple attributed this slowdown to “production issues.” We can safely assume that this is linked to the global supply chain issues that just about every company is struggling with. However, when we take a step further back, Purple’s business has still been performing well. Since 2018, annual revenue has grown nearly 50% each year.

It also hasn’t been all bad news for Purple in the short term. In Q3 2021, it partnered with Mattress Firm, the nation’s largest specialty retailer. It also hired Robert DeMartini in December 2021 to take over as acting CEO for Purple. He brings experience from New Balance, Proctor & Gamble and USA Cycling.

The main reason Purple is one of the best tech stocks under $10 is due to its brand. Purple is known for having a top-quality product, which has created one of the strongest brands in its industry. Despite a rough few months, Purple still has lots of potential in the long run. This is especially true with its partnership with Mattress Firm and a new CEO at the helm.