Not to be confused with sister company, Virgin Galactic (NYSE: SPCE) Richard Branson’s space tourism company. Instead of carrying people, Virgin Orbit is useful for a much broader market.

The company launches satellites into space for other companies. With this in mind, some of Virgin’s diverse clients include the Department of Defense and NASA. Not only does the company work with the U.S government, but it also offers its services for commercial use.

Virgin Orbit merged with SPAC Nextgen Acquisition Corp to publicly trade under the ticker VORB. Keep reading to learn more about why VORB stock is trending and what Virgin Orbit is all about. 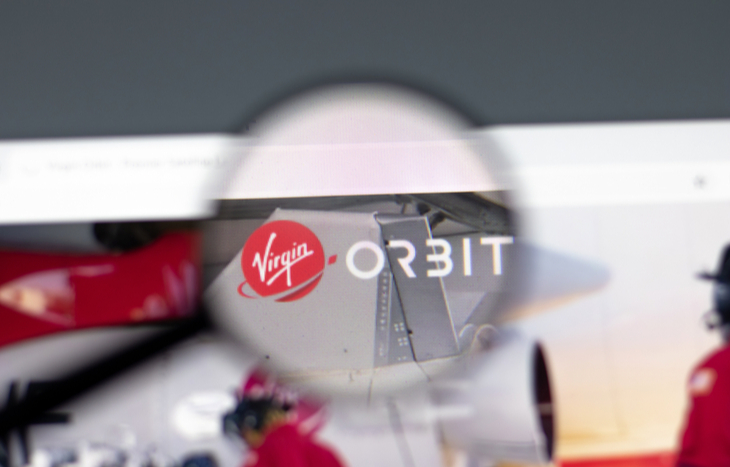 What’s All The Hype About VORB Stock?

After falling the first week of trading, VORB stock soared to an all-time high of over $11 per share. Founder Richard Branson ignited a fire with only a move he could pull off. Branson brought one of the company’s 70-foot rockets to Time Square to celebrate Virgin Orbit becoming a public company.

The company posted on its Twitter, “We think the space technology we’re building will positively change the world, but we want you to see for yourself. The crew has started building LauncherOne ready for the big time in the Big Apple.”

The event sparked interest in VORB stock, pushing shares up over 60% in four days leading up to a successful third launch. Virgin’s “Above the Clouds” Mission successfully launched all seven customer satellites. That said, the company has now delivered government, commercial, international and national security satellites.

Since reaching all-time highs, shares are slipping with the market selling off. Having said that, growth stocks are getting hit the hardest with investors looking to manage risk.

Then, today the company announced a new deal with the Sultanate of Oman to launch the country’s first satellites. The agreement is part of a broader plan for Oman’s first deep-space mission.

You may be thinking, “this sounds great and all, but how does it work?” The company has now successfully launched 26 satellites into orbit so far. Even more, the company doesn’t need a launchpad.

Instead, Virgin converts Boeing 747 plane into mobile launch stations. The modified plane features an air launching rocket that ejects from the plane, carrying the satellites into orbit.

VORB stock also has an advantage in that it can launch rockets anywhere, saving time and money. Plus, the platform is reusable, whereas many rockets are a one-and-done deal. That said, here is a snapshot of the launch process.

The process differs from competitors, offering a low-cost, flexible option for clients.

The big question is, how much can VORB stock make with this unique business. As it turns out, the space economy is growing rapidly as private funding and new technology push the industry forward.

With this in mind, Morgan Stanley predicts the global space industry can see revenue of over $1 trillion by 2040. And more importantly, the most significant opportunity right now is satellite internet access. A project Virgin Orbit is working to bring down the cost.

In fact, several events expect to increase the satellite launch rate. Initially, the need to expand internet access to underserved parts of the world will drive it higher. But, newer industries such as self-driving cars and VR also rely on connection.

So, if these industries continue progressing as expected, VORB stock will have a massive market opportunity.

Not only that, but between national defense and security, the company is making it easier for governments to act quickly. The balance between commercial and government use gives them plenty of opportunities to grow.

Virgin is projecting revenue to grow at 166% CAGR between now and 2026 as demand accelerates. At the same time, it can be a costly process, and Virgin has a lot of work to do before it gets there.

Although VORB stock has been trading in public markets for less than a month, it’s generating plenty of hype. The company has big expectations for the space industry and its role in it.

We will see how well the company manages the next several launches, with seven on deck this year. If the company continues showing progress, the company may continue attracting investors looking for a piece of the next big thing.

The company already has major deals in place with clients from all over the world from different industries. So far, the company is proving its worth with several successful launches now under its belt.

Nonetheless, it could be a few years before Virgin Orbit turns a profit. If this is the case, VORB stock could remain under pressure with investors looking for more immediate returns.

In the long run, we could see VORB stock leading the way for space launches. And looking even further out (10+ years), the company has even more opportunities. Imagine Virgin sending mining equipment to space for companies to mine different planets? It’s just a thought.