Why Is Crypto Crashing? Don’t Worry About It

We field a lot of questions from new investors. And the one that’s been coming in the most lately is: Why is crypto crashing? It’s a topic we’ve touched on before. No doubt we’ll be addressing it again in the future at some point. But for now, let’s look at the bevy of bad news that has sent the crypto markets in a downward spiral… and why you shouldn’t worry about it.

When Bitcoin hit a record high of more than $63,000 back in April, everyone wanted a piece of the action. Even folks that got burned in the 2018 Bitcoin crash wanted back in. And who could blame them? The crypto markets were positively on fire the first half of the year. Crypto was outperforming just about every asset out there… until it wasn’t. Which begs the question: Why is crypto crashing? 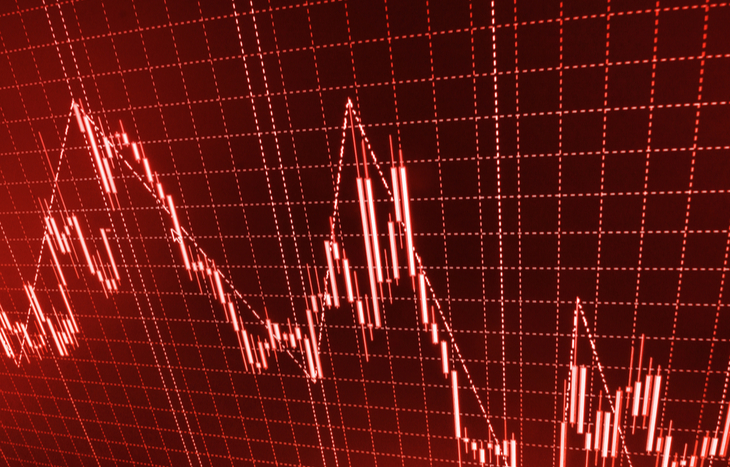 First and foremost, it’s important to note that all markets go through cycles. And busts happen nearly as often as booms. We’ve seen it in the stock market. We’ve seen it happen to the value of gold. Heck, even the value of Tulips has gone through this sort of cycle. So a drop in crypto prices shortly after the market overheated shouldn’t be too surprising.

But there’s more to this market than just whipsawing valuations. As crypto expert Andy Snyder points out, this is a headline-driven market. And as valuations rose, so did interest. When more eyes are looking for information on a given topic, they’re more likely to find bad news. The reason for that is simple: Bad news sells better. And media outlets are very aware of this.

When Reuters ran a headline saying “China bans financial, payment institutions from cryptocurrency business,” it crushed the crypto markets. It sent Bitcoin’s value plummeting 40%. The crypto markets as a whole lost an estimated $1 trillion in market cap. And this was in the aftermath of a single headline.

Now, if a China crypto ban were actually taking place, the drop in value would have been understandable. But that’s not what was happening. Again, we’ll leave it to Andy Snyder to explain…

What’s happened is a few Chinese watchdog agencies issued a warning about the speculative nature of crypto. That’s nothing new.

But those aren’t the kind of details that make for salacious click-worthy headlines. Now, to be fair, answering the question of why is crypto crashing comes down to more than one headline. However, the bad news has been coming at a steady clip. Plus there have been some genuinely troublesome happenings in the crypto space of late. Here’s a quick recap.

The Reuters headline mentioned above was just the start of the bad news to hit the crypto markets. So why is crypto crashing? Here are eight reasons:

Even if the crypto markets weren’t already rife with volatility, those eight events would be enough to inject some turmoil. But one man’s turmoil is another man’s buying opportunity.

Now for a Little Good News

In a very unscientific attempt at a poll, we’ve been asking around if people have heard about the headlines roiling the crypto markets. Nearly everyone had heard at least a few of the stories mentioned above. However, almost none of them heard the good news coming out of El Salvador.

The Central American country’s economy hasn’t been doing so well of late. In an attempt to bolster it up, President Nayib Bukele announced his country would be accepting Bitcoin as legal tender. And several other countries including Paraguay, Panama and Brazil are considering following suit.

This can have seriously disruptive implications on financial institutions – not to mention the remittance industry. Furthermore, this could lead to crypto adoption by tens of millions of new people. And even in a headline-driven marketplace like this, the laws of supply and demand still rule. And that’s why we’re not too concerned with the question “why is crypto crashing?” There are a lot of reasons. And quite frankly, it’s given investors the opportunity to buy crypto at a discount.

Now You Can Stop Asking Why Crypto Is Crashing

The bottom line is that all markets deal with ups and downs. Anyone that’s been dealing with crypto for more than a year knows this firsthand. But because this is such a new asset class, downturns always lead to extreme headlines. In fact, to date, Bitcoin has been declared dead more than 400 times by media outlets. In fact, there have been at least 28 Bitcoin obituaries so far this year. If only all of our “terrible” investments were up more than 15% on the year.

If you’d like to get crypto news without the media bias, we suggest signing up for Andy Snyder’s Manward Financial Digest e-letter. All you have to do is enter your email address in the box below. You’ll start receiving the latest updates hitting the crypto markets and ways to use that news to your advantage.