It feels like it’s been years since Elon Musk hosted Saturday Night Live. This event marked the peak of the Dogecoin hype. During the show, the Shiba-Inu-themed coin surged to just under 70 cents. Since then, Dogecoin has dropped about 80%. As I write this, it’s currently hovering around 15 cents and has been quiet for the past several months. But, as well all know, Dogecoin could come roaring back at any moment. So, will Dogecoin go up again? Let’s take a look. 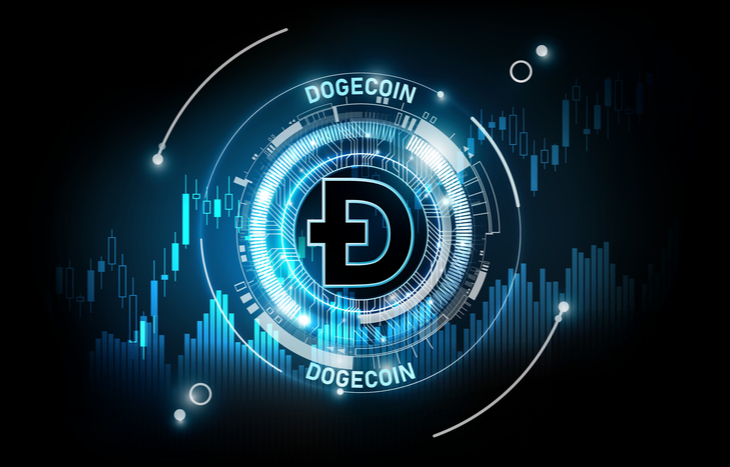 A Brief History of Dogecoin

Dogecoin was originally created as something of a joke in 2013. Its creator essentially wanted to satirize the hype around cryptocurrency. Since anyone could create a cryptocurrency, he didn’t feel as if cryptos were worth the attention that they were receiving. To mock the community, he created a coin based on a Shiba Inu: Dogecoin. Ironically, this ended up becoming one of the most popular cryptocurrencies.

The coin was first pioneered by Jackson Palmer and Billy Markus. During the crypto bull run of 2017, Dogecoin gained momentum and surged by 300%. These gains attracted more people to the coin and its community grew. It peaked after drawing interest from Elon Musk and the CEO of AMC.

Today, Dogecoin is still quite a ways away from its all-time high. However, it remains one of the world’s top cryptocurrencies by market cap. It currently has a market cap of $19.5 billion, which makes it bigger than Etsy, Caesar’s Entertainment and Playboy (in terms of market cap).

Dogecoin also still has a loyal following. The sub-Reddit r/dogecoin has about 2.3 million “subscribers.” So, will it go up? Let’s take a look at a few factors that could send Dogecoin back to 70 cents and higher.

Will Dogecoin go up? Potential Factors to Watch

When determining will Dogecoin go up, the first place to start is with Elon Musk. Elon has self-proclaimed himself as “The Dogefather.” In the past, a simple tweet from Elon was enough to send the cryptocurrency spiking. Sometimes, these tweets were related to his businesses Tesla or Starlink. For example, Elon sent Dogecoin soaring after tweeting that people could use it to buy Tesla merchandise. In other cases, Musk would simply tweet an image of a Shiba-Inu.

However, over time, Elon’s tweets have stopped having such an outsized impact on its price. It seems like the market has grown accustomed to it. These days, it would have to be a particularly important tweet to send Dogecoin higher.

If you’re interested in trading it, it’s a good idea to turn on Twitter notifications for Elon Musk. Doing this is one of the best indicators to predict when or will Dogecoin go up.

Musk is by far the most pro-Dogecoin celebrity. However, this doesn’t mean that others won’t join the community. These days, there are plenty of celebrities embracing Web3. Tom Brady launched an NFT marketplace. Reese Witherspoon endorsed the World of Women NFT collection. Steph Curry, Jimmy Fallon and many others bought Bored Apes.

In recent months, the conversation has been focused on NFTs. But the conversation could shift back at any moment. When it does, there may be an opportunity to buy it before it runs. This is why it’s important to constantly be combing social media for any buzz. Keep in mind that this buzz needs to come from outside the existing Dogecoin community. Ideally, it would come from a celebrity or other influential figure.

For some inexplicable reason, Dogecoin sometimes trades similarly to meme stocks like GameStop and AMC. There is honestly no logical reason why this happens and it’s not worth trying to understand it. However, tracking meme stocks could be another way to try and anticipate a rally.

A few of the most popular stocks are AMC, GameStop, Bed Bath & Beyond, Koss and Blackberry. If any of these stocks start to rally, it could be a sign that Dogecoin might follow.

Speaking of AMC, this is another organization that loves Dogecoin. This is probably because AMC is mainly owned by retail investors. The same retail investors that are buying AMC stock are usually the same ones buying Dogecoin.

AMC has already stated that it will let moviegoers use Dogecoin to buy movie tickets. However, there’s always a chance that it could further its relationship with Dogecoin. This could be another catalyst that sends Doge soaring.

One of the fastest ways to stay up-to-date on Dogecoin is to visit Reddit. Reddit has plenty of communities where you could find valuable information. For example, r/dogecoin and r/cryptocurrency frequently talk about Dogecoin and other cryptos. These are great places to find information, see what other people are thinking, and get the latest news updates.

If you are interested in trading Dogecoin then it’s critical to stay up-to-date on what’s going on in these communities.

Should you Buy Dogecoin?

Remember that, at the end of the day, predicting the future is impossible. Sitting here today, it’s impossible to ask yourself “will Dogecoin go up” and be 100% positive in your answer. The best that you can do is take an educated guess. If you feel over 50% confident that the price will rise then it’s worth buying. And, if you do buy Dogecoin, only do so with money that you are comfortable losing.

Another way to invest is to hold it over the long term. Instead of buying and trading it frequently, just allocate a portion of your portfolio to Dogecoin. By doing this, you are investing in the strength of the Dogecoin community. Over the long term, there is a good chance that this community will grow in size.

Holding it for the long run also allows you to profit from the growing popularity of crypto in general. For example, the world’s largest asset manager Blackrock is considering investing in crypto. If it does, then this news will probably lift the prices of all cryptos. This strategy is one of the most reliable ways to make money off of this volatile asset.

I hope that you’ve found this article valuable when it comes to learning if Dogecoin will go up in April! Please remember that I’m not a financial advisor and am just offering my own research and commentary. As usual, please base all investment decisions on your own due diligence.