The current Dogecoin forecast is giving investors optimism after a rough month for the “meme token” and other cryptocurrencies. The recent Bitcoin crash sent shockwaves throughout the crypto community and Dogecoin felt the blow as well. However, will the Dogecoin price continue on a declining trend line or accelerate to higher price points? 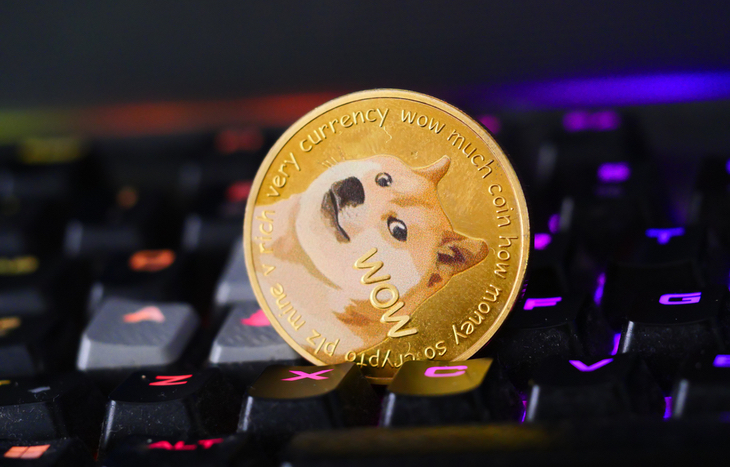 Dogecoin hit the market in 2013 as a community-driven meme currency. It quickly grabbed the attention of social media and public influencers. In fact, Elon Musk remains one of its most powerful supporters to this day.

But it has become a real investment opportunity over the past two years. And many investors have already reaped the rewards. Dogecoin ended 2020 at $0.0057 as one of the cheapest cryptocurrencies around. But 2021 began with a crypto boom that led the Dogecoin forecast to skyrocket.

Investors took notice and the hype began to grow across the internet and around the world. Unfortunately, the crypto crash in June brought everyone back down to Earth.

So, why do most experts and analysts have a bullish Dogecoin forecast going forward? This is due to a variety of factors.

First and foremost, Dogecoin is the 12th largest cryptocurrency in the world with a market cap of more than $19 billion. It also has many prominent investors and a massive following on social media.

But this isn’t why a bullish outlook is in play. In general, it comes down to Dogecoin’s formation of a symmetrical triangle pattern. This is a continuation pattern that is characterized by two converging trend lines.

After a period of consolidation, the Dogecoin price will breakout, or breakdown, from the trendline. And most experts are predicting a bullish trend with the potential for gains of more than 20%.

How to Invest in Dogecoin

Dogecoin’s rise in popularity coincides with the overall rise of the cryptocurrency market. And as a result, many of the most reputable exchanges now offer users the ability to invest in Dogecoin. If you are riding high on the current Dogecoin forecast, you can purchase the “meme token” on:

Without a doubt, Coinbase (Nasdaq: COIN) and Robinhood are the two most popular exchanges for Dogecoin investors. With Coinbase, you can invest in a variety of altcoins and even earn Dogecoin by learning about cryptocurrency through the company’s platform. Coinbase recently went public and it’s considered one of the best crypto platforms available today.

Robinhood, on the other hand, is planning to go public in the near future despite recent backlash and news headlines. It’s the most prominent mobile investing application on the market. Moreover, it added cryptocurrency to its platform in the first quarter of 2021. This led to a massive spike in its customer base.

With the bullish outlook of the current Dogecoin forecast, you can expect more investors to add this digital currency to their portfolios. Therefore, you may want to keep a close watch on this popular “meme token” over the coming months.

The world of cryptocurrencies is always expanding and driving investment trends. In addition, new altcoins are hitting the market each and every day.

Dogecoin is looking to regain its momentum after the crypto crash led to a massive dip in value. But if the latest Dogecoin forecast holds true, you may want to get in before it takes off once again.