Is an OpenSea IPO coming to the market? The company’s newly-hired CFO recently announced that the company has plans to go public at some point. Let’s take a look…

OpenSea IPO: About the Business 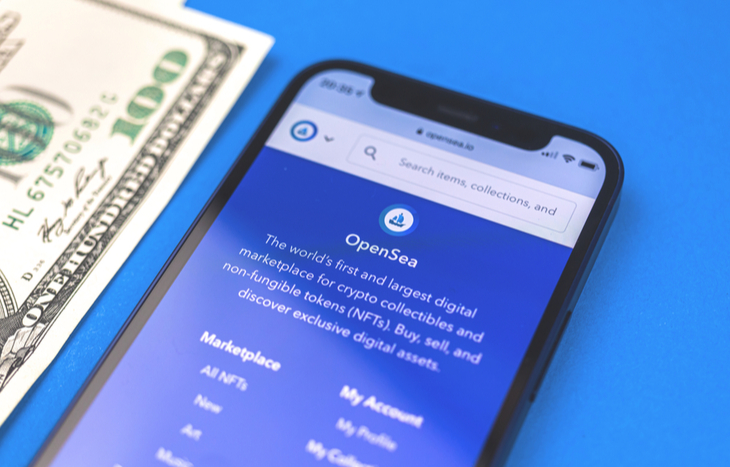 OpenSea is the world’s first and largest NFT marketplace. The company launched in 2017 and has 70 employees. Currently, OpenSea offers over 80 million non-fungible tokens (NFTs) to over 600,000 users.

As early NFT adopter communities formed on Discord, Devin Finzer and Alex Atallah became fascinated with the movement. However, they noticed that exchanging digital collectibles online was unreliable and risky. The two launched OpenSea in January 2018, creating the first open marketplace for NFTs on the Ethereum blockchain. Through the platform, users from all over the world can exchange assets on the blockchain without needing to rely on third parties or trust each other.

Today, OpenSea is the largest marketplace for NFTs, rare digital items and crypto collectibles. OpenSea contains more than just digital art. In addition, users can browse through collectibles, game items, domain names and even digital representations of physical assets. To make things easier… Think of OpenSea as an eBay for digital objects and collectibles.

Andreessen Horowitz, Coinbase, Dapper and other top firms back OpenSea. Additionally, other industry leaders support OpenSea, including Mark Cuban and Alexis Ohanian. OpenSea reached unicorn status after these industry giants helped it reach a valuation of more than $1 billion. Let’s take a look at the finances…

Opensea’s most recent funding round landed the company a $1.5 billion valuation in July. Andreessen Horowitz led the Series B funding round, including participation from angel investor Michael Ovitz and actor-investor Ashton Kutcher.

The fundraise is really all around bringing widespread adoption to NFTs… And it’s about growing the platform that we’ve built, which has seen significant volume growth over the last the first half of the year. We think NFTs are really one of those once every couple-of-decades paradigm shifts that is just incredibly exciting.

The funding for OpenSea reflects the changes in the internet economy and the adoption of digital tokens. To give an example, OpenSea recorded over $3.4 billion in NFT trading volume in August 2021. For reference, the number is more than ten times the volume for July.

Furthermore, OpenSea is already talking with investors about raising more funds, according to Bloomberg. According to sources familiar with the discussions, investors plan on pouring at least $1 billion into the company. The funding could land the company a valuation of over $12 billion. To prepare, OpenSea hired its first CFO.

Brian Roberts has become the first CFO of OpenSea. The tech veteran is leaving Lyft after leading the ride-share company through a public debut in 2019. Roberts expressed his excitement for OpenSea’s future, saying that the growth of web 3 companies and OpenSea’s marketplace for NFTs made it an easy choice.

“I haven’t been this excited about something in a very long time,” Roberts said. “It reminds me of 1995 eBay.”

Furthermore, it seems he has similar plans to take OpenSea public. The CFO hinted at first steps toward the OpenSea IPO in a December Bloomberg report.

According to Roberts, OpenSea is already profitable. However, going public would help the company to acquire companies, strike partnerships and create joint ventures. These measures would help OpenSea expand into new industries, Roberts said.

Roberts mentioned that OpenSea’s profitability makes it an easy decision to list the company. Bloomberg reported that while he feels it’s “day one” for the NFT industry and OpenSea, he’s already planning its IPO.

I’ve seen a lot of P&Ls (profit and loss statements) but I’ve never seen a P&L like this… When you have a company growing as fast as this one, you’d be foolish not to think about it going public. It would be well-received in the public market given its growth.

However, the cryptocurrency community expressed its distaste with an OpenSea IPO…

OpenSea users expressed their distaste after Rogers told Bloomberg that it would be foolish not to think about going public.

As a result of the cryptocurrency community’s backlash, the NFT marketplace denied plans for the OpenSea IPO.

Most users said they would prefer digital assets rather than taking the traditional financial route. Many users see the OpenSea IPO as a sellout to large institutional investors. Some users went on Twitter to complain that the company was more invested in venture capitalists’ interests than the community that drove its success.

The discussion even included replacing OpenSea with a more “community minded” and “decentralized” platform.” In response, Roberts tweeted that talk of the OpenSea IPO was misunderstood…

There was inaccurate reporting about @OpenSea’s plans. Let me set the record straight: there is a big gap between thinking about what an IPO might eventually look like & actively planning one.

He added the firm is not planning an IPO, but should one occur, it would involve the community in the process.

While the OpenSea IPO isn’t coming in the near future, you can check out this list of NFT stocks to capitalize off the digital craze.