Top 5 Palladium Stocks: How to Invest in the Expensive Precious Metal

The stock market is never dull. You can always find an industry trending for one reason or another. So far this year, the top palladium stocks are performing well, with commodity prices soaring.

In fact, commodity stocks are one of the few sectors with momentum right now. With inflation heating up, investors are looking to unload risk. And when this happens, the most significant moves often happen in energy stocks and commodities like precious metals.

After reaching an all-time high price of over $3,000/oz in May 2021, Palladium prices have slipped along with overall market weakness. They’re currently above $2,000, a significant drop from the May 2021 high.

Supply chains remain under pressure after closing several mines due to the pandemic. This could help to explain slipping prices. Unlike Gold and Silver, most of the world’s palladium comes from mining another mineral. As a result, the imbalance helps boost margins, leading to higher profits. 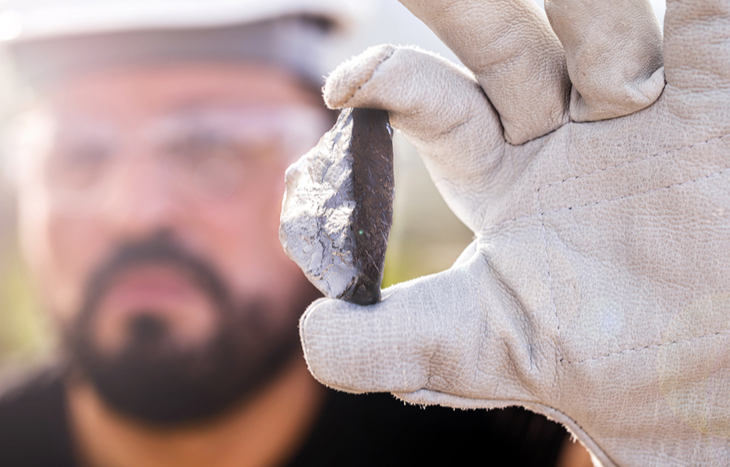 Investing in 2022 has been a challenge so far. Previous strengths like growth stocks and tech look weak, with bond yields rising. That said, if you started investing after 2020, you might want to buckle up. It could be a bumpy ride.

With this in mind, commodity prices are heavily influenced by supply and demand. And with higher industry use, demand could push palladium prices back up in the future.

The precious metal is mostly used to make catalytic converters. It turns toxic gases into CO2 and water vapor. Also being used in fuel cells powering cars and buses.

As governments and the private sector work together to promote less pollution, palladium is becoming a key material. That said, here are the top five palladium stocks set to benefit from higher prices.

Headquartered in South Africa, Anglo American Platinum is the largest global producer of platinum. As a result, the company is also one of the largest palladium producers. In fact, the mining company has three segments: Platinum Group Metals, Base Metals and Precious Metals.

Despite several obstacles causing mine closures, this palladium stocks company is achieving record growth. In the first half of 2021, Anglo reached a record EBITDA of over R108 billion. Not only that, but the company offers an attractive 9% dividend yield.

After buying out North American Palladium in 2019, the company greatly increased its production ability. That said, revenue was slightly down, -12% year-over-year (YOY) for Q2 2022. Sales were also down recently due to a variety of external factors such as power cuts and safety stoppages.

Even with cash flow in the red, this palladium stock is still rewarding investors with an impressive dividend yield.

Rather than investing in mines, A-Mark Precious Metals is a precious metal trading company. So far, the company has three areas of business. These include wholesale, secured lending and direct to consumer.

A-Mark sells precious metals including gold, silver, platinum and, of course, palladium in bars and coins.

With this in mind, the company is less prone to volatile metal prices than others on this list. The company is growing its top line with higher DTC sales and wider margins. Its net income for FY 2022 was down slightly from 2021 but was still a solid $133 million.

Platinum Group Metals is a Canadian company that has most of its palladium operations focused in South Africa. It’s currently working to develop the Waterberg Project which is an underground mine containing more than 12 million ounces of palladium.

Although it’s by far the smallest company on this list, owning 50% of the Waterberg mine is a strong asset.

Based on their Q2 2022 financial reports, they are not currently profitable. But, with certain big players such as Norilsk Nickel not trading anymore, this leaves room for others to step in. This is certainly a palladium stock to watch in the coming years.

Formerly known as Sibanye Gold, Sibanye Stillwater continues its aggressive growth, becoming a global leader in precious metals production. That said, the firm has a diverse portfolio, including gold, platinum, palladium and other PGMs.

Following its takeover of Lonmin in 2019, Sibanye became a global leader in platinum production. With this in mind, the company is achieving double-digit revenue growth since then with record earnings and cash flow.

That said, the firm is using the excess cash to pay down debt and pay dividends with over a 10% yield. With a diverse portfolio and solid revenue growth, Sibanye Stillwater is certainly a top palladium stock.

Investing in Palladium Stocks: What You Need to Know

However, when prices fall, palladium stocks generally follow the price action. The reason for this being lower prices drives lower margins. As a result, the stock slips in the short-run.

Palladium is most useful in catalytic converters, something EVs will not need. Taking this into account, the metal prices could drop in the coming years. That said, the top palladium stocks going forward will have portfolios diversified with other precious metals.