Penny cryptos are still making people oceans of money. The blockchain industry has gone a bit quieter than it was before. I’ll admit that. But that doesn’t mean much at all. Penny cryptos to buy are still growing larger and larger behind the scenes. More companies are buying into this tech. Or, they are creating their own.

So, you could buy those companies. But, the truth is that they don’t know what they’re doing. Not like companies that start life as a penny crypto.

These are very volatile. If you thought that penny stocks were volatile? Then penny cryptos will absolutely blow you away. That volatility can make your investment rise like crazy. But, it can also make it drop like a stone. So, do your due diligence and don’t invest more than you’re willing to lose.

Here are some penny cryptos that look like great investments right now. 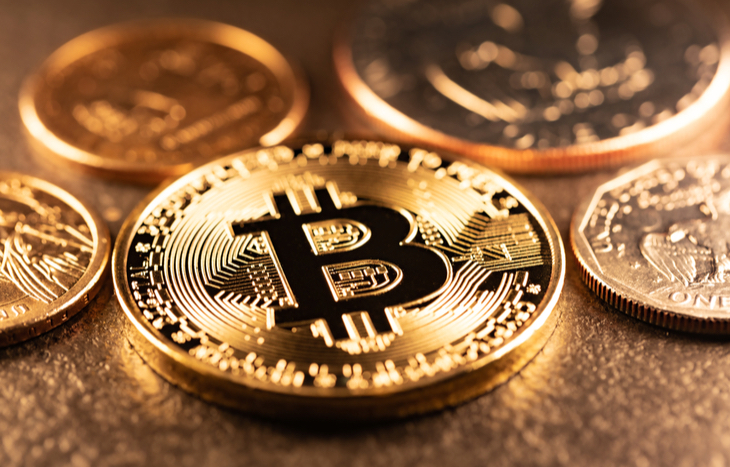 Cardano is much more energy-efficient than Bitcoin, also making it great for profitability. As such, it’s one of the top performing penny cryptos on the market.

What makes Cardano different? It allows private developers to create smart contracts. And these are contracts that can execute on their own. They give independent developers the ability to come up with complex decentralized systems.

Basically, it gives the developer much more control over how the contract is used.

Ripple is a very controversial penny crypto. It all comes down to the argument of how useful it is for banks. And whether it’s technically a security or not. Ripple has fast transaction speeds, a strong leadership team and is incredibly secure.

Plus, it’s very stable despite some very large amounts of coins sold by one “hodler” in particular.

I’ve got to be honest with you. I have a particular sentiment towards Dogecoin. Because it was the very first cryptocurrency I’ve ever traded. And it’s made me thousands of dollars from a hundred bucks. I was one of those people who was trading back when it was $0.003.

This doggie taught me how to trade.

The penny crypto to buy started as a joke. It stayed that way for some years, as it gained a loyal following. Sometimes, people would rally together and drive up its price temporarily. And these spikes didn’t last long. But they would come down to settle on a number above its previous price.

Then, when Dogecoin started taking off, it was a very exciting time for Doge fans and the crypto community.

And if I’m putting all sentiment aside, Dogecoin is much more stable than it used to be. Its market cap has grown up quite a bit. But it still has room to grow. It isn’t the largest cryptocurrency by market cap, but it’s up there.

There’s no limit on how many coins can be produced, so that may keep its price stable in the future.

And another interesting fact is that Elon Musk heavily promoted the penny crypto in the past. He even went on Saturday Night Live talking about Dogecoin. There was an entire skit dedicated to it.

It’s also worth saying that Jared Birchall began as a legal and financial adviser for Dogecoin in 2021. Jared is the head of Elon Musk’s family office. And he’ll represent Elon while working with Dogecoin. That’s a huge deal for this penny crypto.

Polygon is different from other cryptos. Because it gives developers a bunch of tools. These tools help make their blockchains perform much more efficiently. So, Polygon is for scaling chains. Plus, it adds the security and openness of Ethereum.

This penny crypto comes out of India. And, it was created to make Ethereum transactions faster and cheaper.

Keep reading for more on the best penny cryptos to buy.

It’s difficult to achieve speed, security and decentralization all at the same time. So, that’s where Algorand steps up. Plus, it’s permissionless, which means the network is open to everyone. This penny crypto was created by an MIT professor and computer scientist in mid-2019.

Algorand has many global clients. And they have their sights set on revolutionizing the financial industry. Finding that sort of mission and vision within any company is great for investors. But, making that come to life is even better for everyone involved.

VeChain is a blockchain focused on helping the retail-based markets. They provide Backend-as-a-Service (BaaS), which is a cloud computing service. Plus, they provide Software-as-a-Service (SaaS) and Platform-as-a-Service (PaaS). And those are all incredibly scalable models to be working with. Which means this penny crypto could easily take off.

VeChain also has their own VeToolchain. And it allows clients to find new ways to give value to customers.

This penny crypto acts as a solution for NFT’s, gaming and decentralized finance (DeFi). Plus, they also offer staking. In the crypto community, staking sort of acts like a bond. But, you can take your coins out whenever you wish. Staking is where the investor ties up their coins to earn a reward. This process is good for the investor. But, it’s also great for the company.

REEF has many large investors. Even Bitcoin has put in some cash.

How to Trade Penny Cryptos

Before you pick out a good cryptocurrency to buy, you need a penny crypto trading app. Some of these include Robinhood, Crypto.com, or Coinbase. There are quite a few out there. So, compare a few of them. Download the app, and create an account. Then, you can start trading penny cryptos.

When you are looking into these platforms, don’t be afraid to choose two or three. They each have a different volume of cryptos, security and withdraw options. And choosing one that’s highly secure is very important. And later down the road, you can also investigate getting a physical key to store your penny cryptos on.

Plus, you’ll want one that’s decentralized. It’ll keep your coins in a place that can’t be controlled by an outside entity. And that was the whole point in creating these cryptocurrencies.

So that nobody else could have control over your assets except for you. And here are some more crypto resources.