SOLO Crypto: A Price Prediction for 2022

The tokenization of assets is a relatively new concept in the world of cryptocurrency. But the teams behind SOLO crypto are hoping to take it mainstream. SOLO is the native token of the Sologenic ecosystem. Among other things, this sophisticated network takes advantage of the on-demand tokenization of assets like stocks and ETFs.

What all of this boils down to is the ability to use digital tokens to help fractionalize assets. Users of this service are granted the ability to trade certain assets against SOLO or Ripple (XRP) on the Sologenic decentralized exchange (DEX). It does so by using smart contracts on a blockchain to help manage ownership rights. 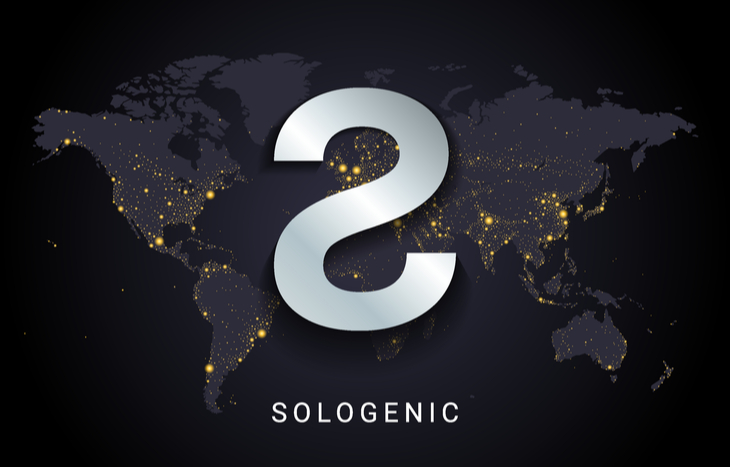 On its surface, this is nothing new. The ability to buy a portion of expensive stocks and ETFs has been around for a while. M1 Finance was one of the first operations to offer fractional shares back in 2017. Since then, the likes of Sofi, CashApp and Robinhood have all joined the fractional shares party. Even discount brokerages like Fidelity and Charles Schwab have added this feature.

However, SOLO crypto holders have access to fractionalized shares of stocks from more than 30 global exchanges. This is thanks to the Sologenic DEX infrastructure that connects financial systems with blockchain-based assets.  And this potent coupling allows SOLO crypto to be traded against assets like stocks, ETFs and commodities.

In other words, SOLO makes it easier than ever to trade in Asian, North American and European exchanges. That being said, this isn’t completely brand-new territory. Savvy investors have been trading around the world for decades. But the Sologenic DEX is just one aspect that SOLO crypto can be used for.

The Sologenic mission is to bridge the gap between crypto and traditional financial markets. And by some measures, it’s already managed to achieve that goal. But its DEX is just the starting point.

Based on the Ripple ledger, this network is gearing up to tokenize every aspect of the economy… With the hopes of spreading adoption so that cryptocurrency can be used in any way possible.

The team behind SOLO crypto can be broken down into two teams. On the one hand there are the folks behind Sologenic.org. These are the folks that developed the primary use case of SOLO crypto. This is where the DEX can be found. At last check, roughly 250,000 transactions take place there every week. These are executed by the roughly 2 million monthly visitors to the DEX.

While this might sound like a lot, it pales in comparison to other brokerages. Robinhood has an estimated 22.5 million active users. And this is with a mere $80 billion in assets under management. Charles Schwab, for instance, has $3.8 trillion under management. So, Sologenic has some catching up to do.

However, because it’s already laid some impressive groundwork, that seems in the realm of possibilities. Just a handful of years ago, Robinhood had less than 1 million active users. And the team behind SOLO crypto has more up its collective sleeve.

The other team (which is behind Sologenic.com) is in the process of procuring a MiFID II investment firm license. When this happens, it could open up a whole new world of tokenization possibilities. And with SOLO crypto as the primary utility token, this could mean big things for the future of its value.

Any crypto worth its salt these days needs more than one reason for its existence. And SOLO crypto comes with its fair share. On top of being the native token of the Sologenic DEX, it can be staked.

Those holding SOLO crypto have the opportunity to partake in the liquidity provider reward program. By doing so, those who stake their SOLO crypto can be rewarded with up to a 20% annual return. In this program, stakers can choose fixed time-based deposits, or use more flexible withdrawal terms. To learn more about staking check out this article on crypto staking.

Furthermore, a recent proposal has been made to give voting rights to SOLO crypto holders. If and when this proposition becomes reality, it could add more value to future Sologenic projects – not to mention the token.

There is also a new NFT marketplace on the Sologenic platform. And SOLO crypto plays a prominent role here. The marketplace is featured on the preexisting DEX. Here, users can mint and list their NFTs by spending SOLO crypto tokens. And naturally, SOLO crypto is the preferred method of payment for the bidding system.

As for those SOLO tokens collected as fees… They’ll all be burned immediately, which should drive up the value of the token by eliminating some of the circulating supply.

The Bottom Line on SOLO Crypto

Slowly, but surely, the Sologenic DEX has been gaining traction. But it’s worth mentioning that SOLO crypto has fallen more than 90% in value since hitting its 52-week high last December. So it’s got a lot of ground to make up before being considered anything besides a very speculative asset. However, the looming projects the Sologenic team have in motion could serve as major catalysts for the token’s price in the future.

The Sologenic DEX is already an impressive achievement. Though we would love to see the sometimes glitchy third-party service provider replaced by something in-house. And as of this writing, you can’t buy SOLO crypto directly on the DEX. You have to purchase XRP first, then exchange it for SOLO. This isn’t too cumbersome, but it does seem unnecessary.

In the end, SOLO crypto is supporting a solid foundation. Some are calling the Sologenic DEX “the Binance killer.” But we think it’s a bit premature for all of that. Nonetheless, we do like what we see. Some well spent marketing dollars to drive up its user base could propel this project and the value of the token up considerably.

But again, it’s got a long way to go just to get back to its former glory at $6 a token. That could mean that SOLO crypto is currently trading at one heckuva discount right now. And that makes it an intriguing gamble. But keep in mind, investing in a token like this is very much a gamble.

Is It Worthy of Your Investment Dollars?

Right now, SOLO crypto looks like it’s worth investing the money you wouldn’t mind losing. But we wouldn’t bet the farm on this token. In fact, we’ll probably wait until we can actually buy SOLO crypto directly on the Sologenic DEX. That would be enough for us to believe a bit more in this project. Until that happens (at the very least), we don’t see this token getting back over the $1 hump any time soon.