The Stripe IPO is one of the most anticipated Wall Street debuts. The fintech company is the highest-valued unicorn in America. The rumored IPO could be bigger than those of Coinbase, Instacart and Roblox.

So what’s the latest news on the anticipated Stripe stock? Here’s what we know…

Stripe IPO: About the Business 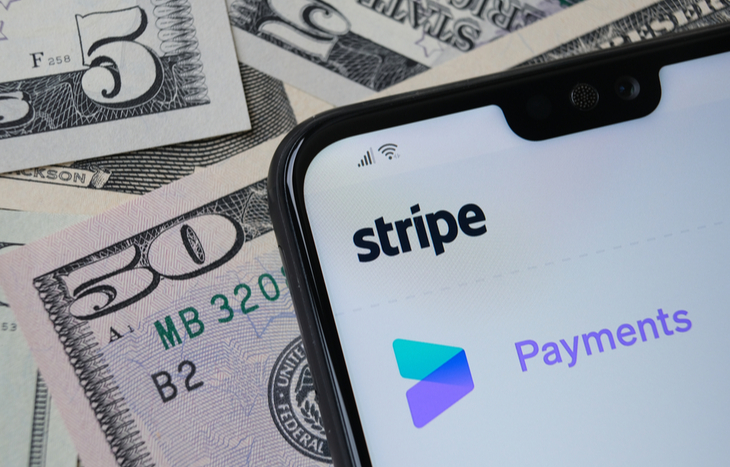 Irish brothers Patrick and John Collison established Stripe in 2011. The brothers left Ireland to study at Harvard University and MIT. In the following years, the two dropped out, moved to California and founded Stripe.

The company has dual-headquarters in San Francisco and Dublin, Ireland. Stripe employs more than 4,000 employees in 14 offices around the world. The company specializes in business-directed online payment processing.

With Stripe, businesses can streamline and modernize e-commerce. The company serves millions of businesses in more than 120 countries. Startups and industry giants alike use Stripe software to accept payments and manage business online. The company’s list of clients includes Google, Microsoft, Amazon and Uber.

Stripe is achieving its mission of increasing the GDP of the internet with a fast-growing global reach. The company boasts the following metrics on its website…

Stripe has become a major player in the fintech sector. The company is growing rapidly and shows no signs of slowing down. The market of online payment processing is booming — especially after COVID-19. In a statement, Stripe’s chief financial officer, Dhivya Suryadevara, said…

The pandemic taught us many things about society, including how much can be achieved — and paid for — online. While Stripe already processes hundreds of billions of dollars per year for millions of businesses worldwide, the opportunity ahead is much larger… than it was when the company started 10 years ago.

Company Valued at $95 Billion Ahead of Stripe IPO

Stripe has raised $2.2 billion from 39 investors. In March 2021, the company announced that it raised $600 million in a Series H round of funding that increased the company’s value to $95 billion. Since its $36 billion valuation in April 2020, Stripe has increased its valuation by more than 160%.

The company has an enormous private market value. Its valuation makes it the most valuable private startup in America, ahead of Instacart and Elon Musk’s SpaceX. More importantly, the valuation could set Stripe up to have the biggest IPO of all time.

The company is the second-most valuable unicorn on a global scale, trailing China’s ByteDance, which is valued at $425 billion. However, Stripe has announced expansion plans. Here’s what we found…

The company has raised massive sums of money. Currently, Stripe seems to be focusing on expanding globally. The company is using capital from funding to…

While keeping a close eye out for Stripe IPO news, the company has made other headlines. It recently announced plans to enter the cryptocurrency market. The company announced its new team dedicated to crypto and “Web3,” a new, decentralised version of the internet.

Collison didn’t offer any specific information regarding Stripe’s current crypto status when asked. However, it was not ‘implausible’ that there would be more progress in that direction, according to the co-founder. He added, “There have been a lot of developments of late with an eye to making cryptocurrencies better and, in particular, scalable and acceptable cost as a payment method.”

In the past, Stripe accepted bitcoin payments, but it stopped backing currency in 2018 due to market instability. However, things look set to change, explained Collison.

When Will Stripe IPO?

Reuters reported that the company hired Cleary Gottlieb Steen & Hamilton LLP as a legal adviser on its early-stage listing preparations in June. However, Collison recently commented on plans for Stripe stock at the Fintech Abu Dhabi festival, saying Stripe is “very happy as a private company.”

Collison went on to explain that Stripe is still in its infancy stages. “Part of where our patience stems from is the fact that it feels like we are very early in Stripe’s journey,” he said.

While there is no set Stripe IPO date, rumor suggest that Stripe is considering going public through a direct listing rather than a traditional IPO. The sources quoted in the report requested anonymity due to the confidentiality of the deliberations. Stripe and Cleary Gottlieb both declined to comment.

The Stripe IPO is one of the most anticipated IPOs of 2022. Despite this, make sure to research before you invest. IPOs can be volatile for the first few months.

However, if IPO investing interests you, check out our top recent IPOs and our IPO calendar. The calendar updates frequently to give you the latest news on upcoming and filed IPOs.

Furthermore, if you’re interested in other fintech investing opportunities, check out these top five fintech ETFs to add to your portfolio.