Why Is Crypto Dropping and How Long Will It Last?

The saber-rattling has concluded. Russia began lobbing missiles and sending troops over the Ukrainian border. In essence, that’s the short answer to the question, “Why is crypto dropping.” But there’s reason to believe this drop in the markets could be brief. Here’s why… 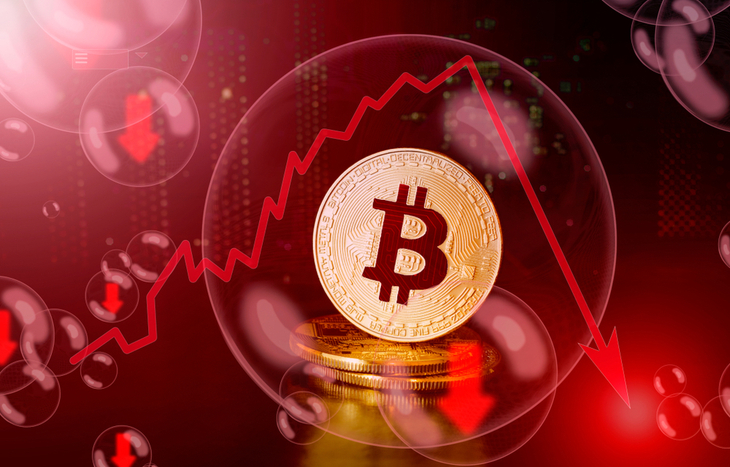 First off, we don’t want to sound glib. We recognize the horrors of war. It’s likely that tens of thousands of lives will be lost amidst this conflict. And millions more will likely be displaced. But we’re not war correspondents. We cover the markets here at Investment U. And that’s what we intend to do here.

Bitcoin, which was already substantially down this year, proceeded to continue its precipitous slide backwards. And most other altcoins fared even worse amidst the rapid selloff. For the first time in more than seven months, Bitcoin’s price fell below $35,000.

But the price of just about everything went in the opposite direction consumers would prefer. Oil prices jumped. And markets plummeted around the world. So with Bitcoin behaving like a tech stock, it’s no surprise that the crypto markets took a tumble on the news. But that might change soon.

Why Is Crypto Dropping? It Likely Won’t for Long

Just days before Russian missiles, tanks and troops headed towards Ukraine, Ukraine legalized crypto. Incidentally, Putin has recently done an about-face on his thoughts about crypto. He has voiced his displeasure with the country’s central bank push to ban crypto. He has since been in favor of a Russian government proposal to tax and regulate crypto mining.

So cryptocurrencies are again flowing freely in Russia. And the timing is no mere coincidence. As our friend Andy Snyder of Manward Press pointed out:

For Russia, the money that knows no borders has re-entered the country just as big sanctions have kicked in. Biden and his pals may be cutting off the banks and a few rich fellas who use them… but they can’t cut off the decentralized chain of computers that runs the Bitcoin blockchain (at least, not without really mucking up the world order).

And he notes that Ukraine had obvious reason to begin allowing cryptocurrency in the country. The country has been sieged. Its centralized systems are under attack. And its borders have erased. But that doesn’t mean that crypto will be either country’s savior. For all intents and purposes, crypto is still only an investment.

Both countries have been very carful in crafting their respective stances on cryptocurrency. Neither of the two have gone so far as El Salvador, which declared Bitcoin as legal tender last year.

Nonetheless, there’s likely to be an influx of crypto interest in the country in the near-term. And that’s likely to buoy markets. Additionally, there’s (unsurprisingly) no details released on how much Putin and his oligarch buddies are granted access to. But that’s likely to be a lot higher figure. Especially with increased sanctions resulting in a lack of access to certain funds.

This is why when it comes to the question of “why is crypto dropping,” we’re not too worried about that part. A whole lot more money is about to be heading to the crypto markets from new places… Whether we like it or not.

The Bottom Line on Why Is Crypto Dropping

Russia is likely to begin ramping up mining digital currencies. Russia’s massive energy surplus (which is only increasing as European countries shut their doors to it) and its workforce give Russia a competitive advantage for mining. To quote our friend Andy one more time…

Cheap energy, a cold climate (good for cooling computers) and a down-and-out workforce indeed make Russia an ideal place to mint the stuff.
Ukraine, on the other hand, doesn’t seem all that interested in controlling the market. It simply wants the money.

All of this is likely to result in increased demand. On top of this, any chance of a crypto ban coming out of Washington is even less likely here. There’s no chance regulators here in the U.S. will let Russia control that market going forward.

In other words, it’s better to stop asking why is crypto dropping. Instead, know that it’s trading at a discount for the time being. And that discount isn’t likely to last very long.