In Defense of Wells Fargo

If you want to be a better investor, you should strive to better understand what businesses do and how they work.

You should also strive to better understand how government and the media often work to undermine them.

A fine example is the recent mess at Wells Fargo (NYSE: WFC).

At dinner the other night, a group of friends was upset about it. “This is just another example of powerful Wall Street bankers sticking it to the little guy,” one fumed.

You might agree, particularly if you watched the televised flaying of CEO John Stumpf before a congressional committee.

But let’s take a closer look at what happened here…

This wasn’t just wrong. It was inexcusably wrong.

It reveals a shocking lack of oversight at the firm. It has damaged the bank’s reputation with its customers. And the firm – in addition to paying a $185 million fine – is getting hit with a wave of class-action lawsuits that will cost it many millions more.

But were employees directed by their superiors to open these sham accounts? Of course not.

The bank’s goal was to cross-sell various services to existing customers. When employees couldn’t open enough accounts to qualify for bonuses, many began opening bogus ones.

How much did the bank make from these accounts? Absolutely nothing. It lost money on them.

Investigators discovered that employees routinely closed the unauthorized accounts immediately after opening them. (The workers wanted the bonuses but not the customer complaints.) Where the accounts remained opened, the majority of customers contacted the bank and had the accounts closed and the fees reversed.

Wall Street “fat cats” did not perpetrate this, although some people prefer to think so. The bank’s sales force consisted of workers making less than $12 an hour.

It also did not boost the already ample bonuses of the bank’s top executives. Rather, the bank paid for the employees and paperwork to open the accounts and then again for them to shut them down.

When the problem was discovered, 5,300 employees were fired, the executive who oversaw them resigned rather than waiting around to get fired, and customers were made whole. Rest assured, there will be more dismissals at the bank and better controls put in place.

Still the question remains, how could this have happened?

Wells Fargo is not your local community bank. It has more than 8,000 branches, over a quarter of a million employees, and hundreds of millions of accounts.

As someone who formerly worked at one of the world’s largest investment banks, I can assure you that the accounts that get the least oversight are the smallest ones. And the ones that get less attention still are the ones with no transactions and zero balances.

Some will insist that banks need more regulations to stop things like this from happening. But that’s like saying we need to take things that are not legal and make them even more illegal.

Banks are swamped trying to comply with the tens of thousands of federal and state regulations already on the books – and the thousands of new ones created or modified each year. It is a Sisyphean task.

And who ultimately picks up the tab for all this compliance? Why bank customers like you of course, in the form of higher fees and even more microscopic yields. Yet lawmakers encourage us to direct our fury at the banks themselves rather than the politicians who create the costs.

I’m not excusing Wells Fargo. The bank is paying a serious price in penalties, litigation and lost good will – as it should.

Yet we shouldn’t forget that banks – those unloved institutions that offer us checking accounts, credit cards, consumer and business loans, mortgages, auto loans, electronic bill paying and other financial services that allow our lives to run smoothly – are competing tooth and nail to offer us the best products and services at the most competitive price.

However, companies are run by fallible human beings. Mistakes will be made.

But Wells never set up an orchestrated scheme to defraud customers. These were low-level employees – who should have been better supervised – exercising poor judgment and deplorable ethics.

I know that in this day and age, defending the banks – especially a tarnished one like Wells – is like standing up for the rights of terrorists.

But recall that Wells Fargo is a longtime holding of Berkshire Hathaway (NYSE: BRK). (The investment holding company owns more than 2 million shares.) Berkshire Chairman and CEO Warren Buffett only holds shares of companies with ethical and competent management.

Management was clearly not competent in this case, but it did not deliberately set out to injure its customers.

If you listened to the anti-business media coverage or the rants of incensed politicians trying to score points with uninformed voters, you may have missed this key point. 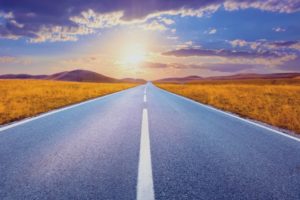