Ignore Tesla and Nvidia: Here Are 2 Under the Radar Stocks to Invest In

When it comes to investing, it’s easy to get hung up on the big boys. Stocks like Tesla, Nvidia and Apple receive the lion’s share of analyst attention. So, when new information is released, their stock prices react instantly. Due to this, it’s very difficult to get an informational edge over other investors. If you don’t have an informational edge then you don’t have much of an advantage. To compensate for this, many investors will seek out under the radar stocks instead of focusing on big FAANG stocks. 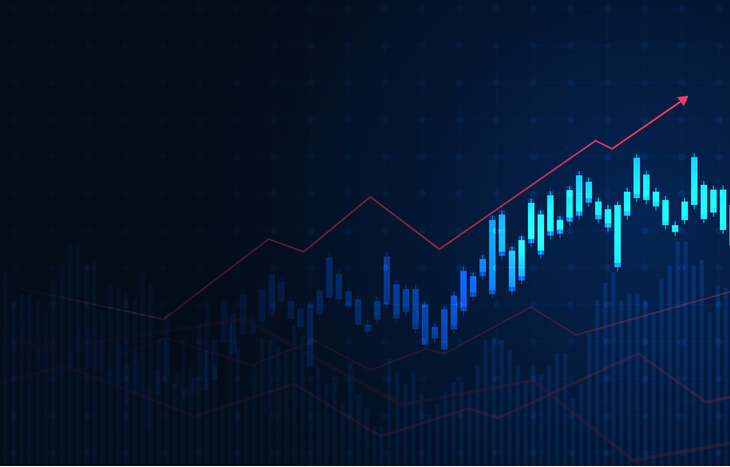 Top Under The Radar Stocks To Invest In

Under The Radar Stock No. 1 Yeti Holdings (NYSE: YETI)

You probably know Yeti as the company that sells $1,000 coolers. What a lot of people don’t realize is that Yeti has quickly expanded. Today, it’s much more of a lifestyle brand. It sells cooler, drink-ware, bags, and men’s and women’s apparel. There are a few reasons that Yeti is one of the strongest under the radar stocks.

Yeti just recently went public in 2018. Since then, it has posted three straight years of profitability and revenue growth. In Q3 2021, it posted net sales of $$363 million and an operating income of $74.2 million. Interestingly, coolers only made up 41% of its sales. Drinkware was actually the biggest moneymaker at 51% of sales. All of its segments are growing on a yearly basis:

On top of that, Yeti has an incredibly strong brand. Even if you don’t own a Yeti cooler, you’ve probably seen them or know about them.

Strong Branding Is Far From Under The Radar

Yeti is one of the top under the radar stocks in terms of Wall Street attention. However, in terms of consumer attention, it’s far from under the radar. Yeti’s Instagram page has nearly 2 million followers. Granted, this is well below The North Face, Patagonia and Lululemon. However, it’s more than Columbia, Salomon, and Hydro Flask. To help grow its brand, it has partnered with 144 different ambassadors.

In 2006, Yeti had just 2 main markets. It marketed products to fishers and hunters. Now, it markets to 13 different types of outdoorsmen. It’s also already got top-of-mind brand awareness in one product category. When you think of coolers, Yeti instantly comes to mind.

More often than not, a strong brand is the biggest driver of growth for young companies like Yeti.

In the U.S., Yeti also has plenty of room to expand. Right now, it is still mainly considered a cooler company. However, it is leveraging an omnichannel strategy to expand. It’s growing its online capabilities as well as selling through retail chains. As far as retail, it has partnerships with Dick’s, Bass Pro Shops, Lowe’s, REI and Schneel’s.

As Yeti expands into a lifestyle company, there’s a chance its sales could catch fire quickly. This is especially true considering the depth of its ambassador network.

As I write this, Yeti has a price-to-earnings ratio of just 29. In general, this metric does not quite give us the whole picture. However, this could mean that Yeti is priced fairly cheaply for how much money it makes per share. A P/E ratio of 29 is more on par for a massive value company, like Coca Cola. However, it’s fairly low for a rapidly growing DTC brand.

Yeti’s stock has dropped 40% over the past few months. However, this is most likely part of a broader market drop. If anything, it creates a cheaper opportunity to buy this up-and-coming lifestyle brand.

Under The Radar Stock No. 2 Enthusiast Gaming (Nasdaq: EGLX)

This next one is also one of my top esports stocks. In that article, I highlight my thesis for the esports industry. Here is the TLDR:

Enthusiast Gaming is one of the few companies that could dominate this up-and-coming industry. Right now, it’s working hard on building its moat. In its own words, it wants to, “build the world’s largest network of communities for gamers. This is what makes it one of the top under the radar stocks. Enthusiast Gaming is also partly under the radar because it’s a Canadian company. It just started trading on the Nasdaq in April 2021. Prior to that, it traded on the TSE.

Here are a few of Enthusiast’s biggest assets:

In addition to its portfolio of websites, Enthusiast Gaming patterns with over 550 gaming influencers. These influencers are mainly on Twitch and YouTube. Combined, they have a reach well into the millions.

There are three main markets in gaming. First, you have gaming publishers like Activision Blizzard and Electronic Arts. These are companies that actually develop games. Then, you have broadcasting platforms like Twitch and Discord. This is where gamers chat and follow along with each other. The third market is the fan community. This is what Enthusiast Gaming is going after.

This market is comprised of content creators and teams. Enthusiasts Gaming fills this market by providing community news and experiences.

The main demographic in this market is mainly Millennials and Generation Z. These two demographics are traditionally very hard to reach. This puts Enthusiast Gaming in a unique position as an advertiser. In fact, Enthusiast Gaming worked with Joe Biden’s campaign during the past election cycle. In total, it helped deliver 16 million impressions for the campaign.

This past campaign also saw record numbers of younger voters turn out. Obviously, this wasn’t entirely due to Enthusiast Gaming. However, it could have played a big role in it.

Owning a few websites and YouTube channels might not sound all that exciting. However, it adds up to a bigger reach than you’d expect. According to Enthusiast Gaming, its network reaches more unique monthly visitors than many major sports outlets. This includes NBC Sports, CBS, and the NFL. Enthusiast Gaming also generates more average views per visit than these outlets.

Unlike Yeti, Enthusiast Gaming is still in the early stages of profitability. This is what makes it one of the top under the radar stocks. When it finally starts making millions, it will no longer be under the radar.

The management team has a four-step plan to reach profitability. Here are the different phases:

I hope that you’ve enjoyed learning about these three under the radar stocks to add to your portfolio. As usual, please invest based on your own research and due diligence.