Best Places to Retire in Mexico in 2022

More and more Americans are retiring in Mexico. In fact, U.S. News recently reported that more Americans have retired abroad in Mexico than in any other country. But where are the best places to retire in Mexico in 2022?

As a whole, the beautiful weather and beaches are a great start, but Mexico also has a low cost of living. Furthermore, the wide range of lifestyle options is much different than in the States. You can completely reinvent your life south of the border.

Where are the Best Places to Retire in Mexico in 2022?

While many resort towns appear in the list below, Mexico has a lot more to offer. Colonial living is becoming a staple of Mexican culture, along with a backdrop of beautiful mountains and lakes. If you have an interest in where to retire in Mexico, it’s important to consider certain factors. These include:

Your needs will differ from the next person. Yet the factors above apply to all retirees when deciding on the best places to retire in Mexico. The following list includes everything from beachfront cities to festive towns in the mountains.

Resting in the Sierra Madre Mountains is Durango City. It’s the capital and largest city in the Mexican state of Durango. The city is famous for its colonial architecture and historical monuments.

Durango City is full of retail markets, which include many shops and boutiques. There are also growing retirement communities from Australia, the United States and South Africa. Durango is perfect for anyone looking for an authentic Mexican experience.

Álamos will give you a stunning landscape and a magical experience in retirement. A national treasure of sorts, the small Mexican town has 188 National Historic Monuments, according to The New York Times.

Here you can find colonial mansions that are great affordable places to retire in Mexico on a budget. Furthermore, it’s home to some of the best cuisine in the country, such as Teresita’s and La Puerta Roja.

Culture Trip ranks San Miguel de Allende as one of the most beautiful cities in Mexico, and we couldn’t agree more. From the breathtaking architecture to its thriving arts scene, San Miguel is commonly known as one of the best cities to retire in Mexico.

Its mild climate, low crime and access to major cities is a key reason behind the growing number of American and Canadian residents. It’s only 60 miles from the state capital of Guanajuato and 170 miles from Mexico City. In San Miguel, you can make yourself at home with cobblestone streets and Spanish colonial homes.

Morelia gives you as unique a retirement destination as possible. This 16th-century Mexican town was designated as a UNESCO World Heritage site in 1991. The Spanish Renaissance played a huge role in this city’s development, which you can see through Morelia’s cantera stone buildings and vibrant atmosphere.

Morelia is at the center of the music scene in Mexico. It’s home to the Conservatory of Roses Music School, which is the oldest of its kind in the Americas today. 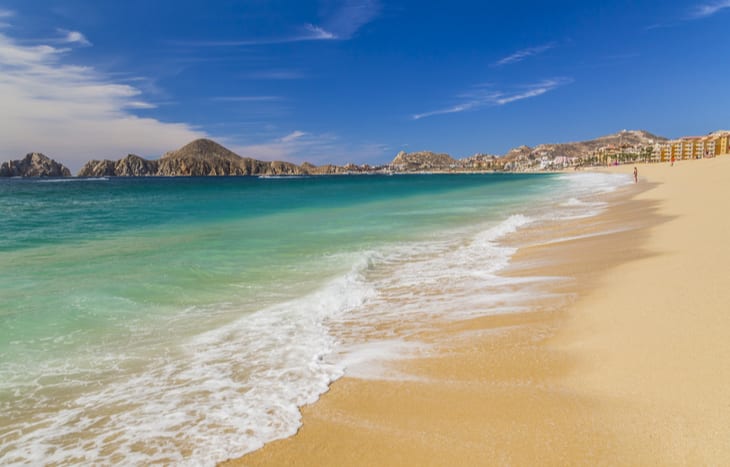 The resort city of Cabo San Lucas is known for its beaches and marine life. Though it’s one of the most popular tourist destinations in Mexico, it has also become a hot spot for retirees.

Cabo is perfect for anyone looking to soak up the sun while enjoying a bustling nightlife. It’s home to Cabo Wabo Cantina, which is owned by rock legend Sammy Hagar. Breweries – most notably Baja Brewing Company – have also become a hit recently in Cabo. All of this and more makes it one of the best places in Mexico to retire.

Mérida is the largest city in the state of Yucatán, and it’s less than 30 miles from the Gulf of Mexico coast. It’s a growing modern city that retains its colonial feel through its architecture.

As the cultural center of Yucatán, Mérida features a wide range of museums, restaurants, shops and art galleries. Better yet, the city is famous for its local Mayan cuisine, along with variations of Caribbean, European and Middle Eastern foods.

Puerto Vallarta has it all. The boardwalk is iconic, and the downtown area is full of energy. While the entertainment value speaks for itself, its recreational benefits are just as exciting.

Puerto Vallarta is a delight for water sports, including windsurfing, flyboarding, kayaking, parasailing, jet skiing and more. On occasion, you may even find yourself swimming with dolphins in the Pacific Ocean for an experience unlike any other. This is the perfect city to retire in Mexico for those looking to maintain an active outdoor lifestyle.

Mazatlán is affectionately known as the “Pearl of the Pacific.” It’s Malecon oceanfront is as scenic and beautiful as it gets, and it’s also a great place for a morning jog, walk or bike ride.

While hitting the beach is a must, there are plenty of activities to keep you busy in Mazatlán. These include hiking up to the El Faro Lighthouse, catching a show at the Angela Peralta Theatre or experiencing the world-renowned Mazatlán Carnival.

I’m sure by now you have noticed a trend of coastal resort towns on this list, but Playa del Carmen is one of the most notable. According to International Living, it’s the fastest-growing city in the country.

The palm-studded white sand and clear waters help Playa stand apart. It’s affordable with one of the best active retirement communities in Mexico. Overall, Playa del Carmen is a luxurious and social city with lots of potential for retirees. 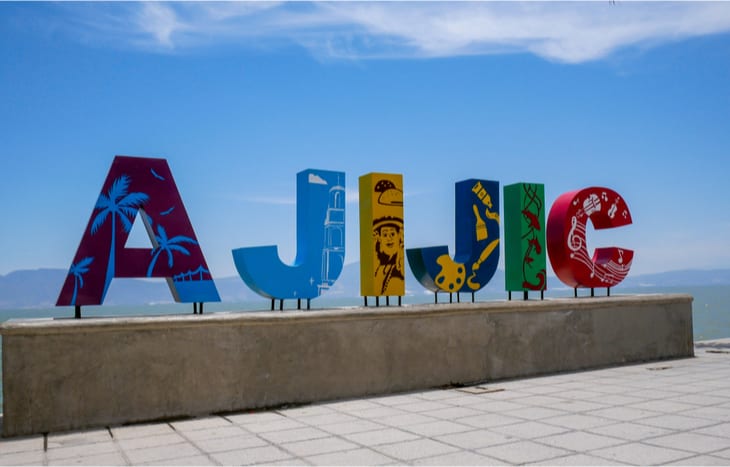 Ajijic may not be the first place that comes to mind when you think about retiring abroad, but it certainly deserves the top spot on this list. Resting along Lake Chapala, the Ajijic countryside is natural beauty at its best. The city itself is tucked between the lake and the Sierra Madre Mountain range.

You’ll have easy access to the best healthcare and hospitals in Guadalajara, which is less than an hour away. However, you won’t have to live with the daily stresses of the big city lifestyle.

Ajijic is a charming and colorful city that is extremely affordable. According to Forbes, a full meal at some of the area’s best restaurants costs around $6, while property taxes on a 2,500-square-foot home are just $150 a year. It’s hard not to appreciate how inexpensive such a beautiful city like Ajijic is, and that it is one of the best places to retire in Mexico as an American, especially if you’re on a budget.

Finding the Best Places to Retire in Mexico

If you’re not ready to move abroad for your retirement, consider the best places to retire in the U.S., such as California, Arizona, Texas, South Carolina, North Carolina, Florida, Georgia and more. Each of these areas have their own benefits for retirees that may be perfect for you and your family.

When most people think of Mexico, they think of beautiful beaches, great weather and great food. But it’s no longer simply a vacation destination. Find the best places to retire in Mexico and consider this affordable and beautiful country for your retirement experience.