As we anticipated a few weeks ago, crypto regulations in the U.S. are coming. But there’s no reason to panic. We knew it was just a matter of time until President Joe Biden signed a cryptocurrency executive order into law.

Nonetheless, the announcement that it was coming a few weeks ago rattled the markets. And now that it’s been issued, the crypto markets are shaky once again. Bitcoin was down more than 6% since the order was signed. The price of Ethereum and Solana took it on the chin as well. But this executive order isn’t necessarily a bad thing. Here’s why… 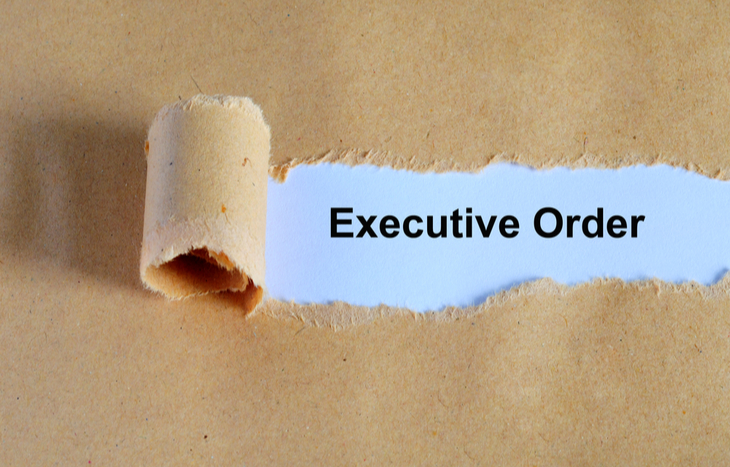 In the world of decentralized finance (DeFi), any sort of oversight or regulation is often deemed inherently bad. For instance, Coinbase recently blocked 25,000 crypto wallets linked to Russian users amidst the invasion of Ukraine. And it wasn’t difficult to find folks who sympathized with Ukraine, but balked at the move.

The fact of the matter is that cryptocurrencies can’t continue to play the role of rebellious teenager anymore. There are rules when it comes to finance. And furthermore, the oversight that will gradually unravel from this cryptocurrency executive order could actually be a step towards increased adoption. And from our vantage point, we think that’s a good thing.

The Five Key Components of the Cryptocurrency Executive Order

The measure, which was just signed into law covers a fair amount of ground. (You can read the fact sheet here.) But there are just five key areas worth most investors’ attention:

Let’s unpack these six points starting from the top.

This might sound like a move to push crypto into the no-fun zone. But it’s probably long overdue that regulators start taking a closer look at rug pulls and crypto scams of all sorts. According the details from the cryptocurrency executive order this will culminate in policy recommendations made by the Treasury Department.

What those recommendations actually consist of are still up in the air. And it’s highly doubtful that the department will be able to fully protect U.S. investors from scams launched in other countries in decentralized platforms. But maybe just the threat of legal action will be enough to slow down the number of crypto scams launched each year.

When it comes to this bullet point, we think it’s about time. The language from the cryptocurrency executive order is a bit vague. But it alludes to the potential risks splayed out by stablecoins. And we think it’s high time an oversight body start looking into Tether. There are some $80 billion of this token in circulation. But it’s wildly under-backed by actual greenbacks.

As we’ve noted time and time before, Tether is deserving of a thorough examination. Tether runs a real risk of defaulting. And that would likely do serious damage to the crypto markets as a whole. You see, most of the U.S. dollars Tether is backed by are actually short-term debt obligations such as commercial paper. This has been an albatross hanging around the crypto markets neck for too long. And we hope the Treasury Dept. does something about it.

This one’s a no-brainer… Although it will likely make the hackles of the crypto community stand on end. But look, those who haven’t dipped their toes into the crypto markets often cite one of two reasons. Either it’s:

And to be fair, we’ve already seen the Feds pull of some major busts in the crypto-verse of late. The Department of Justice recovered $2.3 million from the Colonial Pipeline hack last year. And more recently $3.6 billion in Bitcoin was seized in relation to 2016 Bitfinex hack. So the Feds are already on this case. And to be frank, this probably has more to do with trying to root out Russian oligarchs that may be using crypto to circumnavigate sanctions.

In some ways this is a catch-all. Crypto has already made its share of innovations. And even without any type of regulation, it’s becoming more responsible. New blockchains are faster and more environmentally friendly than the first ones were.

But the scope here is a bit wider. This bullet of the cryptocurrency executive order will culminate in a report from the Secretary of the Treasury. So we get to look forward to a report on “the future of money and payment systems.” Also, the “implications for economic growth, financial growth and inclusion.” The report will be rounded out with the technological innovation that may influence that future. And no executive order would be complete without some mention of how the topic may help or hinder national security. It should be riveting stuff, we’re sure.

This is both our favorite bullet point and the one that brings a cause for pause. Most major governments have taken a distinct stance when it comes to cryptocurrency. El Salvador and China have probably been the most resolute – albeit in different directions.

However, the U.S. has taken a. Fairly laissez faire approach. But now that Russia has doubled down on crypto, it makes sense that the U.S. would want to address it. Again, the Biden administration doesn’t want Russia to gain too much of a competitive advantage here. No doubt, rich Russians are already using crypto to get around individual sanctions. But we’re hoping the government figures out a way to incentivize mining activities here. This could help keep the U.S. on pace with Russia’s efforts.

And that’s the big reason why the cryptocurrency executive order wants to figure out a way of “establishing a framework to drive U.S. competitiveness and leadership in, and leveraging of digital asset technologies.”

But that also leads into the exploration of a digital dollar. Rumors of a proper dollar-backed Central Bank digital currency (CBDC) have been flying for ages. We’re not overly thrilled about the idea. Nobody’s really addressed how most banks would or would not interact with a digital dollar. On top of this, access to a CBDC for lower income, bankless individuals could also be a major issue. Plus, most of our dollars are pretty much digital these days anyway. Hopefully, this last bit is a non-starter.

The Bottom Line on the Cryptocurrency Executive Order

President Biden has now signed the cryptocurrency executive order. That being said, there are still more questions than actual answer. What the respective branches of government decide is somewhat up in the air. But we’re happy to see that the U.S. is at least recognizing it as something worth looking into… Even if it does come with a tiny bit of government oversight.

In the long run, this could likely have a more positive impact on the crypto community than negative. And with any luck, it will help shake off some of the negative feelings that have been holding back the crypto curious.