A List of the Top Penny Stocks That Went Big

Some of the biggest industry players came from penny stocks that went big. If you know what you’re doing with these stocks, you can make a lot of money. However, penny stocks come with a lot of risks and aren’t suitable for everyone.

However, if you can buy and hold through market volatility and recessions, there’s value in learning about penny stocks. Furthermore, you could be one of the early investors in what could be a major company in the future. 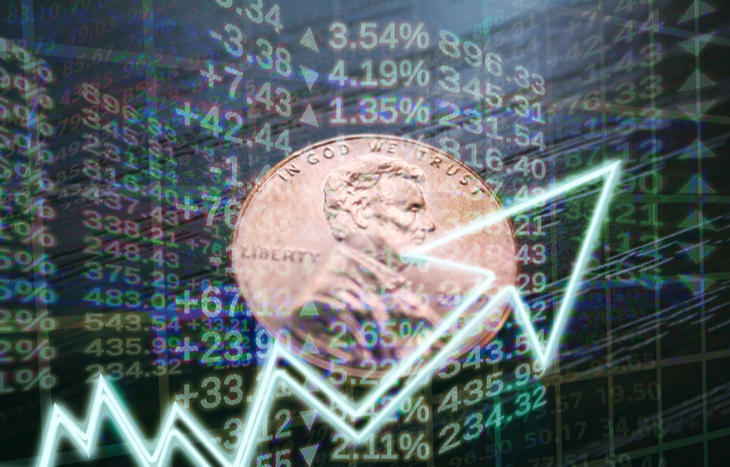 What are the Penny Stocks That Went Big?

What makes a ‘successful’ penny stock? Let’s dig in…

A penny stock is any stock that trades under $5 per share. These companies usually come with high volatility and low market capitalization. Although, the shares of many billion-dollar companies once traded for less than $5 per share, including some FAANG companies.

In recent years, there haven’t been many penny stock companies that went big. Although, it does happen. Penny stocks are typically backed by speculative companies that don’t have as much transparency or liquidity. And this makes them easier targets for “pump and dump” schemes. Certain traders can try boosting the price of a stock so that they can sell it at a huge profit while leaving the rest of investors behind. Despite this, some penny stocks succeed in becoming long-term winners, often due to certain milestones or the success of a product.

Nevertheless, remember that a successful company takes years to build. It might be true that the companies below are success stories, but they took many years in the making.

Some of the names on this list will surely make you wish you’d bought some shares when these companies traded at penny stock prices.

That said, let’s look at some of the penny stocks that went big. Furthermore, I’ll explain their success stories over the years…

Few people associate Amazon with penny stocks. However, Amazon itself was once traded at low prices.

To be clear, Amazon stock was never technically a penny stock. However, with later stock-splits being accounted for, Amazon stock-would have traded for $1.73 per share following its public debut.

Taking the effects of splits into account, if you paid $18 per share for Amazon at its IPO, your shares would now be worth over $42,000 each. After all, this company is one of the most successful penny stocks in history.

Ford is worth close to $55 billion today. However, the company is easy to invest in, with shares only trading at around $14 per share as of May 2022.

Although it has a price near penny stock territory, Ford is one of the most well-known car companies worldwide. So, why is Ford stock so cheap?

Ford stock’s performance over the years looks like a rollercoaster. Moreover, auto stocks are heavily influenced by the market and economy. During economic recessions, demand for vehicles drops… A lot.

As a result of the 2008 recession, Ford’s stock price fell to a staggering $1.80 per share. The stock recovered and was somewhat stable for a few years. However, during the pandemic-driven bear market of early 2020, the stock fell below $5 per share once again.

This stock is somewhat volatile and tends to crash when the market does. However, thanks to a recovering economy and Ford’s move into the electric vehicle market, this company’s long-term stock forecast looks promising.

In 2021, GameStop was the big story. The stock was worth around $4 in 2020, but prices soared in 2021. Moreover, this turnaround showed the power that individual investors can have over a stock.

The proof is in the numbers – at one point in 2021, GME stock traded for around $325. In just a year, the stock faced a staggering increase of around 8,000%. No, that’s not a typo. It’s the effect of your average Joe investors working together to surge a stock – with the help of Reddit. You can learn more about what happened with GameStop stock here.

GameStop stock has dropped since the staggering surge. As of May 2022, the stock trades at around $114. However, there’s a valuable lesson here.

Volume is always a positive factor in penny stocks. A penny stock with spikes in trading volume and social buzz often indicates a bright future. As a result, it’s become more common to see retail traders working together to turn penny stocks into multibaggers.

After all, it turned GameStop into one of the penny stocks that went big. You can look at Gamestop’s stock forecast and predictions here.

You may not be familiar with this company. However, this company has affected you if you’ve ever bought a computer. In fact, this semiconductor stock is a major rival of Intel. And this rivalry is nearly as old as the semiconductor industry itself.

For many years, AMD has been a flea in Intel’s ear. However, it has now grown to be much more.

In January 2021, for the first time in 15 years, AMD overtook Intel in desktop central processing unit (CPU) market share. This figure is according to the PassMark CPU usage data chart and represents AMD with 50.8% of the market vs. 49.2% for Intel.

This is the first time AMD stands ahead of Intel since back in Q1 2006. This presents a unique opportunity for this penny stock that went big. Moreover, continuing trends indicate AMD’s share price isn’t likely to return to its mid-2016 levels when it traded at around $5. AMD stock currently trades for around $95.

For those unfamiliar, Plug Power is at the forefront of the hydrogen fuel cell market.

Since the reverse stock split, the company’s stock performance is volatile… and that’s an understatement. This stock is not for the risk-averse. It has a long history of ups and downs – with a lot of emphasis on downs.

Although, the stock has picked up in recent years as a result of renewed interest in the hydrogen market. The stock broke penny stock status in June 2020 and ran up to $67 by early 2021. Although, this was short-lived after Plug announced it would restate its financial results going back to 2018 following accounting errors.

The company has faced several spikes and drops since then. It currently trades at around $18 per share. Moreover, Plug Power stock is a striking example of the volatility that can come with penny stocks. Moreover, it stresses the importance of doing your research before investing.

The Final Line on Penny Stocks That Went Big

After looking at penny stocks that went big, some of today’s current penny stocks may look promising. Although, these stocks are generally high-risk securities with low market caps for a reason.

There’s value in learning about these stocks. After all, these companies didn’t get to where they are today without the help of retail investors. And it took years and major catalysts to reach the scale they’re at.

If you play your cards right, today’s penny stock could be an industry giant in ten years. For the risk-hungry investor, this could reap massive rewards. But returns are never guaranteed, and this is especially true for penny stocks.