Many tech IPOs have hit the market over the past few years. They’ve opened doors for investing in some great companies. This isn’t a new trend, but it’s picking up steam.

There are some great IPOs set or rumored for 2022. I’ve also included some big ones from the past year. That way, if you’re ready to invest in a company today, you don’t have to wait.

Overall, many of the companies below have great growth potential. And there’s even a chance some of them will join the ranks of the tech giants… 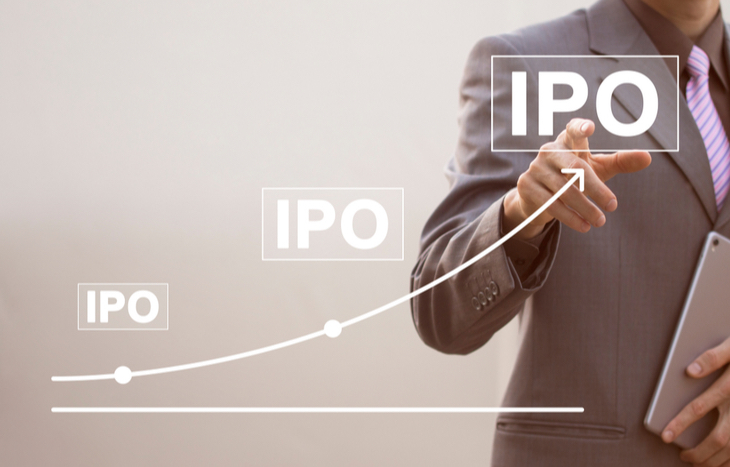 Technology is taking over the market and this bodes well for new tech stocks. The five largest companies in the S&P 500 – Apple, Microsoft, Amazon, Google and Tesla – are all technology companies. And there are many other tech giants not far behind them.

All these companies come from humble beginnings. Many of them started in garages and took some time to go public. And since going public, they’ve soared well past their IPO values. For example, Google went public in 2004 in a deal that valued the company around $23 billion. Jumping forward to today, Google’s market cap has climbed above $1.5 trillion.

The newest company in the top five, Tesla, went public in 2010. At the time of its IPO, Tesla’s market cap was around $2 billion. Since its public debut, the company has climbed to almost $760 billion.

The stage is set, and some new tech IPOs might join these giants. The growth potential is huge. And many investors are trying to find the next big tech stocks. So let’s dive into the current and upcoming opportunities…

Starlink has no filings or official announcements to go public yet. However, Elon Musk announced Starlink plans to go public in the future. However, the company may need some more time to balance out its cash flows.

Mobileye is on its way to making its public debut. The company recently announced it confidentially filed paperwork with the SEC to IPO. Mobileye plans to list on the public exchange after the SEC completes its review process.

Reddit is going public soon. The company has already confidentially filed paperwork with the SEC. So, investors should prepare for Reddit stock to debut any day now.

Chime is planning to go public in 2022. The company has announced intentions to debut on the public market. However, the company announced it’s delaying its IPO until later this year due to market volatility. The Chime IPO will likely come in late 2022.

Lacework has not released any official information about its plan to IPO. However, the company is working toward going public. Lacework recently announced that it’s exploring different ways to make its public debut.

Discord has not announced any information about its plans to go public. However, the company recently amped up its board of directors. This announcement has investors speculating that the Discord IPO could happen in 2022.

Instacart has no filings or official announcements to go public that I’m aware of. However, sources have reported that Instacart is talking with Goldman Sachs to underwrite an offering estimated to come in 2022.

Stripe is another big fintech company to watch. There isn’t a set date for a Stripe IPO, and it might not IPO at all. Even though 2022 is setting up to be a big year for tech IPOs. If there’s enough investor interest, we might see it on public exchanges this year.

ThoughtSpot hasn’t announced plans to go public, but it appears to be moving in that direction. The company recently completed its transition to the cloud. Furthermore, Thoughtspot recently landed a $4.2 billion valuation that might lead to it listing shares publically.

Databricks hasn’t confirmed it’s going public. There’s a strong case that may change in 2022, though. Databricks is growing quickly and could benefit from listing on a public exchange.

For a larger list of the top IPOs in 2021, click on that link. You’ll find descriptions for each company listed on that page, along with access to their prospectus filings.

Many of the companies above will continue to hit new highs over the coming years. Some might even join the ranks of the tech giants. But some will inevitably flounder and fade away.

That’s why it’s good to diversify. By owning a basket of these companies, you’ll increase your chances of investing in some of the big winners.

Furthermore, if IPO investing interests you, check out our top recent IPOs and our IPO calendar. We update it daily to give you the latest news on upcoming and filed IPOs.